Typhoon “Compass” approaches the path of Hainan Typhoon Compass, real-time release of the latest position of the system-Minnan Net

Typhoon “Compass” approaches the path of Hainan Typhoon Compass, real-time release of the latest position of the system

The center of this year’s No. 18 typhoon “Compasses” is today (13th) at 10 o’clock in the morning on the northwestern part of the South China Sea, about 205 kilometers east of Wanning City, Hainan Province. It is 19.1 degrees north latitude and 112.3 degrees east longitude. The maximum wind force near the center is There are 12 levels (33 m/s), the lowest central pressure is 970 hPa, the radius of the seventh wind circle is 260-420 kilometers, and the radius of the ten wind circle is 100-150 kilometers.

It is expected that the “compass” will move westward at a speed of about 30 kilometers per hour, and its intensity will increase. It will land on the coast of Wenchang to Lingshui in Hainan around the evening of the 13th, with a landing intensity of typhoon level (12 -13 level, 33-40 m/s). After landing, the intensity gradually weakened, passing through Hainan Island, moving into the Beibu Gulf in the early morning of the 14th, and then towards northern Vietnam.

Gale forecast: 14:00 on the 13th to 14:00 on the 14th, near the western and southern East China Sea, east of Taiwan, Taiwan Strait, Bashi Strait, central and northern South China Sea, Beibu Gulf, Qiongzhou Strait, Xisha Islands, Zhongsha Islands and Huangyan Island The sea areas, as well as the coastal areas of Zhejiang, Fujian, Guangdong, Guangxi, Hainan Island and its coastal areas will have strong winds of magnitude 6-8 and gusts of 9-10. The wind force of Leizhou Peninsula, Hainan Island and some sea areas or areas along the coast of Guangxi and other places can reach 9-10 and 11-13 gusts. The wind force in the nearby sea or area passed by the center of the “compass” is 11-13. , Gusts can reach 14-16 levels.

1. The government and relevant departments shall do a good job of typhoon prevention and emergency response in accordance with their duties.

2. Water operations in relevant waters and passing ships should return to the port to take shelter from the wind, strengthen port facilities, and prevent ships from anchoring, grounding and collision.

4. Reinforce or dismantle structures that are easily blown by the wind. People should not go out at will. They should stay in a wind-proof and safe place as much as possible to ensure that the elderly and children stay in the safest place in the house, and those who are in danger are transferred in time. When the typhoon center passes by, the wind will decrease or stay still for a period of time. Remember that the strong wind will blow suddenly, and you should continue to stay in a safe place to avoid the wind, and move people in dangerous houses in time.

5. Relevant areas should pay attention to preventing mountain torrents and geological disasters that may be caused by heavy rainfall.

See also  "Ali female employee case" Zhang's wife said again: to the public security organs to complain that Zhou has been accepted by the police-People-cnBeta.COM 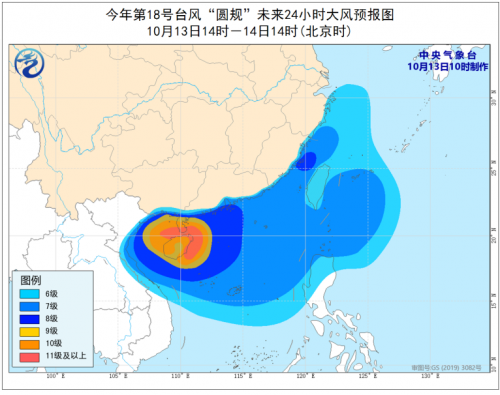 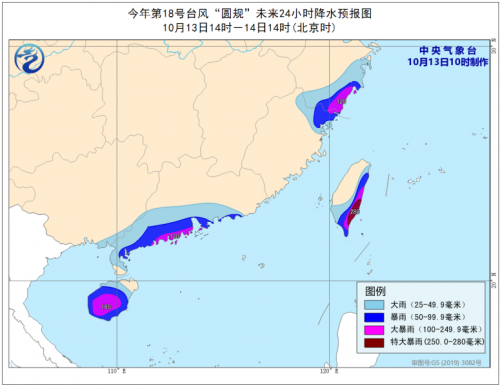 Design4Parents, the contest that develops services for new parents

20 minutes from the competition area to the...

Administrative elections 2021, the challenge of the ballots

The Shenzhou 13 crew successfully settled in the...

Signage with timing: this is how the Municipality...

Bella Ciao and red flags with the people...