China News Service, October 8th. According to the website of the Central Meteorological Observatory, the tropical depression in the South China Sea has intensified this morning into the No. 17 typhoon “Lion Mountain” this year. It is expected to make landfall on the eastern coast of Hainan Island from the night of the 8th to the morning of the 9th. Affected by this, it is expected that there will be heavy rains in the southern coast of Guangdong, most of Hainan Island, Xisha Islands, Zhongsha Islands, Huangyan Island and other places from 8 am on the 8th to 8 am on the 9th.

The tropical depression in the South China Sea has intensified today (8th) morning into the No. 17 typhoon “Lion Rock” (tropical storm class, English name: Lionrock; name origin: Hong Kong, China; name meaning: the name of a mountain overlooking the Kowloon Peninsula in Hong Kong) ), at 5 o’clock in the morning, its center is located on the sea about 175 kilometers southeast of Wanning City, Hainan Province, at 17.5 degrees north latitude and 111.3 degrees east longitude. The maximum wind force near the center is 8 levels (18 m/s), and the lowest air pressure in the center is 995 hPa, the radius of the seventh wind circle is 150-250 kilometers.

It is predicted that the typhoon “Lion Mountain” will move north to west at a speed of about 10 kilometers per hour, and its intensity will increase slightly. Seconds, level 8-9, tropical storm level), after landing, it will turn to the west and move towards the north of Vietnam after passing through Hainan Island.

See also  Employees in black and without masks: bar closed in Montebelluna

Affected by this, it is expected that there will be heavy to heavy rains in the southern coast of Guangdong, most of Hainan Island, Xisha Islands, Zhongsha Islands, Huangyan Island and other places from 8 am on the 8th to 8 am on the 9th. There will be heavy rainstorms (100-150 mm) in the north and other places; most of the South China Sea and the waters around the Paracel Islands, Zhongsha Islands and Huangyan Islands, Beibu Gulf, Qiongzhou Strait, Hainan Island and its coasts, Guangdong coasts, and Guangxi coasts will have 6 -7 strong winds, of which the winds in the northwest of the South China Sea, the eastern Beibu Gulf, the Qiongzhou Strait, the eastern part of Hainan Island and the northern coast can reach 8-9 and gusts of 10-11. The Central Meteorological Observatory continued to issue typhoon blue warnings and rainstorm blue warnings at 6 o’clock on October 8.

Cold air affects most of our country

From the 8th to the 11th, the moderate-intensity cold air will affect most parts of my country from west to east, and the temperature will drop by 4 to 6°C. The local temperature drop in Xinjiang, Gansu, Inner Mongolia, Liaoning, Jilin and other places can reach 10°C or more; most of the north The area will be accompanied by northerly winds of magnitude 4-6, and winds of magnitude 9 and gusts of 10-12 in the mountain pass area of ​​Xinjiang. Some areas in northern Xinjiang, Qinghai, Gansu, Ningxia, northeastern Inner Mongolia, northwest Heilongjiang and other places will have rain to sleet or snow, and there will be blizzards or heavy snowfalls in northern Xinjiang, northeastern Inner Mongolia, and northwest Heilongjiang.

See also  Signage with timing: this is how the Municipality of Treviso rethinks parks

From 8:00 on October 8 to 8:00 on the 9th, there were light to moderate snow or sleet in parts of eastern Xinjiang, western Gansu, eastern Qinghai, western Inner Mongolia and other places; most of Guangdong, eastern Guangxi, Hainan Island and Shandong Part of the peninsula, eastern Zhejiang and other places have moderate to heavy rain. Among them, there are heavy rains or heavy rains (100-150 mm) in parts of southern central Guangdong, northern Hainan Island and other places. In some areas of eastern Xinjiang, eastern Northwestern, and most of Inner Mongolia, there are winds of grade 4 to 6 and above. 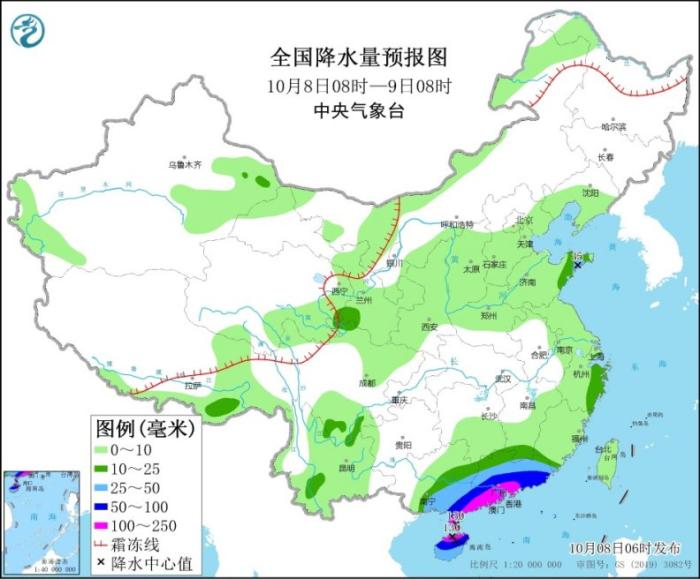 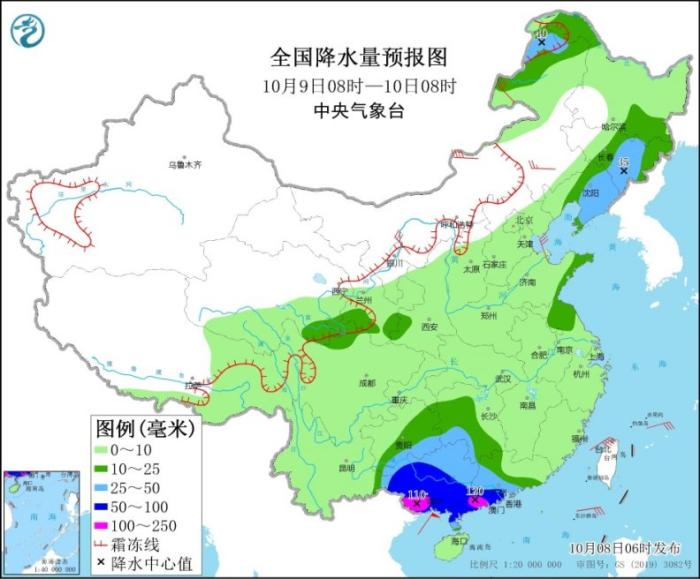 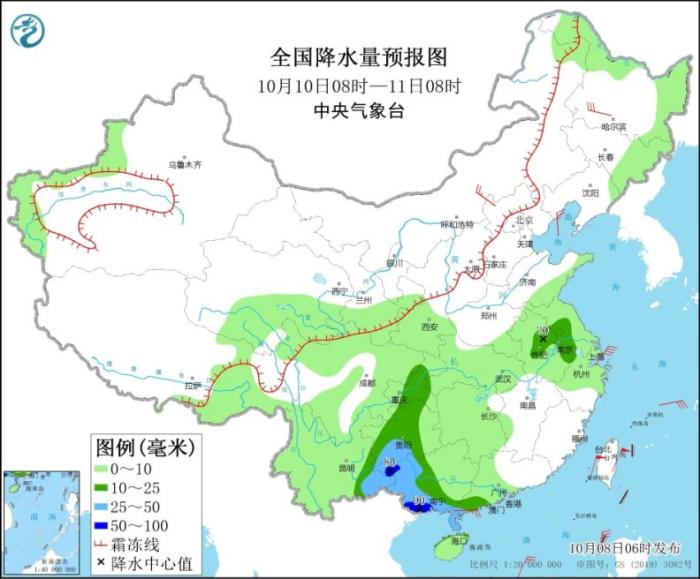 Ivrea Carnival, “Ceratti was invited to the Arduini...

Nba at the start: the paradise of the...

Passengers respond to the filming of Hainan Airlines...

The little house of affection, a gift from...