Home News US study: monkeypox virus can be infectious in laboratory aerosols for more than 90 hours – IT and Health – cnBeta.COM
News

US study: monkeypox virus can be infectious in laboratory aerosols for more than 90 hours – IT and Health – cnBeta.COM

Whether the virus can be transmitted in the air in the form of aerosol directly affects its infectious efficiency. In the new issue of the international top medical journal “The Lancet” on June 16, a respiratory team from the University of Leicester in the United Kingdom reported that the possibility of aerosol transmission of monkeypox virus should not be ruled out. 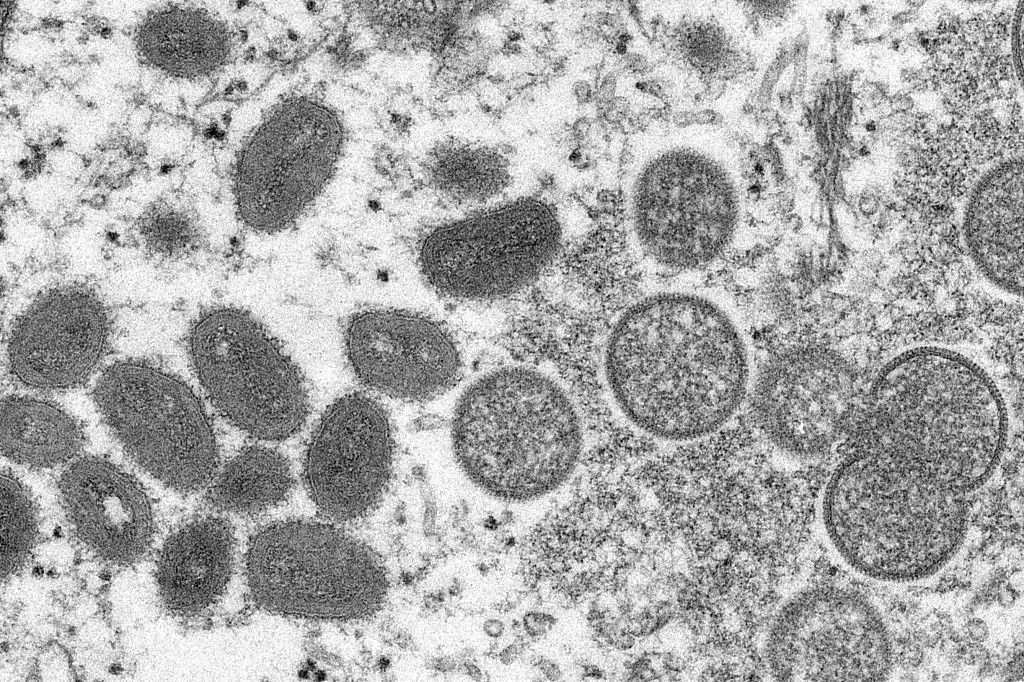 In an earlier study, researchers from Tulane University in the United States have demonstrated that monkeypox virus can survive in laboratory-controlled aerosol suspensions for more than 90 hours, and has shown that it may survive in the air environment for a long time. The ability to remain infectious.

In February 2013, Chad. Roy (Chad.J.Roy) and other researchers published a paper titled “Susceptibility of Monkeypox Virus Aerosol Suspension in Rotating Chamber” on the website of the National Institutes of Medicine (NIH) in the United States. This is the only article on the aerosol transmission of monkeypox virus among the few literatures on the transmission route of monkeypox virus so far.

In this study, the researchers used a 10.7-liter spin chamber in a tertiary biological cabinet to aerosolize monkeypox virus in the spin chamber, and then cultured by virus plaque assay within 90 hours of virus aging. (Plaque assays, plaques are localized foci of virus formed on an established monolayer) and quantitative polymerase chain reaction (qPCR) to measure the infectivity and concentration of virus in aerosols. The results showed that the concentration of monkeypox virus in aerosols remained stable for 18-90 hours, and at the same time, the virus was likely to remain infectious in aerosols for more than 90 hours.

See also  Paying for classes, rather than taking classes... Say goodbye to coping classes, how to go to online classes in universities|University_Sina News

“Viral aerosols can have a major impact on public health and infectious dynamics. Once aerosolized, the virus is exposed to various stressors and its integrity and infectious potential can be altered,” the researchers said. “While aerosol exposure It is rarely suspected in imported poxvirus outbreaks or naturally occurring cases, but in the case of deliberate poxvirus releases, aerosol exposure remains the most likely route of exposure.”

In addition, studies have confirmed that pathogenic viruses in the Poxviridae family can remain infectious for a long time in the environment, and their required infectious concentrations are relatively low, but researchers are concerned about the long-term stability of these viruses in aerosols. Sex is poorly understood.

In this experiment, researchers at Tulane University used a custom-built 10.7-liter spinning chamber, consisting of an aluminum cylinder 45.7 cm long and 17.8 cm inner diameter, with the chamber rotating on a horizontal axis at 0.8–1.0 rpm (cycling revolutions per minute). The monkeypox virus strain used in the experiments was a strain (strain Zaire 79) cultivated in Manassas, Virginia.

At 20 psi (pressure units, pounds force per square inch), the researchers atomized the virus suspension with filtered, dry compressed air into the chamber. Each sample was nebulized for 5 minutes, aged for 2 minutes, then the chamber was closed, and air sampling was performed for 10 minutes to obtain an initial virus aerosol sample. Next, they performed a second 5-minute nebulization using the same dose of the virus suspension, followed by 2 minutes to 90 hours of aging. Repeat the above steps three times. Between each nebulization, the researchers flushed the air in the chamber with 100 liters of dry filtered air (10 liters/min for 10 minutes). After air flushing, take 2 negative control samples.

During the aging process of the virus, the temperature of the chamber was kept stable at 20°C-22°C, and the relative humidity reached 97%, decreasing by about 0.4% per hour. During the testing period, the relative humidity of the cabin was high (60%-97%). At the beginning of atomization, when the mass median diameter of monkeypox virus aerosol (MMAD, the total mass of particles of various sizes smaller than a certain aerodynamic diameter in the particulate matter accounts for 50% of the mass of the total particulate matter, this diameter is called mass. Median diameter) was 4.0 µm (micrometer), and 1.6 µm (micrometer) after 18 hours of aging; Counted median aerodynamic diameter (CMAD) was 1.3 µm (micrometer) initially and 1.0 µm (micrometer) after 18 hours of aging.

The researchers then used quantitative polymerase chain (qPCR) and plaque analysis to reveal the detectable viral genome and infectious virus concentrations in the viral aerosol samples. Virus quantitative polymerase chain (qPCR) experiments showed that after 2 minutes of aging, the average viral genome concentration per liter of air was 1.2E+07±7.9E+06 genomes, and after 90 hours of aging, the average genome concentration per liter of air was 2.6E+05±1.5E+05 genomes. Viral genome concentrations dropped rapidly by 1 log within the first 18 hours of aging and stabilized between 18 and 90 hours. Plaque assay analysis of viral aerosol samples showed that the infectious virus concentration decreased by two logs within the first 18 hours and remained stable for the following 90 hours.

We also calculated the fraction of the viral genome that correlated with plaque formation by the ratio of plaque formation volume (PFU) to viral genome for each viral aerosol sample. This ratio was not significantly different between 2 and 30 minutes of aging. After 3 hours, the ratio dropped by a factor of 10. This ratio decreased significantly at 3 hours, 18 hours, 48 ​​hours and 90 hours compared with 2 minutes (P<0.05). There were no significant differences between 30 minutes, 3 hours, 18 hours, 48 ​​hours and 90 hours.

See also  Carnival Ivrea, Ceratti only half convinces: "The emergency is still there"

After aging in a rotating chamber for 90 hours, the researchers recovered the infectious virus from the aerosol suspension. This suggests that monkeypox virus has a survival life span of more than 90 hours in aerosol particles and may remain infectious for long periods of time in the environment.

The researchers acknowledge that the study has certain limitations. “The real environmental conditions are complex and changeable, and in an uncontrolled environment, the actual suspension time of the virus may be unpredictable,” the researchers said. Changes are more sensitive. Humidity and temperature will greatly affect the physical dynamics of the aerosol, the integrity of the viral particle, and the likelihood of infection once it enters the host respiratory system.”

On the other hand, the process of nebulization and sampling may also damage the virus, resulting in the inactivation of some viral particles. Therefore, the aerosol stability and infectivity of monkeypox virus may be underestimated. Ideally, viral aerosol efficiency should be studied in naturally occurring viral aerosols shed from infected hosts, or in secondary aerosols produced by infected organisms. However, viruses from these sources are highly variable, making the study of naturally occurring viral bioaerosols extremely difficult.

In conclusion, the researchers say, “The longevity of monkeypox virus in laboratory-controlled aerosols suggests that the virus may remain infectious for long periods of time in the environment, the least likely route of transmission during epidemics. identified routes of exposure. We need strict respiratory protection of the population and preventive measures such as ring vaccination.”

cnBetaIT and healthUS study: monkeypox virus can be infectious in laboratory aerosols for more than 90 hours
0 comment 0 FacebookTwitterEmail
previous post

Xi Jinping’s “Speech at the Celebration of the...

Antivirals against Covid: guide to the key drug...

A man sits on the rails while the...

While you were sleeping – Giovanna D’Ascenzi (Photo)

Giorgetti: “Salvini’s leadership not in question. I don’t...