Will the isolation period be lengthened after 38 days of entry and 9 nucleic acid negatives? |New Coronary Pneumonia_Sina News

Original title: The quarantine period should be extended after 38 days of entry and 9 nucleic acid negatives.

Is the virus too cunning, or is there loopholes in prevention and control?

On the 12th, there were 22 newly confirmed local cases in Fujian. The epidemic that started in Putian has now spread to Xiamen and Quanzhou.

According to previous Putian reports, Lin Moumou, who was suspected of being the source of the epidemic, had been in the country for 38 days when he was diagnosed, and the results of 9 nucleic acid tests were negative, and 1 serum test was also negative. This information brought the topic of the virus’ “ultra-long incubation period” back into focus. So, how to calculate the “ultra-long incubation period”? Do you need to adjust prevention and control measures?

The diagnosis was only 38 days after entering the country. What’s new in Delta?

In the official announcement on September 10, Lin Moumou (38 years old, Singaporean immigrant, student’s parent) who was suspected of the source of the epidemic was introduced.

According to Fujian Province’s epidemic prevention and control measures, Lin started a 7-day home health surveillance on August 26 after completing a “14+7” day of centralized quarantine.

According to Ling Longmei, director of the Putian Center for Disease Control and Prevention, the imported cases from outside Singapore were quarantined for 21 days. During this period, 9 nucleic acid tests were negative and 1 serum test was negative. The nucleic acid test results were positive on September 10, and the virus incubation period Longer. In addition, Putian also introduced that the specimens of the epidemic-related cases have been sent to the Provincial Center for Disease Control and Prevention for genetic sequencing, and the results were preliminarily determined to be the Delta strain.

See also  More than 8,000 teachers and students in a school district in Florida were quarantined due to new crown in only one week after school started | new cases | new crown pneumonia

Nucleic acid has not been detected positive for 38 days and 9 times after entering China. Is this inconsistent with the characteristics of the Delta strain that the Delta strain has a short incubation period and rapid onset? Does it mean that the virus has new changes?

Recently, a public health expert said in an interview with the media that this situation cannot be completely ruled out, but it is necessary to first rule out other possibilities such as false negatives caused by testing reagents, testing operations, and sampling.

Peng Zhiyong, director of the Department of Critical Care Medicine, Zhongnan Hospital of Wuhan University, told the Global Times that according to previous observations, about 95% to 99% of the infected persons can be detected during the set centralized quarantine observation period, but they cannot be avoided. A few extreme cases appeared.

“The general characteristics of the Delta strain currently displayed are that one is strong infectivity, and the other is high viral load and high viral load. In fact, it also means that it is easy to be screened. At present, Delta The Ta virus strain is actually easier to be found than the previous strains.” Peng Zhiyong said. 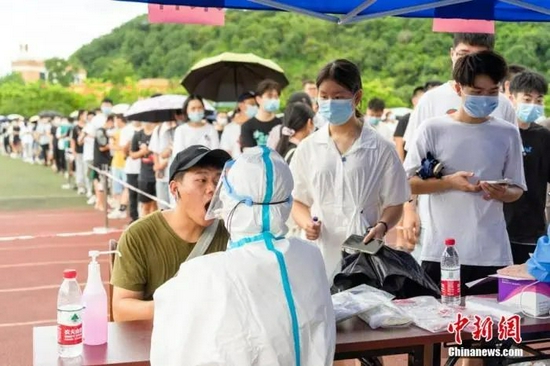 Is the virus too cunning, or is there loopholes in prevention and control?

Regarding the “extra-long incubation period”, Lin Moumou of Putian City is indeed not the first case.

As early as the beginning of this year, there were also multiple rounds of nucleic acid tests that turned from negative to positive in multiple COVID-19 cases in multiple places: a case in Dalian showed positive results in 11 nucleic acid tests, and a few close contacts in Shunyi, Beijing were quarantined after 14 days All positive tests have caused concern.

In recent times, in addition to Putian, Fujian, there has also been a case of a nucleic acid test in Guangzhou, Guangdong.

According to a report from China National Broadcasting Corporation on January 17 this year, Feng Zijian, deputy director of the China Centers for Disease Control and Prevention, analyzed, “(nucleic acid testing changes from negative to positive). There are many reasons. Diversity. There may be rare cases of long incubation period, there may be problems with the sensitivity of nucleic acid testing reagents when close contacts are released from isolation, and there may be close contacts infected during isolation. Various situations May exist.”

How to calculate the incubation period of the new coronavirus? In February last year, Cai Weiping, an expert in the treatment team of the Guangdong New Coronary Pneumonia Prevention and Control Headquarters and director of the Infectious Disease Center of Guangzhou Eighth People’s Hospital, once introduced that the “incubation period” refers to the time from a patient’s infection with the virus to the appearance of the first symptoms, rather than a nucleic acid test. The result is calculated as positive; only those with symptoms can define the “incubation period”.

It is worth mentioning that in February last year, the team of Academician Zhong Nanshan published a paper in the international top medical journal “New England Journal of Medicine”. The study found that among 1,099 patients with new crown virus infection, severe and non-severe patients with new crown pneumonia Each patient has an incubation period of up to 24 days.

In this regard, Academician Zhong Nanshan said that the long incubation period of 24 days is only an exception, and it is not surprising that there are always exceptions. 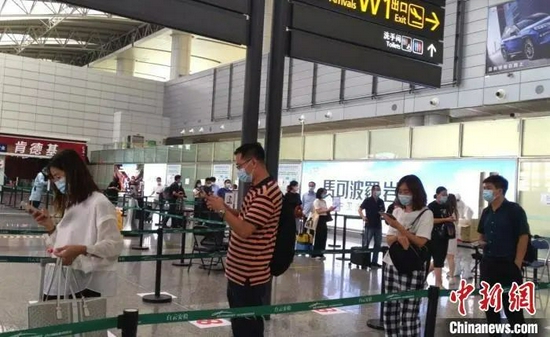 Should the prevention and control strategy be adjusted?

See also  National Health Commission: Yesterday, 57 new confirmed cases of new coronary pneumonia were added, 15 of which were in Yunnan

Regarding the “extra-long incubation period” cases that appeared in the Putian epidemic, how to protect them is still the most concerned issue.

Relevant experts said that the “extra-long incubation period” is not common and cannot be regarded as a common situation. Strengthening vaccination and personal daily protection are still the top priorities.

For example, regarding the prevention and control of Delta, at present, prevention and control experts generally believe that the existing vaccines still have a good preventive and protective effect on the Delta strain, which can reduce the risk of virus transmission in the population and reduce the spread of infected persons. , Effectively reduce the incidence of severe illness and mortality after infection.

In response to the hidden dangers of the “extra-long incubation period,” some regions are also exploring and upgrading prevention and control measures.

In January of this year, in order to effectively deal with the risk of transmission of infected persons with a long incubation period and the risk of imported epidemics at home and abroad, Beijing adjusted and strengthened the prevention and control measures for people entering Beijing at home and abroad, and implemented classifications for people entering Beijing from abroad and all close contacts in Beijing. “14+7+7” management measures.

So, how long is the quarantine period before insurance? Many experts have analyzed that extending the time of centralized isolation can certainly reduce the risk of virus transmission to a certain extent, but as the virus continues to mutate, it is still impossible to rule out the extreme situation of encountering long-term virus carriers.

Some experts also believe that the next step should be to focus on optimizing the development of better antibody detection reagents. In addition, it is not enough for the prevention and control of the new crown epidemic to just highlight the “isolation of people”. International cargo transportation also exposes great risks. Entry testing and restriction of animals from epidemic areas carrying the new coronavirus.

IG: the interview with Fabio De Cillis illustrating the strengths of the Turbo Certificates and the latest news

Here’s how movie sets get more and more...