Xi Jinping pointed out that in the past three years, we have maintained close communication through various means, which has kept China-France relations maintaining a positive momentum of development, and important cooperation between the two countries has made positive progress. At present, the world has entered a new period of turbulent change. As two important forces in the world‘s multi-polarization pattern, China, France and China and the EU should adhere to the spirit of independence, openness and cooperation, promote the stable and long-term development of bilateral relations on the right track, and inject stability and positive energy into the world. 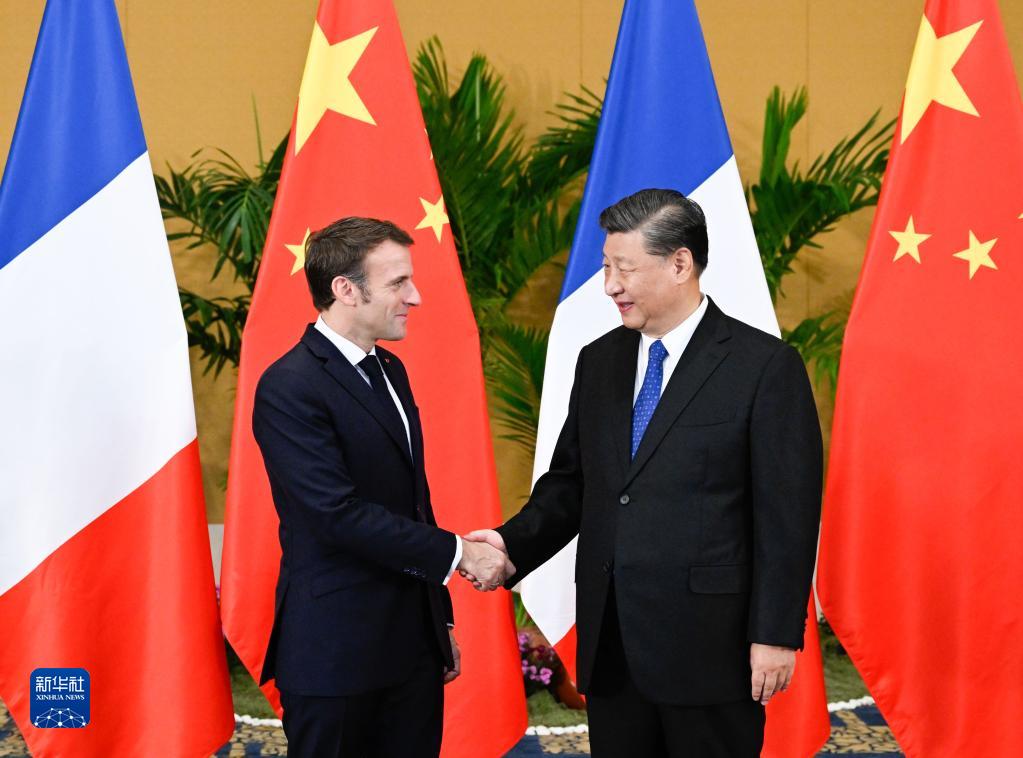 Xi Jinping emphasized that China will unswervingly promote high-level opening up and strive to promote Chinese-style modernization, which will provide new opportunities for countries around the world, including France. The two sides should focus on the future and make top-level design, respect each other’s core interests and major concerns, deepen practical cooperation, promote continuous new progress in traditional fields, and actively tap cooperation potential in green energy, technological innovation and other fields. It is hoped that the French side will provide a more fair, just and non-discriminatory business environment for Chinese enterprises to develop in France.

Xi Jinping stressed that after years of development, China and the EU have formed a strong economic symbiotic relationship. The two sides should expand two-way trade and investment, maintain the stability and smooth flow of global industrial and supply chains, and maintain international economic and trade rules and order. It is hoped that the French side will push the EU to continue to pursue an independent and active policy towards China. The Chinese side is willing to work with the French side to support the work of the Indonesian presidency, promote the success of the G20 Bali Summit, strengthen communication and coordination in addressing climate change, biodiversity protection and other aspects, jointly safeguard genuine multilateralism, and address food security, global challenges such as energy security, and solve the problems of sustainable development.

Macron expressed his warm congratulations to President Xi Jinping on his re-election as General Secretary of the CPC Central Committee and the complete success of the 20th National Congress of the Communist Party of China. Both France and China are committed to promoting global peace and development and promoting world economic prosperity. The Chinese-style modernization development model is admirable. The French side upholds independent diplomacy and opposes camp confrontation. Facing the current turbulent international situation, the French side hopes to continue to uphold the spirit of mutual respect, equality and mutual benefit with the Chinese side, intensify high-level exchanges and dialogues, and deepen cooperation in such fields as economy, trade, aviation, and civil nuclear energy, and welcomes Chinese enterprises to conduct cooperation in France. The French side is willing to strengthen multilateral communication and coordination with the Chinese side to jointly address global issues such as climate change, food crisis and protection of biodiversity. The French side is willing to actively promote EU-China dialogue and cooperation. 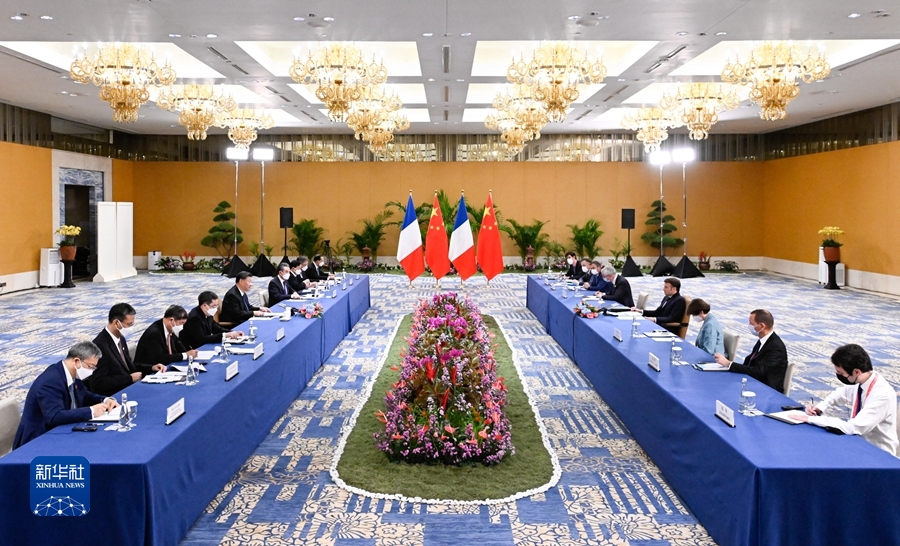 The two sides exchanged views on the situation in Ukraine. Xi Jinping stressed that China‘s position on the Ukraine crisis is clear and consistent, and advocates a ceasefire, an end to war and peace talks. The international community should create conditions for this, and China will continue to play a constructive role in its own way.

Ding Xuexiang, Wang Yi, He Lifeng and others attended the meeting.

The potential of agri-feedstock to accelerate the decarbonisation of transport

Zhu Xian, Vice Chairman and Secretary-General of the...

The abolition of the religious police is not...

The pediatrician to parents: “Stop being alarmed, the...

A boulder falls on the road and blocks...