2022 China Hip-hop League kicks off the dance “My Site”_Guangming.com

On August 8, which coincided with the 14th National Fitness Day in China, China Mobile held the National Fitness Theme Day activity of “National Hot Exercise, the Power of a Better Life”. The China Sports Dance Federation and China Mobile jointly released the much-anticipated “Dynamic Zone 2022 China Hip-hop League”, which means that the new season of the China Hip-hop League has officially started.

As a smart brand created by China Mobile for young people, Dynamic Zone has created an exclusive communication brand for young people in the “5G” era around sports such as hip-hop, basketball, and e-sports, providing young hip-hop lovers to explore their own personality and realize their own value. On the stage, explore more hip-hop talents, help the national team prepare for the Asian Games, and promote the spread of hip-hop culture.

Dynamic Zone·China Hip-hop League is an officially recognized hip-hop event hosted by China Dance Sports Federation (CDSF) and China Mobile, and is deeply loved by dancers. Under the guidance of the General Administration of Sports of the People’s Republic of China, the Dynamic Zone·China Hip-hop League has become a new benchmark for domestic hip-hop events and an important channel for the selection of national teams by virtue of its advantages in scale, system and professionalism.

At the press conference, Yin Guochen, President of China Dance Sports Federation, delivered a speech via video. The members of the Chinese Breakdance National Training Team also sent their sincere wishes for the official opening of the Dynamic Zone 2022 China Hip-hop League. 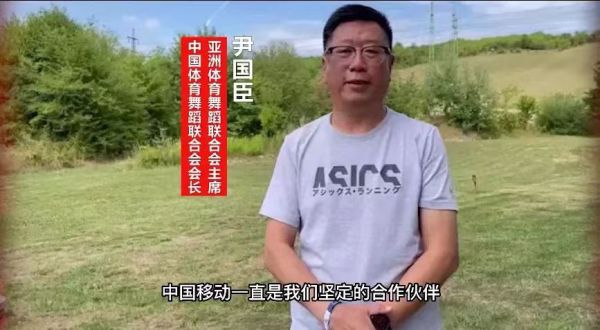 The previous Dynamic Zone · China Hip-hop League has attracted professional dancers and hip-hop enthusiasts from all over the country to join the stage to start a bloody and energetic battle. Last year, the “Dynamic Zone 2021 China Hip-hop League Campus Competition” spanned five major regions and more than 30 cities, gathering more than 7,000 college hip-hop enthusiasts across the country to fight for their love.

At the press conference, Liu Genghong, who has just been awarded the “China Mobile 5G National Fitness Promotion Ambassador” and the head coach of the GLOBAL “Model Action Plan”, interacted with the new brand spokesperson of the dynamic zone, Orange Luoluo, “cross-dimensional” and danced “My Site”. “. At the M-Zone·15th Music Festival Miguhui last year, the AI ​​girl Cheng Luoluo made her debut and became the brand-new spokesperson of M-Zone. And “My Site” is a promotional song tailored by Jay Chou for China Mobile’s new brand “Dynamic Zone” in 2004, which opened the prelude to the cooperation between the two parties for many years and directly became the annual explosion at that time.

From the phrase “My site listens to me”, which set off an orange storm, and today has become a communication trendy brand with a distinctive 5G era mark, the two words that remain unchanged in the genes of the dynamic zone are “young”.

As a representative of the current fashion trend, hip-hop is deeply sought after and loved by young people due to its individuality and enthusiasm. Breakdancing has become an official event of large-scale comprehensive sports at home and abroad such as the Olympic Games, Asian Games, Asian Youth Games, and National Games, and has attracted much attention.

The launch of this dynamic zone 2022 China Hip-hop League means that the hip-hop culture is closely connected with the emotions of young people. The ultimate event experience created by the 5G+ hip-hop model provides young people with more diverse and professional cultural sites. And dream channel, hip-hop culture also resonates with multicultural fields such as technology and sports. In the future, Dynamic Zone will continue to strengthen cooperation, expand the influence of various events of the China Street Dance League, jointly promote the dissemination of Chinese street dance culture, and contribute to the professional development of Chinese street dance events.

Formula 1, pole position for Leclerc at the...

Futurist bikes for the technology Olympics made in...

The leaders are confirmed, the Ivrea players yield...

With Traininpink, training is suitable for everyone. And...

Vigevano prepares the new assault on A2 Laudoni...