A female reporter has a dispute with a Beijing male basketball player. CBA cancels her qualification for follow-up interviews|Zhai Xiaochuan|Beijing Men’s Basketball|CBA_Sina News

Original title: A female reporter had a dispute with a Beijing male basketball player, and CBA canceled her qualification for follow-up interviews

In the CBA match between Beijing Shougang and Zhejiang Guangsha on the evening of the 9th, a courtside female reporter clashed with Beijing team players Zhai Xiaochuan and Zhu Yanxi, which once caused the game to be interrupted.

Later on the evening of the 10th, CBA issued an official announcement to cancel the media interview qualification of the female reporter for the second phase of the follow-up competition.

The CBA official announcement is as follows:

On January 9, 2022, in the 20th round of the CBA regular season of the 2021-2022 season, the Beijing Shougang team at home against Zhejiang Guangsha Holdings in the Changchun City Gymnasium was in the first row of the press box in the fourth quarter. Yang Baoyan, a media staff member of the People’s Republic of China, shouted to the players on the field, which led to a dispute with the Beijing Shougang team players. After the on-site staff coordinated and discouraged the media staff, the media staff was taken away from the scene.

In accordance with the provisions of Article (8) of “Second. Code for Media Workers” in the “Regulations for Media Work in the 2021-2022 Season CBA League Media Service Regulations” in the “2021-2022 Season Chinese Men’s Basketball Professional League Official Manual” , The behavior of Yang Baoyan, the media personnel, constituted interference with the game and affected the normal progress of the game.

The China Basketball Association (Beijing) Sports Co., Ltd. (“CBA League”) has decided to cancel the qualification of media personnel Yang Baoyan for the second phase of the 2021-2022 CBA League regular season follow-up match, and ordered its affiliated units to strengthen their education.

The CBA League calls on all league participants to abide by the relevant management system of the league and jointly maintain the good order and image of the league. 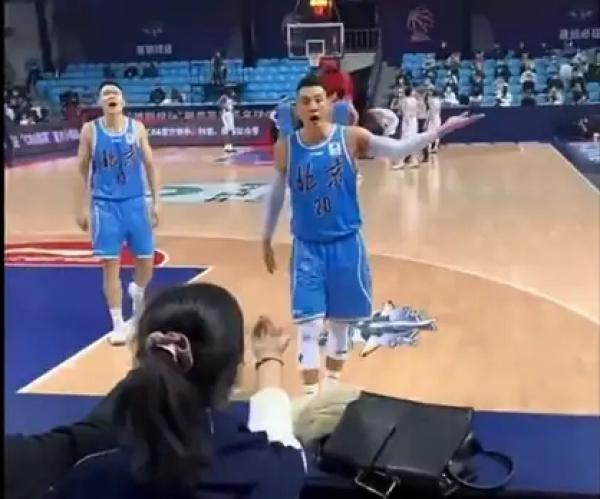 Zhai Xiaochuan let the female reporter on the sidelines leave.

On January 9, the 20th round of the CBA regular season, the Beijing and Guangsha match was held in the Changchun City Gymnasium. With 10 minutes left in the game, there was chaos on the court and was interrupted for a while.

According to on-site personnel, a female reporter sitting in the press box with the certificate of “Jilin Provincial Basketball Association” publicly insulted Zhai Xiaochuan, and because of this, disputes with Zhu Yanxi and Zhai Xiaochuan caused the suspension of the game.

According to the live video, both parties were very emotional. Some media revealed that Zhai Xiaochuan was communicating with the referee at the time, and the woman shouted to shut Zhai Xiaochuan and made abusive behavior. After the incident, the woman was also taken off the court by the on-site staff. 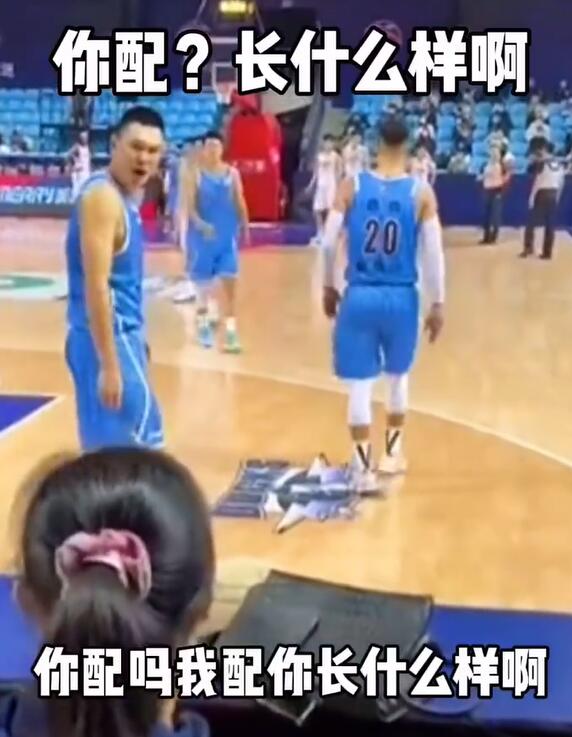 There was a verbal conflict between the two parties.

Later, the female reporter made a five-point statement on social media. The first point was to say that she did not swear. The victory or defeat on the battlefield has nothing to do with her, and does not require excessive interpretation by the media, and she will not. Explain more;

The second is to advocate civilized competition, behave in a manner that reflects the spirit of sportsmanship and morality;

Fourth, as a basketball player, you should digest emotions on the playing field by yourself, not anger others, let alone hurt others casually because of the large number of fans;

Fifth, as a reporter, I have been reporting objectively and have not done any violation of discipline or regulations. The female reporter also said that she is fully responsible for the above remarks.

The female reporter spoke on Weibo after the match.

However, the female reporter then posted remarks against the player Zhou Qi and suspected regional discrimination in the social media group chat. Zhou Qi, who is in Australia, responded and condemned her behavior.

Douban scored 8.3 points at the box office of more than 200 million “Lion Boys” failed to counterattack!This company became a winner

Former player: Whether Juventus can return to the...

Riso Scotti, seven with Covid The away match...

Brother Antetokounmpo scored 34+6 in the absence of...

TvB, are you counting on the positives to...

Lightning of Cambiaghi at the end, Pordenone breaks...