Home Sports Analyzing the secret of Japan’s ping-pong Olympic gold medal: the elite academy system is strong and the enthusiasm is soaring
Sports

Analyzing the secret of Japan’s ping-pong Olympic gold medal: the elite academy system is strong and the enthusiasm is soaring

Xinhua News Agency, Tokyo, August 16 (Reporter Yang Ting Wang Zijiang) The Japanese table tennis team won one gold, one silver and two bronzes in the Tokyo Olympics that ended not long ago, creating the best record of Japanese players in the Olympic table tennis event. Hayabusa Mizutani/Mima Ito defeated the Chinese combination Xu Xin/Liu Shiwen in the mixed doubles final and won the first Olympic gold medal in table tennis for Japan. This result greatly encouraged the Japanese media, and expressions such as “making the country boil” and “breaking the fortress of the ping-pong kingdom” appeared on the front pages of major newspapers. The strong performance of Japanese table tennis players in the Olympics, in addition to the host advantage, Xinhua News Agency reporters through interviews with a number of industry insiders, believe that there are many reasons for the following.

Li Jun, a former Chinese national team player who opened a table tennis classroom in Japan and served as a university lecturer, believes that Japan’s steady improvement in table tennis strength can largely be attributed to the government-funded Olympic elite academy system that was established 13 years ago. The coach is the main training force of the elite academy.

Li Jun went to Japan to play in 1992. In addition to serving as a lecturer at the Nippon Sports University, he also opened the Yuka Table Tennis Club in Tokyo. It has been 12 years since. She said that since 2008, the Japanese government has allocated funds to build the “Japan Olympic Committee Elite Academy”, which is dedicated to training athletes for the Olympics and world competitions. Among them, the most eye-catching team is the table tennis team. The table tennis team of the academy selects seedlings from the country who are expected to hit the Olympic Games for intensive training between the ages of 12 and 17, and invites Chinese coaches to conduct “one-to-one” or “one-to-two” training.

She said that in recent years, Japan has tended to “select seedlings” earlier and earlier, and “quasi-elites” have even reached elementary school earlier. “There are national competitions for children under the age of 7 in Japan. There are training camps. If they find good seedlings, they will concentrate on training. Generally, there are more than four training camps a year, each lasting for a week. Training camps also include physical fitness classes, nutrition classes, and psychology classes.”

See also  Limana and Cavarzano, merger in sight. The fourth force of the Belluno area is born

She said that the Japanese elite academy and the national team will also change coaches more frequently, because this can continuously draw on the strengths and specialties of each individual and better improve the players’ abilities. The Japan Table Tennis Association has always paid attention to the players’ shortcomings, and then finds an excellent Chinese coach in this area to conduct targeted training.

The first Chinese coach Liu Jie after entering the elite academy, one of the Japanese women’s team players in the Japanese women’s team of this year’s Olympics, came from Yujia Table Tennis Club. “In 2013, a person in charge of the Japan Table Tennis Association came to our club and called for Liu Jie. At that time, Miu Hirano graduated from elementary school and was about to enter the elite academy. The Japan Table Tennis Association helped her find Liu Jie as a full-time coach. More than a year later, Hirano went from ranking nearly 200 in the world to 32nd.”

Wei Qingguang said that this system was established two years before the Tokyo Olympics. In the past, students all went to their respective schools to attend classes and only came to practice at 3:30 in the afternoon. In order to prepare for the Tokyo Olympics, they spent all day training and studying at the Olympic Committee training base in Kita-ku, Tokyo. These trainees also participated in the selection for the Tokyo Olympics. Although they failed to qualify this time, they have a bright future. The trainees take foreign competitions and earn points as their main goals. They rarely participate in domestic competitions and go abroad about 10 times a year. The funding of the Elite Academy of the Japan Olympic Committee covers the tuition, accommodation and transportation of the trainees, as well as the participation fee.

See also  The Chinese Super League has changed. Kunming has no intention to host Shandong Rizhao or take over as an alternative_Venue_Center_Sports

The cost of training is not high

In the Japanese table tennis training system, corporate sponsorship and corporate teams also play an important role. This system recruits players as members and recommends jobs after retirement, which solves the worries of players. Among the current players of the Japanese national team, Hirano Miu belongs to the Japan Life Insurance Company team and has 7 sponsors. Mima Ito is affiliated with a real estate company, in addition to 5 sponsors. Zhang Benzhi and the team belonging to the Kinoshita Group of real estate companies have received sponsorship from Toyota Motor and others.

According to reports, many Japanese athletes sponsored companies recruited them as members after they graduated from college. In this way, athletes will have employment guarantee after retirement, there is basically no worries about the future, and they can devote themselves to their sports career.

Li Jun believes that in table tennis, the selection and training systems are becoming more and more diverse, and the opportunities for athletes are increasing. The Yuka Table Tennis Club she founded is located in the west of Tokyo. In recent years, she has won the first and third places in the Japanese table tennis tournament under 12 years old in Tokyo; the 16th place in the country; the Kanto team championship, etc., which have contributed much to the Japanese national youth team. Players.

Yujia Club is an adult table tennis enthusiast who plays in the morning. Most of them are over 70 years old. They all like table tennis. The oldest is an 83-year-old lady. Some of them come to the club several times a week, and some come to the club every day. In the afternoon, children from the first grade to the second grade of elementary school come to learn ball and practice, usually once a week, and the children who aim to participate in the competition come every day. 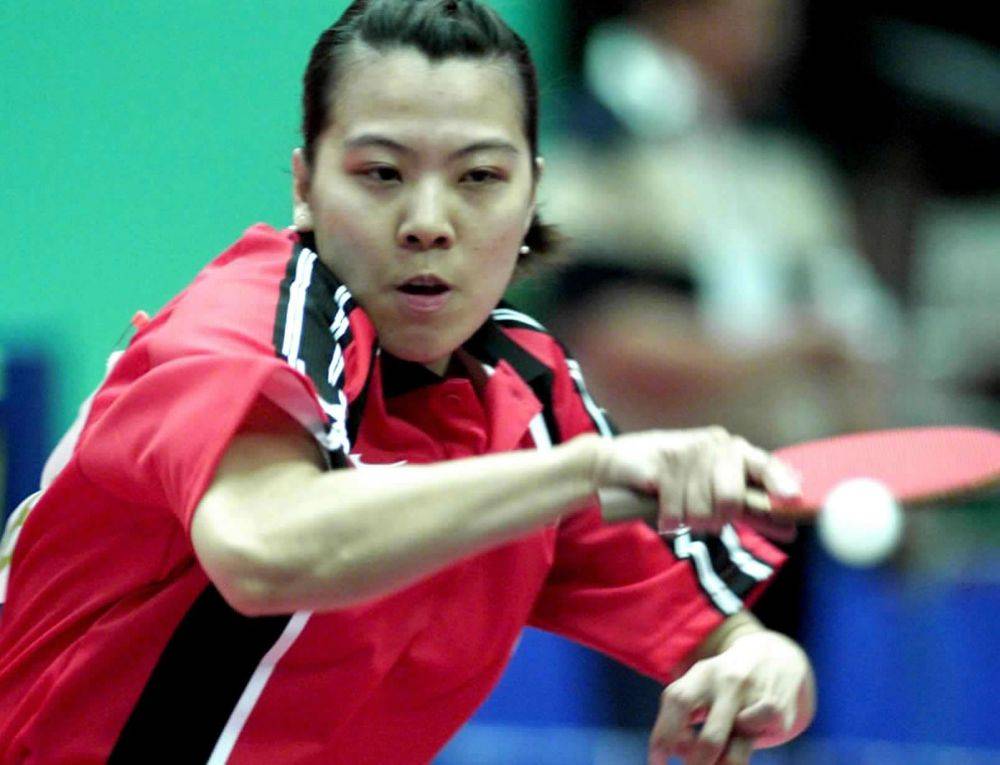 Li Jun said that in Japan, there are two “mother groups” who are keen to play. One is the mothers of elementary school students in their 30s who take their children to play together, and the other is the group of mothers in their 50s who have graduated from college. There are also many people who love table tennis. “The hobbies of the elders have affected many children.”

See also  Football, Mino Raiola has died. Farewell to the prosecutor of champions, the family announcement on Twitter

She said that the cost of cultivating children to play table tennis in Japan is not high. Children who are aiming for competition come to play for three and a half hours every day, 15 or 16 children together, with 3 or 4 coaches, and the tuition is lower than ordinary tuition classes. The “one-on-one” small class is a bit more expensive, and the competitions are all at their own expense, but the average family can also afford it.

Li Jun said that most of the children who come to play are out of interest. “They come to play after class. For example, they start training at 5 o’clock, and they come over at 4 o’clock. They warm up and start. There is no need to wait for the coach to come. Need to supervise, very conscious, I will think about it and enjoy the game.”

Where is the gap between Japanese players? 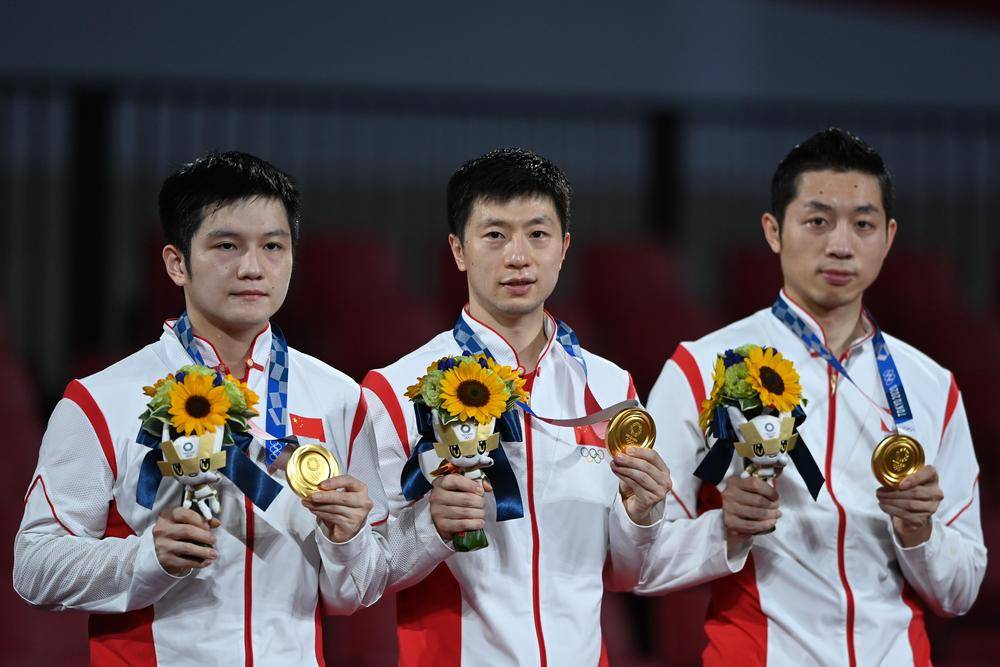 Li Jun believes that the important reason for the strength of Chinese players is “team advantage.” “From the perspective of those of us insiders, the talents of the Chinese and Japanese players are equal, but the Chinese team-style training methods and the think tank behind them have pushed the Chinese players to the thrones of Olympic champions and world champions. China has a team, collectively. The power is very powerful.”

As for the places where Japanese players are most likely to pose a threat to the Chinese team in the future, Wei Qingguang believes that “serving” is a very important link.

“Japanese table tennis attaches great importance to serving training, and relatively speaking, it also has certain advantages in this regard. Japan can only find breakthroughs in other aspects such as catching the serve and catching the’fast shot’. Mima Ito and others’ style of play is based on’fast’. Advantage.”

good votes from the directors of Varese

Zhang Siyang, the image spokesperson of the Uswing...