Can Cantlay make history and successfully defend his title in the BMW Championship? _Player_Morikawa_Standing

(PGA Tour PGATOUR/Photo) This week, the PGA Tour will move to Wilmington, Delaware, for its second playoff game – the BMW Championship.

There is no qualifying line for this game. Sixty-eight of the top 70 players in the FedExCup standings will converge at Wilmington Country Club for the eventual 30 spots at East Lake. In addition, the 30 players will also qualify for the 2023 Masters, U.S. Open and British Open.

It is worth mentioning that the roster of six American players and eight international players who are automatically selected into the lineup based on the points of the Presidents Cup will be officially determined after the game this week.

As with the first playoff game, this week’s total prize money is $15 million, with the champion taking home $2.7 million and 2,000 FedExCup points, and securing qualification for the final game of the season, the Tour Championship.

At the same time, the Korn Ferry Tour Finals opener will start in Boise, Idaho. Chinese players Yuan Yechun, Li Haotong, Dou Zecheng, Zhang Xinjun and Chinese Taipei player Yu Junan will play. Li Haotong and Zhang Xinjun will strive for good rankings in the next three games to get enough points and get a PGA Tour card.

There is no promotion line, the suspense is finally revealed

Who will take the lead in the final battle?

One of the highlights of this week’s game is that there are no cut-off lines. This means that every participating player can play four days of competition, and the suspense of the championship may be left to the last minute.

And the facts also prove this: in the last four tournaments, three of the champions were produced through playoffs.

Although such a competition arrangement makes it much more difficult to enter the final battle of the season, it is not entirely impossible to successfully counterattack and go to East Lake. In 2019 and 2021, using the current points system, a total of five players ended up in the top 30 thanks to their impressive performances in the BMW Championship.

(Cantley strives to defend his title) 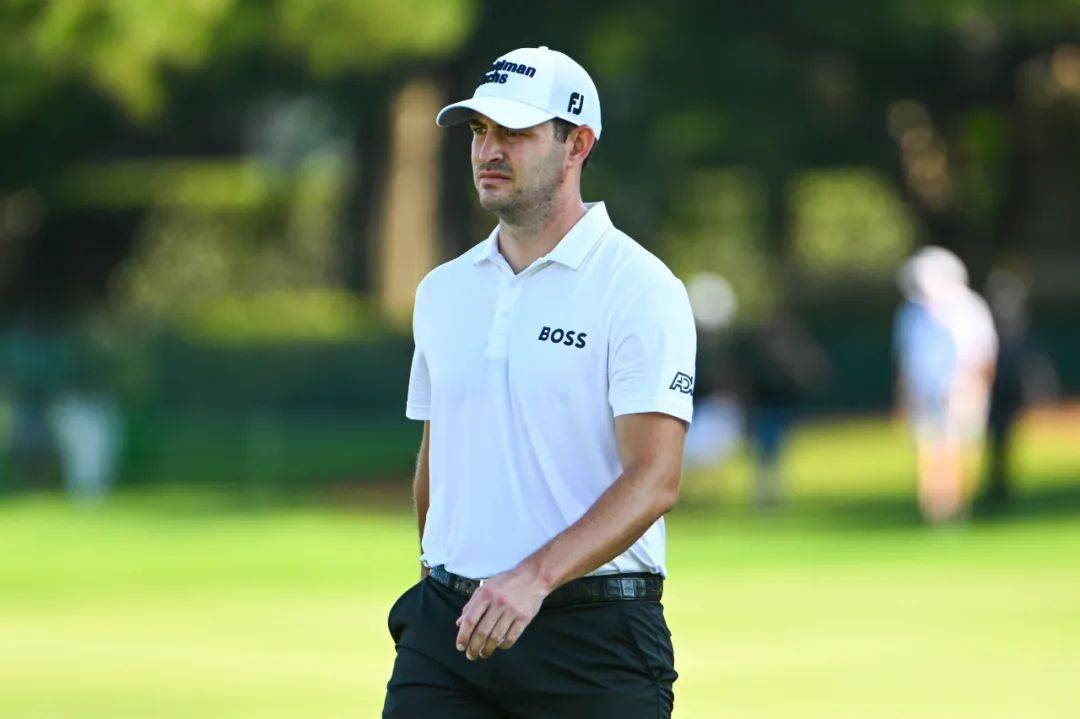 Defending champion Cantlay is currently seventh in the standings. Last year, he made a long putt for birdie on the sixth extra hole to win the tournament. Calm and patience are his indispensable “weapons” in the high-pressure atmosphere of the playoffs.

Since the 2007 BMW Championship was part of the FedExCup playoffs, no player has successfully defended the tournament. Can Cantlay make history? We will wait and see!

favourites to win the championship

(Morikawa is currently ranked 20th in the standings) 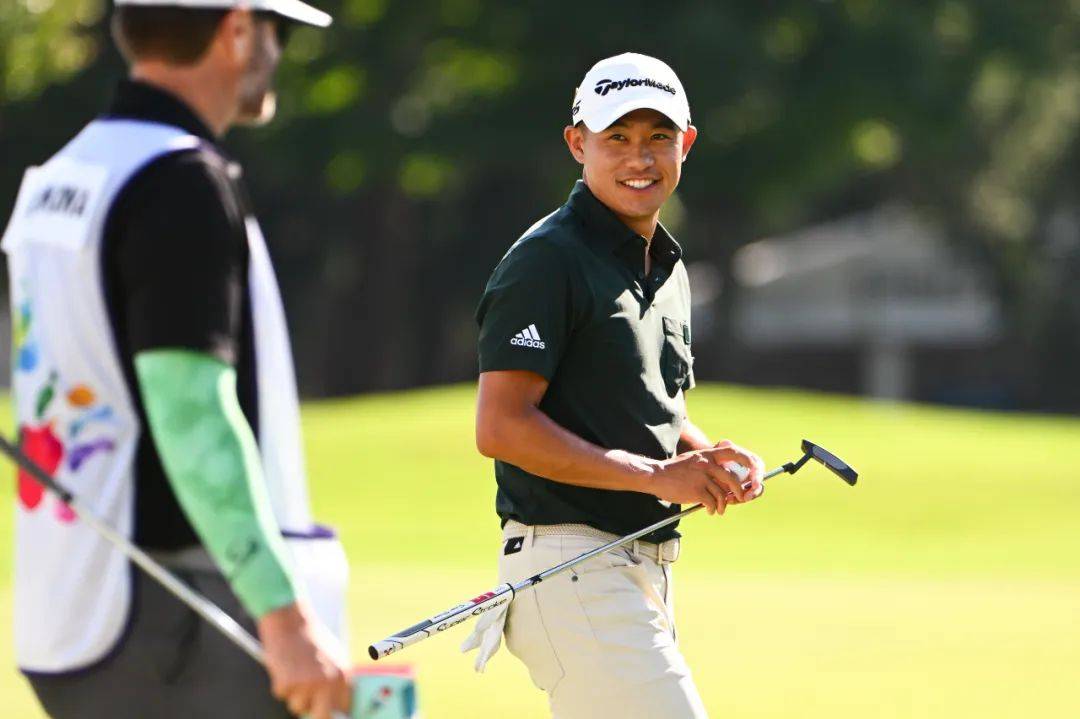 At last week’s FedEx St. Jude Championship, Morikawa made some mistakes in the first two rounds, but he only had two bogeys over the weekend and ended up with a T5 and second-best birdie count.

In terms of “final round performance” (that is, the percentage of players whose final ranking in the final round improved or remained unchanged), Morikawa ranked first with 91.67%. It is not difficult to see that he often ushered in a burst of form in the second half, and the fact that there is no promotion line this week will undoubtedly give him room to play. 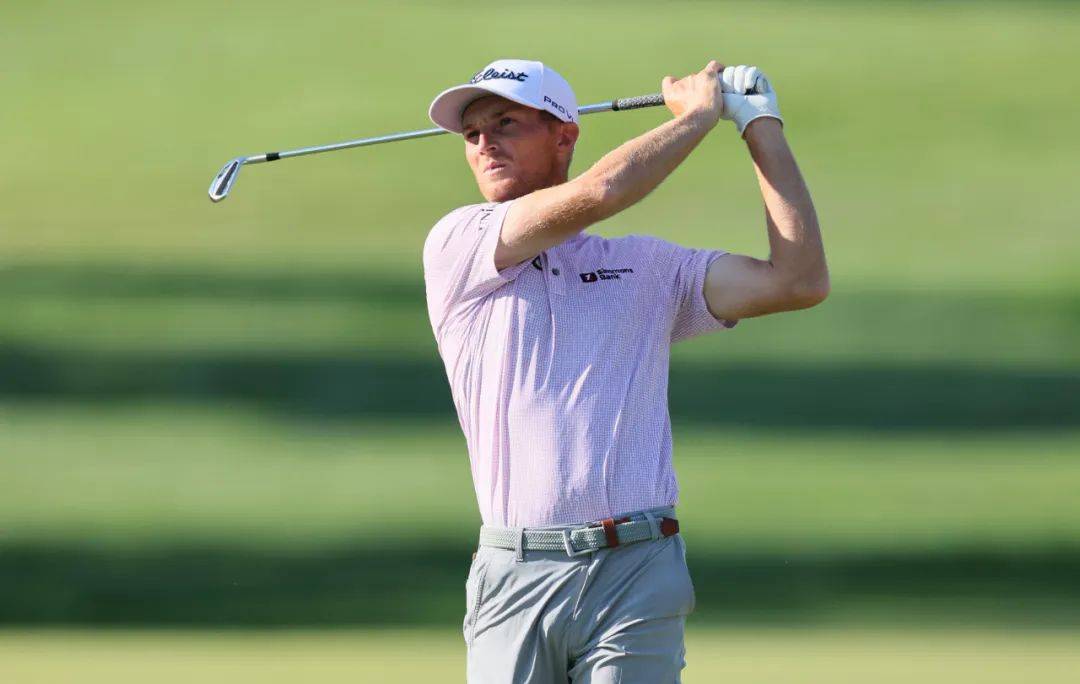 Saratoris, who has been one step away from the championship many times, finally won the cup in the opener of this year’s playoffs. (The more setbacks the more courageous, the firm belief in victory! Will Saratoris finally realized the dream of the PGA Tour champion!)

Feeling hot, he was among the best in terms of “tee to green” and “total points”. Seven players have won back-to-back titles in the first 15 FedEx Cup playoffs, and Sartoris is expected to join the ranks this week!

(Finer broke the championship drought in the playoffs last year) 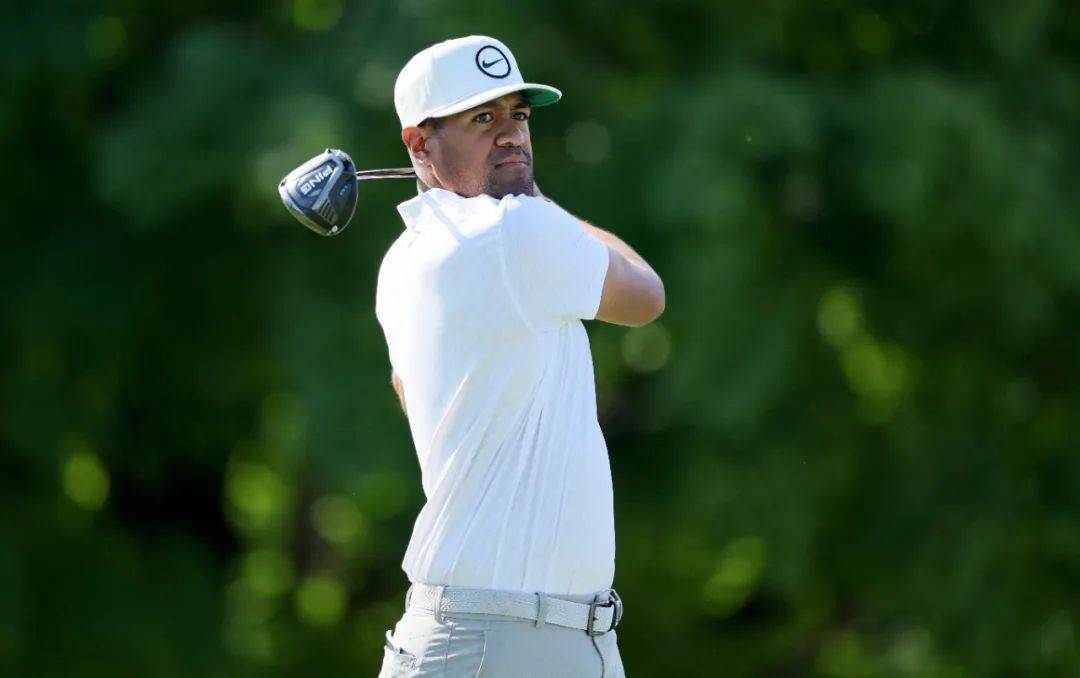 After two consecutive victories, Feiner’s momentum continued unabated. He was also in contention at the FedEx St. Jude Championship, where he ended up with a T5.

Notable is his performance on the greens. Since the Mexican Championship in early May, his total putts over four rounds has dwindled with each tournament he played.

During the live broadcast of the event, please open the PGA Tour Chinese official website link on the computer to view the complete leaderboard: http://pgatour.golfbox.cn/Leaderboard/Leader

(most fairways are narrow) 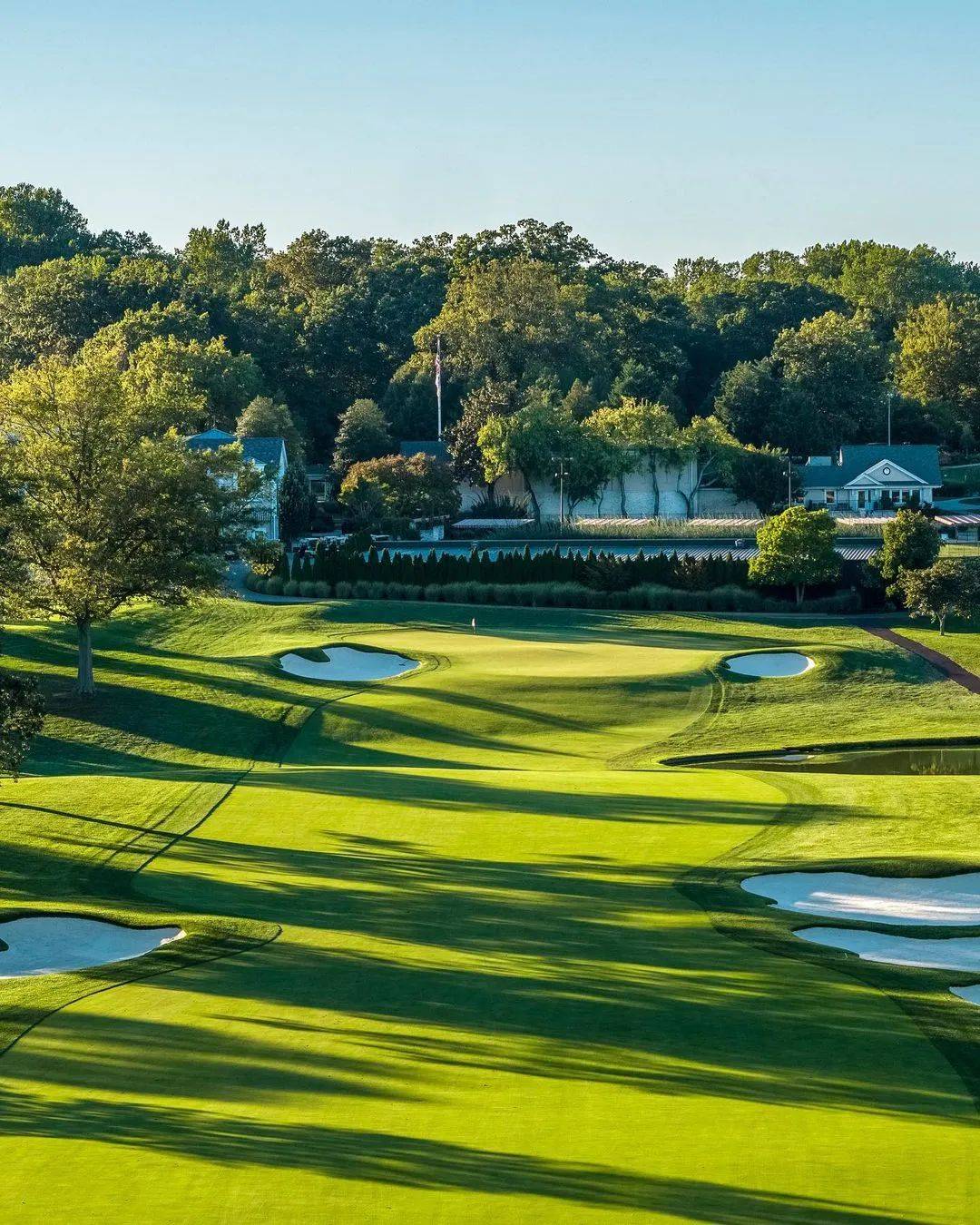 Wilmington Country Club was established in 1901 and has a long history. This week’s venue, South Course, was originally designed and built in 1959 by Robert Jones Sr.

However, the area was hit by tornadoes in 2020. Since then, the club’s north and south courses have been redesigned by Andrew Green in 2021. For example, the 14th green has been moved back 60 yards. So, here is a new experience for the players.

(There are many obstacles around the green) 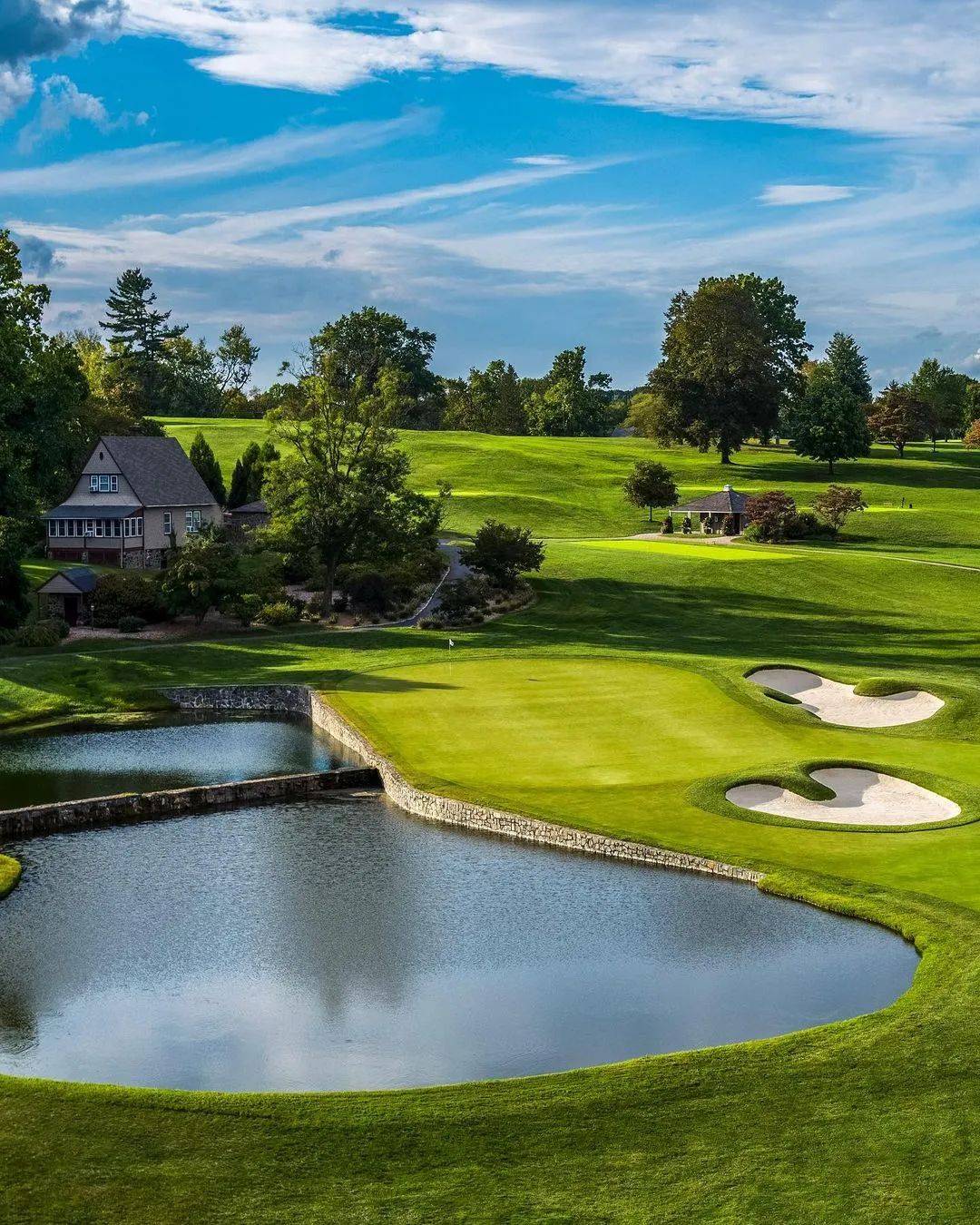 The average greens are 8,000 square feet, guarded by bunkers large and small, and can reach speeds of 12.2. Players who putt well will have the opportunity to show their talents this week.

The first two rounds will remain warm and dry, with daytime temperatures reaching around 30C. Rain is possible over the weekend.

1-0 Portugal!Morata defeated Spain in 88 minutes to...