Xinhua News Agency, Zhengzhou, August 7 (Reporter Liu Jinhui) The last three games of the 11th round of the 2022 Chinese Super League will be played on the 7th. With the partial resumption of the home and away game system in the Chinese Super League, Henan Songshan Longmen team once again sat in Zhengzhou Hanghai Stadium after a lapse of 980 days and defeated the Beijing Guoan team 3-0, winning four consecutive victories.

On August 7, Henan Songshan Longmen fans lined up to enter the field before the game.Photo by Xinhua News Agency reporter Li Jianan 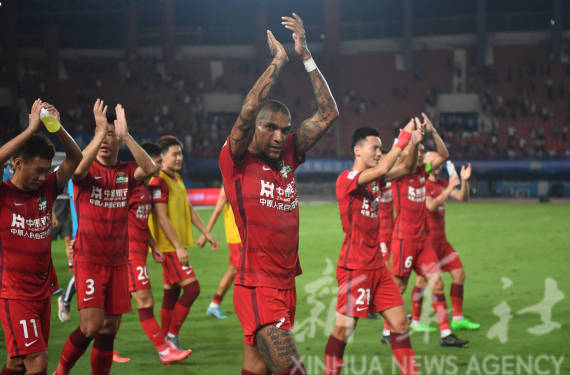 In another game, the Meizhou Hakka team defeated the Wuhan Yangtze River team 2:1 at home. In the 35th minute, Meizhou Hakka player Chen Zhechao got the ball and made a cross from the bottom. Serbian striker Vukanovic pushed the ball in front of the goal. Change sides to fight again. In the 62nd minute, Wuhan Yangtze River team foreign aid Kajevic volleyed, the ball bounced into the net after landing, and the two sides battled 1:1. In the 77th minute, Rodrigo, a foreign aid from the Meizhou Hakka team, hit the goal and was saved, and Kosovic followed up with a supplementary shot and scored. 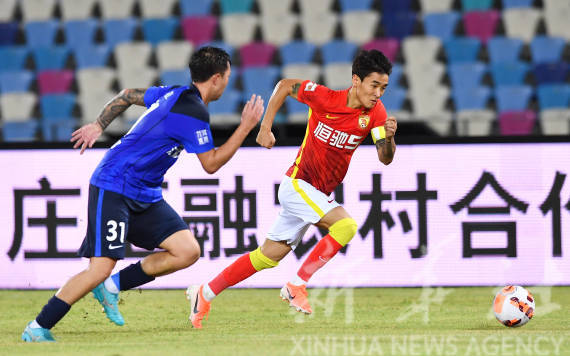 On August 7, Guangzhou team player Wei Shihao (right) made a breakthrough with the ball during the game.Photo by Xinhua News Agency reporter Yang Guanyu

In addition, with the two goals scored by Yang Yiming and Liu Xinyu, the Cangzhou Lions defeated the Guangzhou team 2-0.

After this round of competition, Wuhan Three Towns, Shandong Taishan and Henan Songshan Longmen teams are in the top three in the standings.Return to Sohu, see more