Home Sports Exxon: I want to help Chinese football and hope to participate in the Asian Cup to help China win the championship – yqqlm
Sports

Exxon: I want to help Chinese football and hope to participate in the Asian Cup to help China win the championship – yqqlm

Beijing time on April 14th news, yesterday, the Brazilian club Gremio officially announced that striker Exon joined the team. On the afternoon of the 13th local time, Exxon attended a press conference and announced his jersey number for the new season. He will wear the Gremio No. 9 jersey. In addition, at the press conference, Exxon also talked about the Asian Cup and the Chinese national team and other related topics. 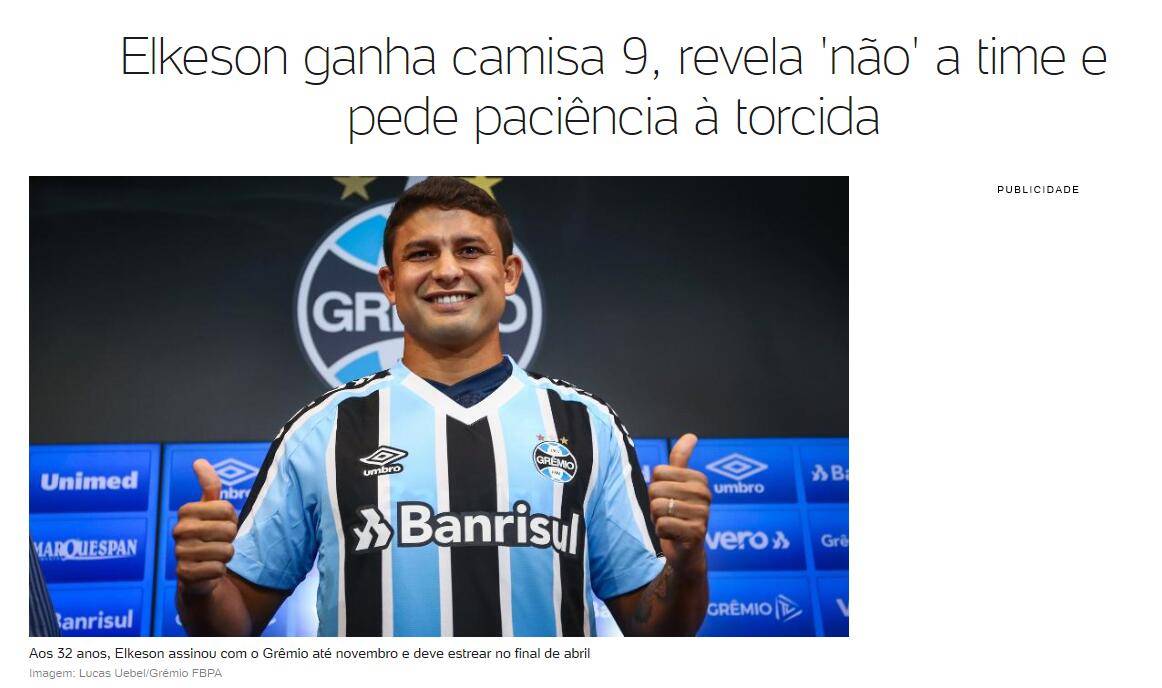 Exxon said: “Because I have been in China for a long time, I still want to help Chinese football, I plan to participate in the Asian Cup. The Chinese fans like me very much, I hope I can maintain a high level and participate in the Asian Cup, help The national team won the championship and that’s why we chose to leave. Unfortunately, we couldn’t make it to the World Cup, but we have a chance next cycle.”

“The past few years have been tough for me and my family, and my wife and I have talked about it,” Ackerson said. “I’ve only been at home for about a month for the past two years, during which time my My youngest son was born, but I was participating in the World Preliminaries in Asia and I couldn’t be with my wife and children. At that moment, I realized that I was no longer happy. Coming to Brazil was a decision made by my wife and I, and I am very happy. “When Gremio made an offer to me, I accepted it immediately, I talked to my wife and my parents about it.”

In addition, Exxon also said: “I am very professional and I will train hard to achieve 100% state as soon as possible.”

Earlier, Brazilian media reported that Exxon is still looking forward to playing for the Chinese team and preparing for the 2026 World Cup cycle. He is currently joining Gremio as a foreign aid. And Gremio chairman Romildo also said in an interview that Exxon still wants to play in the Chinese national team.

Medel: ‘I feel very comfortable in Bologna, I...