The final doping statistics for the Tokyo Olympics will not be clear until the second half of 2031. The result analysis is complicated and long, but the athlete’s sports career is short and precious.

Nearly a week after the Tokyo Olympics ended, doubts about doping in the men’s 4X100 relay race continued to ferment.

First, Lamont Marcel Jacobs, who led the Italian team to win the championship, was under investigation because of his outstanding results, and his previous nutritionist Spazzini was revealed to be involved in the illegal purchase of steroids. The media targeted it as a “key concern” for doping investigations.

Then, Jijindu Uja, a player who helped the British team to win the runner-up in the game, tested positive for banned drugs. Although athletes have the right to request bottle B testing according to regulations, the four participating players of the British team have been temporarily suspended.

If it is finally confirmed that the illegal use of doping in this relay race does exist, whether it is the British team or the Italian team, the entire team’s results will be invalidated, and the Chinese relay team, which originally won fourth place, is expected to be replaced. Won the bronze medal.

In this doping suspicion, the media first focused on the questioned Italian player Jacobs. 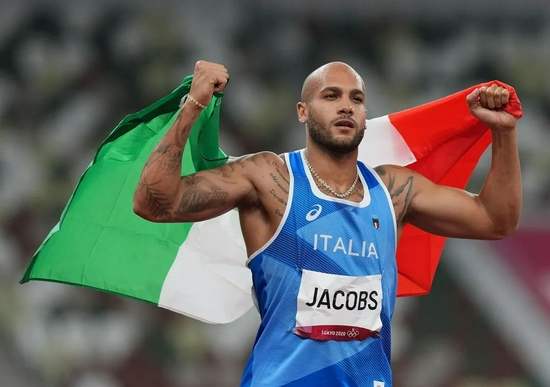 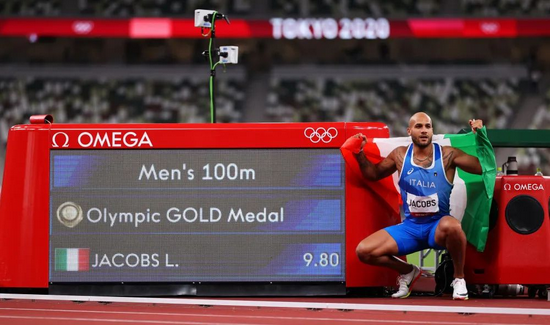 · Jacobs after winning the championship.

You know, before the Olympics, almost no one expected the halo to fall on Jacobs.

Jacobs initially moved from the long jump to the 100-meter event. According to media reports, until May of this year, he hadn’t ran within 10 seconds. Because of this, he was a blockbuster in the Tokyo arena, scoring a time of 9.80 seconds, which seemed a bit unbelievable while surprising.

“The Washington Post” wrote: “The history of track and field (there have been many examples of drug use) makes it easy for people to doubt sudden and huge progress.”

·The official World Athletics website shows that Jacobs, the champion of the men’s 100-meter final, was ranked 13th in the world before.

In the face of doubt, Jacobs denied it entirely. He attributed his success to minor adjustments in starting skills, diet plans, and invisible changes in his mentality.

See also  Chiesa: "The San Giorgio-Belluno derby will be very different than the first leg"

“These controversies will not affect me,” he said. “I made a lot of sacrifices to get to this point. I have experienced disappointments and failures, but I always roll up my sleeves and stand up again. They can write about them. Something I want to write.”

The media remained skeptical of Jacobs’ “breakthrough progress” and continued to vigorously search for various clues.

A few days later, Jacobs declared that he would not participate in any competitions this year. His coach explained that injuries were not the reason for his decision to rest, and rest was just a preventive measure. Prior to this, Jacobs had revealed that his knee cartilage was injured.

This seems to have found a breakthrough for the doubt. The media attributed Jacobs’ intention to take a break at this time to “shielding the limelight”. In order to avoid doubt, on August 12, 2021, Jacobs announced again that he will return to the game in 2022 as quickly as possible.

So far, Jacobs has only been questioned from common sense, and he has not been involved in his own doping investigations. Maybe he did just create a miracle.

Take a look back at this memorable game. The top three countries are Italy, the United Kingdom, and Canada. Although the relay team composed of Tang Xingqiang, Xie Zhenye, Su Bingtian and Wu Zhiqiang ranked fourth, they have already tied the best results of the Chinese team in the Olympics, and made countless Chinese audiences excited.

After the men’s 4x100m relay final, Su Bingtian said in an interview that the transfer of the baton in the game was not handled properly and the performance did not meet expectations, leaving a regret. Many netizens said: “I really want to give Su Bing a medal!” The topic was also on the hot search, with 260 million readings.

At the same time, Chinese audiences have also noticed that if Italian players really violate the rules, Chinese track and field will completely break through history. As a member of the 4×100 relay and the first yellow race to enter the 100m final, Su Bingtian’s dream can be truly realized.

This is not without precedent. In January 2017, the International Olympic Committee announced that the Jamaican team will be officially deprived of the 2008 Beijing Olympic relay gold medal, and the subsequent countries will be reissued according to the order. The same goes for Gong Lijiao, who won the gold this time. She won the 5th place in the 2008 Beijing Olympics. The 2016 test revealed that the second and third places were suspected of doping use. So 11 years later, at the end of 2019, she won the reissue of the Beijing Olympics. bronze medal. In other words, justice “is late but arrives” at the Olympic Games. 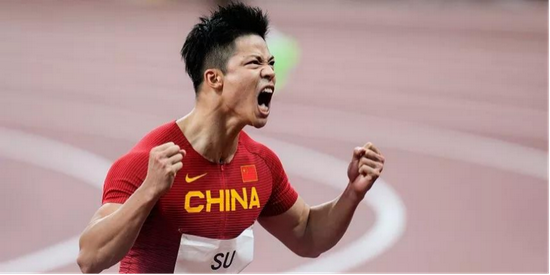 British player: I am also shocked by the positive result

And just as everyone was on the sidelines of the doubts surrounding Jacobs, bigger problems were exposed within the British team.

Uja, a 27-year-old British player, won the men’s 100-meter championship at the British domestic championship in June this year. He was the first player of the British 4x100m relay team at the Tokyo Olympics. The British team eventually lost to the Italian team by 0.01 second and won the silver medal. 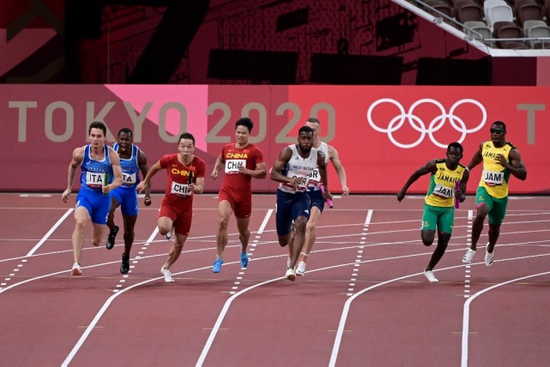 However, the Track and Field Integrity Committee (AIU), which is independent of the World Athletics Federation, issued a statement on the 12th, stating that after the Tokyo Olympics closed, Tokyo’s doping testing laboratory notified the International Doping Testing Agency (ITA), stating that Ujah’s activities during the event In a doping test, two banned substances that help increase muscle mass and reduce fat were found. 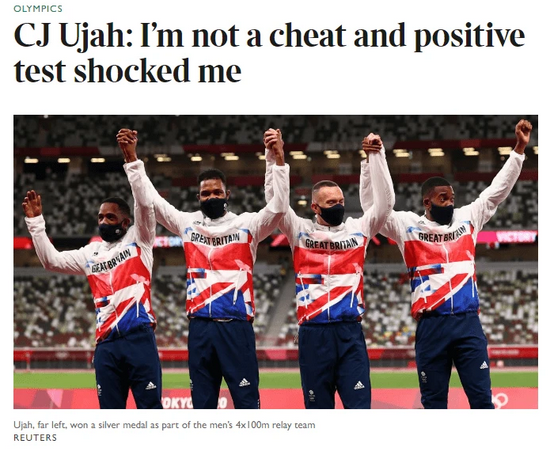 British media reported that Ujah himself was shocked by the positive test result.

On the afternoon of the 14th, Ujah issued a statement through the Associated Press of the British Press, stating that he had been notified before the incident came to light, and then it took a few days to digest it. “This news stunned me, it was a breakdown,” Uja said. “It absolutely needs to be clarified that I am not a liar. I have never, and will never deliberately use banned drugs. I love my sports, and Know your responsibilities as athletes and relay team members.” 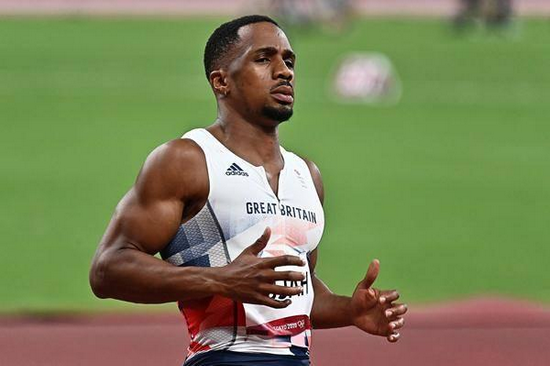 But Ujah also said that he would not make any similar responses or explanations until the final outcome of the matter came out.

The chief sports reporter of the British “Times” David Walsh published an op-ed saying: “Ujah may have committed some unprofessional and unthinking mistakes.”

The article analyzed that Ujah accidentally committed a relatively minor mistake. David Wash further explained: Usually in all drug-related sports cases, there is a “presumption of guilt” at the beginning, and the athletes will be dealt with in the way of deliberately taking drugs and cheating, but the anti-doping system is a complicated and systematic process. . He potentially meant that if the circumstances were not serious, the athletes involved could show conclusive evidence of unintentional medication, and Ujah and the British relay team are expected to be punished lightly.

It is worth mentioning that the British media was the first to question the Italian “dark horse” Jacobs after the Tokyo Olympics. Unexpectedly, the British “Olympic trapeze” was found to be the first to have problems.

In the end, the Track and Field Integrity Committee issued an announcement stating that Uja’s drug test result was positive. His sample was found to contain illegal drugs: ostarine and S-23, a new type of selective androgen receptor modulator drugs used to treat muscle atrophy and osteoporosis, and promote muscle growth and bone health , The World Anti-Doping Agency explicitly prohibits the use of these two drugs.

However, Ujah can request to apply for testing of his B bottle sample. If the result is still positive, the case will be submitted to the Anti-Doping Department of the International Court of Arbitration for Sports for review. At present, the four British Olympic relay silver medalists are all temporarily suspended, waiting for the final result of the case.

See also  Sacchi: "Ancelotti is the right man for Perez at Real Madrid"

The International Olympic Committee has such a paragraph in the “Olympic Charter” on the “Olympic Principles” article: “Everyone should enjoy the possibility of engaging in sports without any form of discrimination, and embody mutual understanding. The Olympic spirit of friendship, unity and fair competition”.

It can be said that “fair competition” is an indispensable cornerstone of the Olympic spirit. 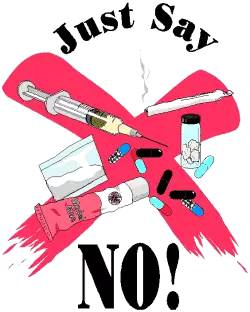 Since the 2004 Athens Olympics, the International Olympic Committee has taken a powerful measure against doping: keeping samples from each Olympic Games for 8 years, and retesting the samples once a reliable new method is available to deal with new illegal drugs. The time gap between R&D and drug testing development.

Starting from the Sochi Winter Olympics in 2014, the time for retrospective testing of samples has been extended to 10 years. This means that we only now know the final report on the medals and doping of the 2012 London Olympics. Olympic historian Bill Mullen said that at the London Olympics, more than 140 athletes were suspended or disqualified, including 42 medal winners (13 of which were gold medals), and nearly half of them were tested retrospectively. found.

Despite this investment, the positive test rate at the Olympics remains high.

The final doping statistics for the Tokyo Olympics will not be clear until the second half of 2031. The result analysis is complicated and long, but the athlete’s sports career is short and precious.

Another special reason that affected the doping testing of the Tokyo Olympics is the new crown epidemic. When the Olympic Games were postponed and international competitions were cancelled, many drug testing agencies stopped tracking athletes, and laboratories stopped analyzing samples of athletes. According to data from the World Anti-Doping Agency, the number of tests in 2020 has dropped by 45% from the previous year.

This casts a “shadow” on the already complicated and lengthy doping test. World Anti-Doping Agency Director General Olivier Nigli admitted that under the epidemic situation, the insufficient implementation of the “World Anti-Doping Regulations” is a thorny issue. Some countries may use the epidemic as an excuse to relax the testing of athletes. But Negri said: “Athletes who do not use doping will not switch to doping because of the reduction in testing. Those who want to use doping may try to take advantage of (this opportunity).”

The anti-doping movement is an off-field game that will always need to be fought. Once an athlete is involved in the doping controversy, whether it is under investigation now or another one 10 years later, it will be a fatal blow. Using doping at the risk of being suspended or blacklisted is not worth the gain.

Djokovic’s father defends his son No Vax: “He...

Motta from the last of the class “We...

Gotti after the draw with Genoa: “We missed...

A man survived a flight hidden in the...