Original title: Guoan arrived in Dalian one day ahead of schedule to prepare for the 10-day rest period to give Stanley more room to adjust

On the afternoon of the 22nd, the National Security Team set off from Beijing Chaoyang Station by high-speed rail and set off for Dalian, Liaoning, to prepare for the 17th round of the Chinese Super League make-up match that will be held this Saturday (24th). Due to the schedule and other reasons, Guoan’s last game was 10 days ago. But for the teams that have played consecutively before, this precious rest adjustment time will also be beneficial to the whole team’s running-in. At the same time, for the new Dutch coach Stanley, he has also gained more adjustment space.

After the game with the Hebei team, the Guoan soldiers returned to Beijing from Rizhao, Shandong. Coach Stanley duly gave the team a few days off, allowing the players to reunite with their family and friends after a continuous run. After a short period of adjustment, the entire team resumed the preparation training for the league at the Sun Art Base. Although due to comprehensive factors such as epidemic prevention and control, the Chinese Super League has been adjusted several times in the recent period, but for the Guoan team, which has just changed coaches for a short time, it is probably the first to use this interval for better running-in. important task.

After Stanley took over the team, the team played a total of two games. In the first game, the team drew 2-2 with the Zhejiang team. In the second game, they won the deputy squad leader Hebei team 3-1. From the perspective of tactical performance, the changes that Stanley brought to the team are not obvious. The Dutch have not made drastic changes when they first came up. In the last round of the Hebei team’s competition, although they changed to 433, after all, the strength of the opponent Limited, whether he will still insist on this style of play is indeed debatable. Therefore, the 10 days of precious time obtained after these two games are of critical significance for him and the coaching staff to judge the technical and tactical arrangements and the physical recovery of the players. 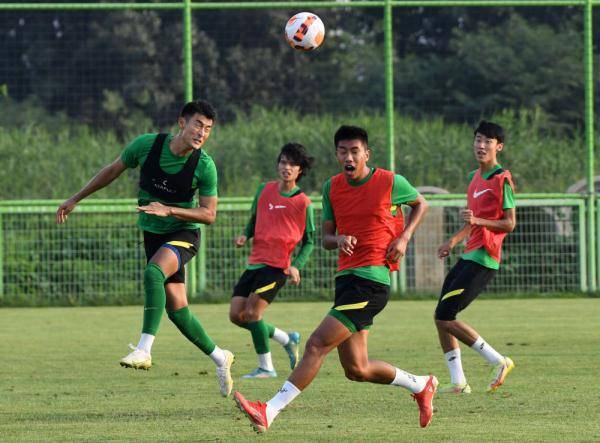 According to the reporter’s knowledge, Li Rixin, who served as an interpreter for the French coach Genesio for a period of time, is currently working for the Dalian team. He himself said that it is also a special joy to be able to work for the hometown team. Therefore, in this match between Guoan and Dalian, the old Guoan face will also face the old master. Of course, there are many familiar faces of Guoan in the Dalian squad, such as midfielder Lv Peng and players who have played so far this season. With the veteran Yan Xiangchuang who played very well, this matchup is bound to be very exciting.

Pordenone meets Ajeti and Bassoli before the tour...

Calciomercato Inter, from Chalobah to Soyuncu: the names...

Edimes cues the first in the final sprint...

Apu, Esposito is the name of the solution...

Mattia and Luca, Prata has his heroes under...

Iguodala with the Golden State Warriors: renewal for...