Home Sports Ibaka talks about going to the Development League: I’m not KD, of course I have to find status
Sports

Ibaka talks about going to the Development League: I’m not KD, of course I have to find status

Original title: Ibaka talks about going to the Development League: I am not KD, of course I have to look for the status

On November 19, Beijing time, Ibaka ended his last development league game. He scored 22 points, 14 rebounds and 4 assists. He is expected to return to the Clippers this week.

Earlier, Ibaka was in poor form in the two games after his comeback. He thought the current Clippers game was a bit too fast for him, so he took the initiative to apply to play in the Development League to find his status. Coach Tyron Lu also praised For this behavior, he is considered to be a real professional player.

Recently, Ibaka talked about his decision to take the initiative to play in the league in an interview. He said:

See also  Nozomi Networks, the startup that protects us from the most dangerous cyber attacks: "Born and raised in Italy, but they didn't believe in us here"

“But if you are not them, sometimes you have to rely on yourself and find ways to regain your confidence, because no one will help you.” Ibaka said.

“If I am Durant, I can miss two seasons and immediately resume my form to play, then of course I will play. But I am Ibaka, I need to work in my own way. No one will give me anything. I have been like this from the first day I entered the league, and this is why I decided to develop the league.” Ibaka said. 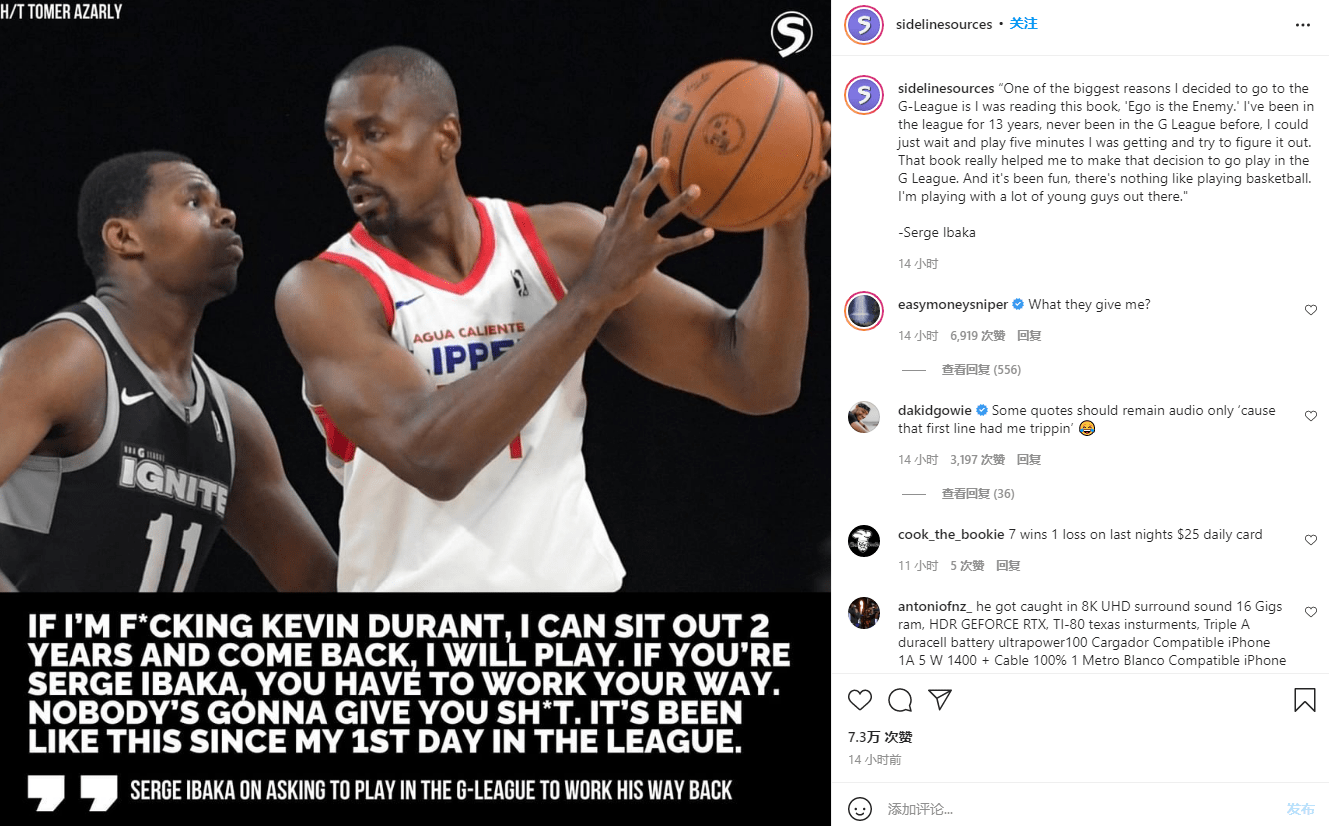 Durant replied to this remark on social media, and he joked: “What did they give me?”Return to Sohu to see more

Human rights are more important than money!Support for...

Juve and the ‘paper’ on Ronaldo: Mendes from...

Olympic athletes such as Ma Long and Su...

Many companies are shaking. Elkann: “Trust in the...

Interview with the President of the Romanian Olympic...

Eriksen returns to training 173 days after the...

Conegliano and the first pole dance and aerial...