On November 26, local time, FIFA held the 2022 Qatar World Preliminary Intercontinental Play-off draw at its headquarters in Switzerland. The team that finally qualified for the Asian play-offs will compete with the fifth place in South America to determine an intercontinental. Entry quota. The North American and Caribbean team will play against the Oceania team.

According to the current results of Group B in the top 12 Asian games, once the Japanese or Australian teams fail to get the B-group pass-through quota, they will face the Asian play-offs. If they beat the third place in Group A, they will face off against the South American team.

At present, the South American Division may get 0.5 qualifying places, including teams such as Peru, Uruguay, Colombia and Chile.

According to the allocation of seats for the World Cup, 2 tickets will be decided through the intercontinental play-offs.

The Asian division has 4.5 places to qualify for the World Cup. Except for the top two of the two groups, there are 0.5 places left. The third place will be determined by the two groups. The winner will participate in the intercontinental play-offs.

At present, the top 12 matches in the Asian region have completed 6 rounds. Iran and South Korea are among the top two in Group A and basically lock World Cup tickets; Saudi Arabia and Japan are among the top two in Group B. Among them, Saudi Arabia has basically qualified, and Japan and Australia have points. Close, Japan leads by 1 point. The two teams will compete for a direct qualifying spot in the final 4 rounds of the World Cup, and the other will face a play-off.

Once participating in the play-offs, whether it is Australia or Japan, they will face the third place in Group A. At present, the UAE, Lebanon and Iraq are likely to become opponents in the play-offs.

After getting 0.5 places in the Asian region, this Asian team will face the fifth place in the South American region. 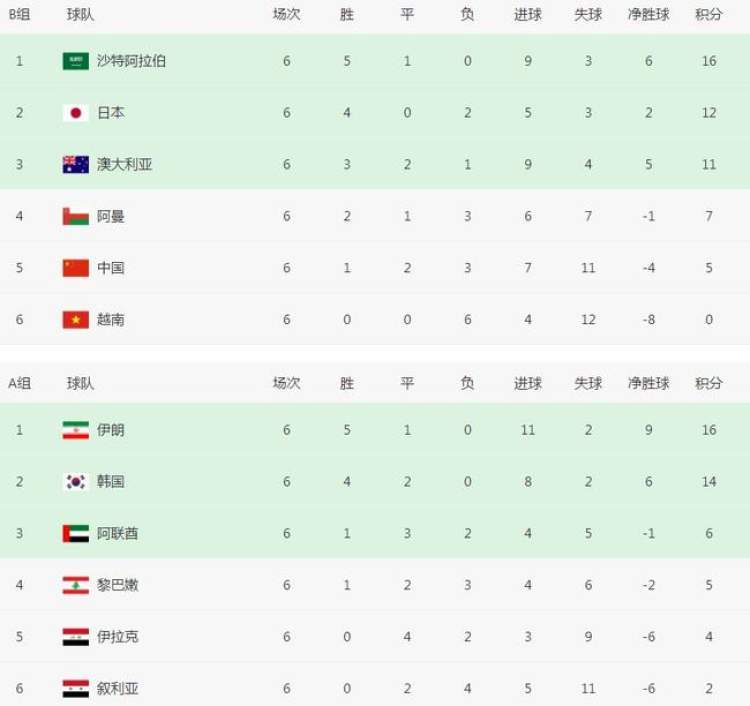 At present, the qualifying situation in South America is very chaotic. In addition to Brazil and Argentina who have already qualified, Ecuador is currently the only one, ranking third, and has great hopes to go straight to Qatar.

Starting from fourth place, Colombia, Peru, Chile and Uruguay have close points, and the gap between these teams is within one game. Even Bolivia, ranked eighth, may counterattack. Therefore, these five teams are likely to get a fourth direct qualifying spot in the future.

In other words, the fifth place in South America will also come from these five teams. 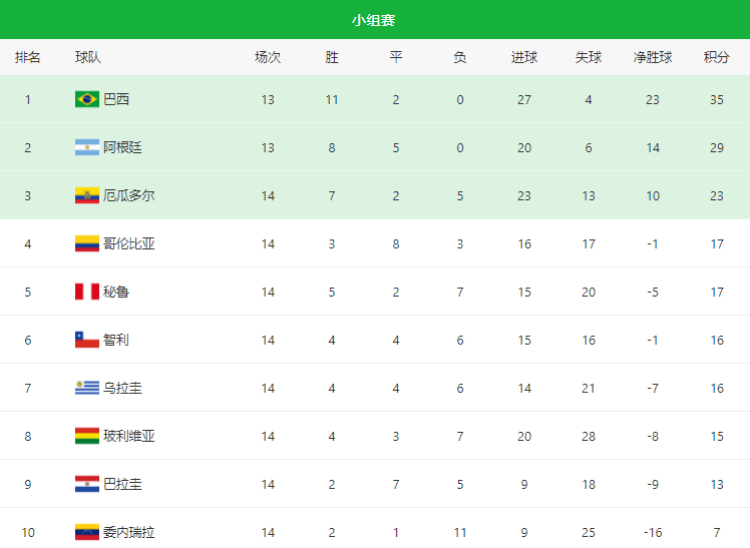 Therefore, this team from Asia, whether it is Japan, Australia, or the UAE, will face one of these five South American teams in the future. In terms of strength, Asian teams have never had an advantage against South American teams, and the 0.5 qualifying spot in the Asian region has basically cooled down.

As a result, the final four rounds of the World Preliminary Asian group stage will become very important, especially the Japanese and Australian teams in Group B, which will definitely stage a rush in the remaining rounds to compete for the second place in Group B. Direct qualifying places.

It is worth mentioning that after the results of the FIFA intercontinental draw were released, the Chinese men’s football World Cup dream once again suffered a heavy blow.

After 6 rounds of the top 12, the national team ranked fifth in the standings with 1 win, 2 draws, 3 losses and 5 points. There is a 6-point gap from third place Australia. The probability of qualifying from Group B has dropped to zero.

According to the schedule, the World Cup Intercontinental Play-offs will be held on June 13 or 14 next year.

The first set of dynamic sports icons in...

Bedini, energy and intensity from the bench for...

Bagnaia triumphs at Silverstone: advice from the masters...

It is revealed that Jiang Guangtai may bid...

Juve, Kostic close. But for Morata it is...