Home Sports KPL Cover Observation丨XYG underestimated the enemy and was upset by Shanghai EDG.M. Before the knockout, the content of Wendou does not need to be on the line｜See you on the cover every day_Results_Team_Poster
Sports

KPL Cover Observation丨XYG underestimated the enemy and was upset by Shanghai EDG.M. Before the knockout, the content of Wendou does not need to be on the line｜See you on the cover every day_Results_Team_Poster

Original title: KPL Cover Observation丨XYG underestimated the enemy and was upset by Shanghai EDG.M before the knockout match, the content of Wendou does not need to be on the line｜See you on the cover every day

On August 17th, the 2022 KPL Summer Playoffs kicked off at the Shanghai KPL E-Sports Center. The two sides played against XYG, who ranked first in Group A, and Shanghai EDG.M, who ranked fourth in Group A.

Shanghai EDG.M defeated XYG 4:2 under the circumstance that few outsiders were optimistic , and the unintentional words of XYG’s pre-match poster, “Close the door and beat the dog”, also instantly became a popular new stalk.

XYG won all 5 games in the third round of the regular season and broke through Group A in a hot state. This is a very rare record this season, and it is also the reason why the outside world is generally optimistic about XYG in the first game of the playoffs.

In the first round of the regular season, when XYG’s performance in Group S only declined a bit, the management chose to let assistant coach Zhexi replace the original head coach Feng Jun for the second consecutive season. Last season, when the management of XYG replaced the old coach Glucose with Feng Jun, who led the team to achieve the triple jump, there was actually quite a bit of controversy, but Feng Jun finally helped the team to stabilize the semi-finals, and many spectators had no way to criticize .

It is natural for a team to make personnel adjustments in pursuit of better results. The management of a strong team is eager to make a breakthrough in the team’s performance and will also make various attempts. However, if the performance is slightly unsatisfactory, changing the coach is actually an operation that is easy to attract criticism. XYG’s replacement of Feng Jun by Zhe Xi, who had previously led the team with poor performance, is a typical case.

At the end of the first round of the regular season, XYG went straight down to Group A. In the second round, they did not enter the S/A slot match, but were surpassed by two teams from Group B, Suzhou KSG and Nanjing Hero Jiujing, and only ranked in Group A. third. At the end of the regular season, the XYG players finally regained their form and broke through Group A with a five-match win. Zhe Xi’s team performance was also recognized by the outside world. In the middle, underestimating the enemy directly ruined their achievements.

In the first game against Shanghai EDG.M, XYG singled out Sun Bin on the second floor, and used Da Qiao with Lian Po and Wang Zhaojun with Miyamoto Musashi, directly dismantling three mature systems, and the shooter originally wanted to use Gongsun Li. In the laning advantage, Shanghai EDG.M’s shooter Roc used his best Luban No. 7 to target Gongsun Li, and the jungler Yuan used Pangu to restrain Miyamoto Musashi. In the first game less than ten minutes, XYG ended in a rout. The dismantling of his own system helped the opponent save a ban in the next few rounds. It can be said that the first round ended, and XYG fell into a big disadvantage because of underestimating the enemy.

The cooperation of Shanghai EDG.M players is getting better and better

In the second and third rounds, although XYG pulled two rounds in a row, the disadvantage caused by the dismantling of the system in the first round became more and more obvious as it dragged back. Shanghai EDG.M was even more fully prepared. Two veteran players, Ningzhi and Yanmeng, each used Ma He and Taiyi to perform a unique carry, helping the team to get match point. The Miyamoto Musashi saved his life twice, Ming’s Wang Zhaojun froze with precision, Roc’s Hou Yi put all his strength into the perfect team, Yanmeng’s bull demon was in place, and everyone in the Shanghai EDG.M team broke out. A strong desire to win has completed the upset promotion.

See also  Teixeira sends a message to say goodbye to Jiangsu: thank you clubs and fans, thank you China_土超

After XYG lost to Shanghai EDG.M, some viewers who didn’t like XYG began to use XYG’s pre-game poster “Close the door and beat the dog” to ridicule them – in XYG’s pre-game poster, their team’s mascot “Little Fairy Pig” Standing in front of the door, holding a feather duster and facing the puppy representing Shanghai EDG.M, the poster reads “close the door and hit the dog”.

Audiences who are familiar with the two teams know that there is a little Pomeranian named Nice at the Shanghai EDG.M base. This is the club’s mascot, and their pre-match posters are also themed on the cartoon image of the dog Nice. Therefore, XYG’s poster that says “Close the door and beat the dog” can only mean that the intention is not very modest, and it is a bit arrogant, but it is not insulting.

Some viewers who don’t like XYG ridiculed them with “closing the door and hitting the dog” after the game. This is actually part of the competitive sports culture. If you win, you will be crazy. If you lose, you can only laugh at them. This experience has also taught XYG’s operation a lesson, and they may be more humble in designing posters in future competitions.

On the other hand, on the Shanghai EDG.M side, their attitude was very low throughout the season. After winning two consecutive games at the last minute of the regular season and entering the playoffs, the morale of the entire team was boosted. Even if he is not favored by most people, he has to prove his bloody counterattack.

See also  Arteta: Manchester United is one of the most talented teams in the Premier League. Martinelli has the ability to start_Game_Arsenal_Man City

In contrast, XYG’s pre-match poster has also become a bookmark for them to underestimate the enemy, and it is worthy of the team to firmly remember the lesson.

The pre-match “trash talk” link of traditional competitive sports such as UFC has long been a favorite show for audiences. Athletes often let themselves go before the game, and they have exhausted their performances to ridicule their opponents, whether it is a real psychological war. Pressure, or to add gimmicks to the results after the game, this has long been a part of the competition. If you say anything, you must be mentally prepared to be “slapped in the face”. 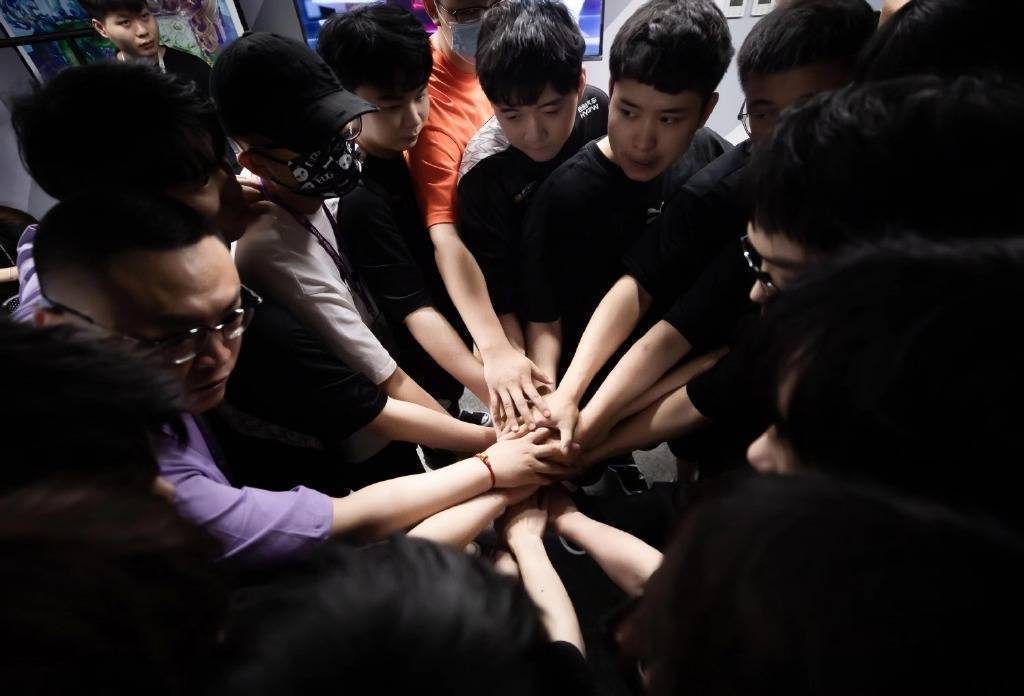 As for the audience, after witnessing a game like the hot-blooded “Shuangwen”, there is no need to hold the loser’s reckless words and deeds on the line. If all teams are afraid of being “slapped in the face”, the subsequent “wendou” before the game will be all over the line. If it has become a “fancy courtesy”, I am afraid that this arena will also be a lot less fun.Return to Sohu, see more