Li Xiaopeng builds the national football coaching team, the former foreign assistants are expected to stay in the team_pepp_work_强赛第

The relegation group and championship group competitions of the second stage of the 2021 Chinese Super League will kick off on December 12 and 13, respectively. As the new Chinese men’s football coach, Li Xiaopeng went to the Super League to inspect the international football team. During this period, Li Xiaopeng will also implement the construction of the new coaching team of the National Football Team. The reporter from Beiqing-Beijing Toutiao learned that several foreign assistants during Li Tie’s teaching period are expected to remain in office. As for Li Xiaopeng’s favorite foreign assistant coach Pep is currently still in Barcelona, ​​it is difficult to confirm whether he can make it to the team. 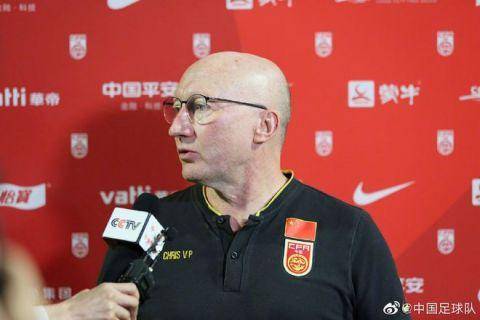 According to Beiqing-Beijing Toutiao reporter, foreign members of the original National Football team are expected to stay in the team and continue to assist Li Xiaopeng. For example, after the 4th round of the top 12 matches, the Belgian director of the Chinese Football Association Kreis and his fellow assistant Roy, who formally participated in the work of the national football coaching team, will continue to follow the team with a high probability. Like Reese, he returned to China with the national football delegation on November 18. He values ​​his work in the Chinese team very much. Coty, an Italian physiotherapist who returned to the national football team during the quarterfinals, will not be surprised to continue to serve the Chinese team. Recently, he has bid farewell to his old club, Guangzhou Football Club. Not surprisingly, all of the above will join the national football team to participate in a new training session starting around January 10 next year, and to participate in the 7th and 8th rounds of away games against Japan and Vietnam in the top 12 matches.

As for other assistants, Li Xiaopeng’s favorite is the Spanish coach Pep. In fact, as early as the beginning of this year, Li Xiaopeng hoped to invite Peppe to come to China to assist him in coaching the Wuhan team. However, due to the impact of the epidemic and physical conditions, Pep could not make the trip at that time. It is reported that Pep is currently in good physical condition, and the Chinese Football Association has also made contact with him in Barcelona. As to whether he can “join together” with Li Xiaopeng again, it is a matter of further negotiation between the parties. Compared with physical coaches and rehabilitation therapists, teaching assistants are more important at the technical level. However, even if Pep accepts Li Xiaopeng’s invitation, he must strictly implement various epidemic prevention and quarantine regulations after entering the country. It is hard to say whether he can catch up with the Japanese and Vietnamese teams.

Up to now, Li Xiaopeng has not confirmed any local assistant candidates. Judging from the information reflected from various channels, Li Xiaopeng is likely to select people from the former club or national team teammates and assistants to join the national football coaching staff.Return to Sohu to see more

“Come on, the city has a lot to do” Listen to Liushen Leilei and others tell the story of Chengdu_Xu Junhao_Lin Shuwei_Xu Bei

Solidarity centaurs: bikers from all over the world...

Cairo: “This time I agree with Lotito: football...

Brazil and Portugal advance to South Korea and...