Liu Guoliang: 50 years is not a full stop, looking forward to opening the 2.0 era of Sino-US ping-pong diplomacy_Inheritance

Original title: Liu Guoliang: 50 years is not the end

On November 23, Beijing time, the Chinese and American mixed doubles cross-country pairings, who are preparing for the World Table Tennis Championships in Houston, USA, conducted their first joint training, and the two teams also exchanged jerseys.

Liu Guoliang, chairman of the Chinese Table Tennis Association, participated in the whole process and accepted media interviews after the joint training.

Liu Guoliang said: “The significance of this World Table Tennis Championship is extraordinary. In addition to being a World Table Tennis Championship, it is also the 50th anniversary of China-US’ping pong diplomacy.’ 50 years ago,’ping pong diplomacy’ laid a good foundation. 50 years later, We use action to continue, so we launched two pairs of mixed doubles this time to show fans around the world.”

In Liu Guoliang’s view, this is a kind of inheritance, “50 years is not a full stop. How to do the 2.0 version of Sino-US’ping pong diplomacy’ is a substantial step for us.”The Chinese and American mixed doubles transnational pairings, who are preparing for the World Table Tennis Championships in Houston, USA, conducted their first joint training, and the two teams also exchanged jerseys.

As for why he chose Lin Gaoyuan and Wang Manyu, Liu Guoliang gave an explanation: “Lin Gaoyuan is left-handed and has a relatively strong doubles ability. It is more suitable to match Zhang An. Wang Manyu and Kanak are the same age, with similar ages and styles of play. Therefore, both teams have a certain impact. China and the United States each have a coach, so that they can do their best in language and off-court command.”

See also  Byron Nelson goes head to head in the second round of the tournament! Spieth T6 All Chinese players on the Light Tour qualify_PGA Tour_Ryan Palmer_David Skins 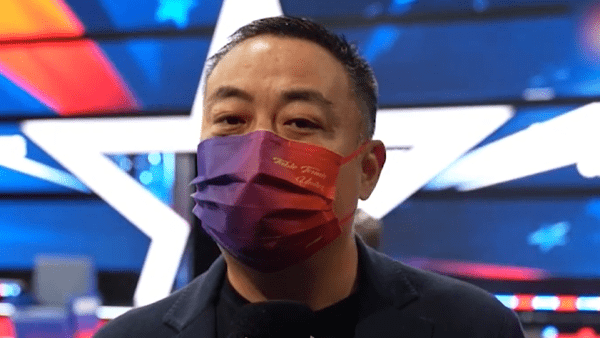 In fact, table tennis has always played an important role in Sino-US relations.

Liu Guoliang said at the time that the Chinese table tennis team’s visit to the United States is “three birds with one stone”, that is, training, promotion and inheritance.

“The joint training of Chinese and American athletes will not only improve the level, but more importantly, it will help to better promote the sport of table tennis to the United States and to the world. As a big country in table tennis, China is responsible for promoting table tennis. develop.”

“Generations of table tennis players in the two countries have jointly laid a good foundation, and the Chinese and American table tennis diplomatic culture will definitely be passed on from generation to generation.”

At that time, Zhang Ping, the Chinese Consul General in Los Angeles, also said that table tennis has a close relationship with the development of Sino-US relations. Table tennis diplomacy has played an important role in opening the door to Sino-US relations. He hoped that the Chinese table tennis team’s visit to the United States can continue to carry forward and inherit. The spirit of ping-pong diplomacy has contributed to the enhancement of mutual understanding and friendship between the people of China and the United States.

Messina, other positives to Internal Medicine at the “Papardo”. Child infected in Militello Rosmarino

What is the key to reality show innovation-China Daily