The pace of the 2022 Beijing Winter Olympics is getting closer. At present, a “Public Welfare + Ice and Snow” carnival feast is going over the “Double Olympic City”, setting off an upsurge of “ice and snow” for the whole people, and “driving 300 million people to participate in ice and snow sports” and helping mass ice and snow sports to fly to ordinary people. Family. 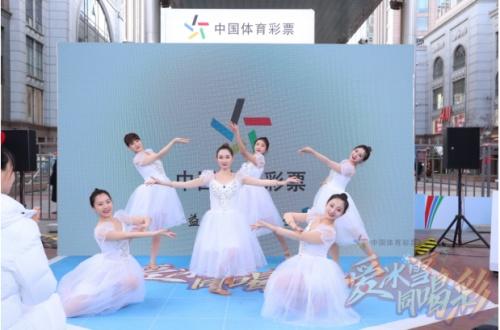 Along with a wonderful cheerleading performance, Olympic champion Hui Ruoqi, fencer Sun Wei, Beijing Sports Lottery Dream Building Public Welfare Team and other related representatives came to the stage to jointly start the event, and the theme name of “Love Ice and Snow, Cheer Together” appeared shiningly , Marking the official launch of this ice and snow carnival, setting off a wave of “going on ice and snow” for everyone, helping “300 million people participate in ice and snow sports” and bringing ice and snow sports to the public.

“Online + offline, ice and snow carnival”! In addition to the lively scene, Beijing Sports Lottery’s official WeChat account, Xinhua News Agency client, Xinhuanet, China Net, Netease, China Youth Daily APP, Nanfang + APP and other platforms also broadcast the event online, less than 2 hours, participate in the live broadcast There were more than 4 million netizens on, and everyone liked them and left a message saying: “The scene can be so fun, I really want to experience it, like the Chinese sports lottery! Like ice and snow sports!” 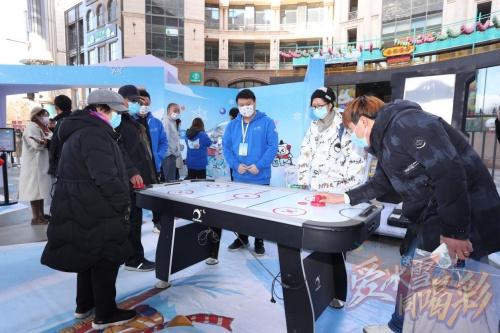 In the warm winter sun, the first “interactive lucky draw” officially opened in the morning. Before that, many viewers had lined up in an orderly manner in the five areas of “Let’s Make Ice and Snow”, “Dazzle Colors”, “Colorful Benefits”, “Charity for Public Welfare” and “Dream Building Ice and Snow”, gearing up to experience the fun of “Ice and Snow”.

In the “Lepai Ice and Snow” Internet celebrity check-in area, the ice and snow version of Le Xiaoxing is on site, attracting many young people to take photos and check-in; while in the “Publicity Style” exhibition area, sports lottery supports ice and snow sports, showing the charm of public welfare sports lottery; The “Bright Color” lucky draw area visually presents sports lotteries such as Big Lotto, 7 Stars, Arrangement 3 Arrangement 5, etc., and conveys the warmth of the sports lottery through the “Lucky Ball” lottery. 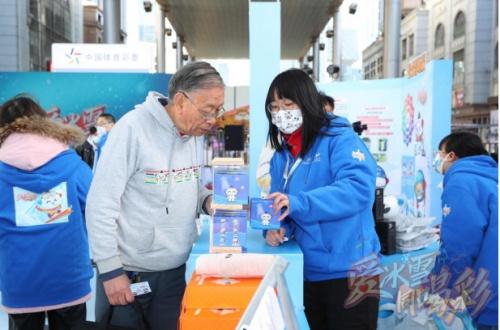 At the event, Olympic champion Hui Ruoqi and fencer Sun Wei were all in favor. Coincidentally, they are also “sports lottery gleam public welfare witnesses”, and they have already forged an indissoluble bond with sports lottery. 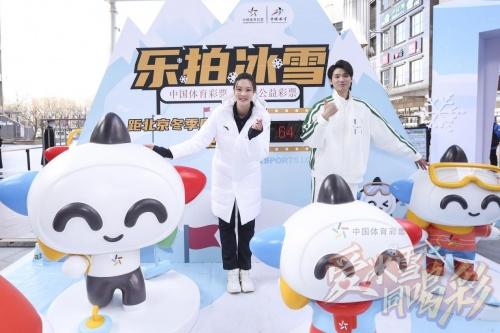 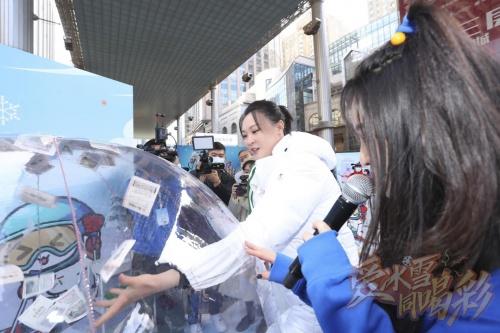 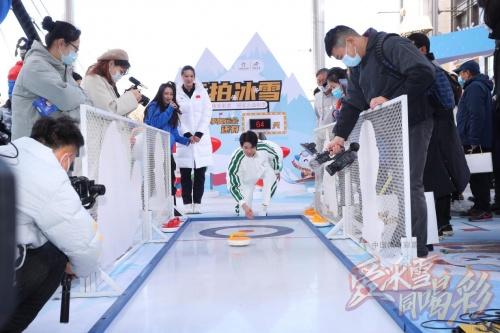 The sports lottery is always on the way to help the whole people get on the ice and snow. In recent years, the public welfare fund raised by China‘s sports lottery has continued to focus on the 2022 Beijing Winter Olympics, increase support, and focus on improving and improving scientific training conditions.

Da Rold is looking for the company on...

The National Football Team has finalized the 25-man...

The Beijing Chess Academy team has no choice...

Karius free-of-charge and his personal Jumanji. By Angelo...

Zheng Zhi is more likely to go to...

Australian Open, Caruso out of Berrettini and Sonego...

Shanghai media: GPHL and GAC are both in...

It is revealed that there will be new...