The specific lineup is:

Ma Long, Xu Xin, and Liu Shiwen will be absent from this World Table Tennis Championships, and it is understood that all three of them voluntarily offered not to participate.

Qin Zhijian, head coach of the National Table Tennis Men’s Team, said, “In this World Table Tennis Championships, both Malone and Xu Xin took the initiative not to participate due to their own adjustments and other reasons. As the absolute main force in the team, they still have strong competitiveness, especially Malone. In the Olympics men’s singles and men’s team won two gold medals, but based on the actual situation of the veteran players, the team and I both expressed our understanding and agreed to the two’s request not to participate.” 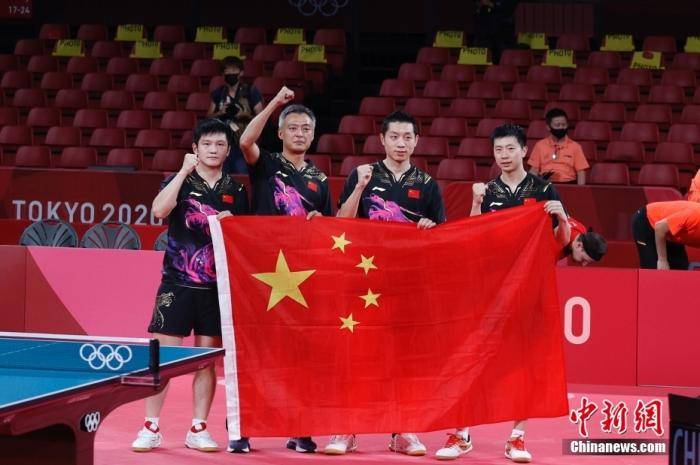 After Ma Long and Xu Xin voluntarily withdrew from the competition, the Chinese men’s table tennis team sent a singles lineup led by Fan Zhendong this time. In the consideration of the roster, the coaching staff considered the Paris Olympic expedition team members as the first starting point and comprehensively evaluated the lineup for this competition. Among them, Fan Zhendong and Liang Jingkun were the first to qualify for the competition by virtue of the National Games singles champion and the top score of the Table Tennis Super League. “Wang Chuqin is the Tokyo Olympic P-card and the doubles champion of the World Table Tennis Championships. In the Paris Olympic cycle, he has advantages in left-handed play, age and upside; Lin Gaoyuan is also left-handed, ranked high in the world, and participated in the first two In the individual events of the World Championships, they held their own line; in the warm-up match before the Tokyo Olympics, Zhou Qihao defeated Ma Long and Fan Zhendong one after another. “Qin Zhijian said this to the creation of the list.

“None of the five men who signed up for singles in the men’s team has been involved in the men’s singles championship of the World Table Tennis Championships. They stand on the same starting line in the new cycle and hope that they will seize every precious opportunity. In the new cycle, the team will also accelerate the Mesozoic and new generation players. The growth of the team will allow everyone to take on the heavy responsibility of the competition.” Qin Zhijian said that starting from the Houston World Table Tennis Championships, the team will gradually examine the performance of the players and select the lineup for the Paris Olympics.

The head coach of the National Table Tennis Women’s Team, Li Xun, said, “In fact, Liu Shiwen also showed good competitive form during the Tokyo Olympic cycle and the just-concluded National Games. Although she failed to compete this year due to personal reasons, I still hope she can Continue to maintain the state and make new contributions to the development of the team and even table tennis in the new cycle.”

Li Sun believes that the final goal of the Houston World Table Tennis Championships is the Paris Olympics. “For us, the Paris Olympic cycle is less than three years away. Although it can be said that the women’s team has completed the transition between the old and the new in the Tokyo Olympics, But in the face of the Paris Olympics, we hope to form a new young competitive group on this basis. Among the five people who have signed up, Chen Meng, Sun Yingsha, and Wang Manyu participated in the Tokyo Olympics. Chen Xingtong and Wang Yidi were chosen because they were on the top. The team ranked high in the international and domestic competitions throughout the period, and the recent National Games and the Table Tennis Super League also showed that young players have the courage to compete and compete for the first place. We hope that the women’s team will take this to form a new competitive situation. “

See also  Official announcement!Shanxi announces that Yang Xuezeng will return to serve as team coach for the third time_Guide

The 2021 World Table Tennis Championships will be held in Houston, USA from November 23 to 29. (over)Return to Sohu to see more

The Chinese version of “Shark Beach” starts with...

Cooke ready for Treviso Basket: “I bring you...

The story of this Asian Games gold medal...

Zhu Rongzhen has received an offer from an...

The new season schedule is difficult to produce...

Mls All Star, 5 tickets for fans with...

The first set of dynamic sports icons in...

Bedini, energy and intensity from the bench for...