Home Sports Preview of the 16th round of the Chinese Super League: Three towns are competing for victory, and Wu Lei will return to his debut – yqqlm
Sports

Preview of the 16th round of the Chinese Super League: Three towns are competing for victory, and Wu Lei will return to his debut – yqqlm

Original title: Preview of the 16th round of the Chinese Super League: the three towns are competing to win and Wu Lei will return to the first show

Beijing time on September 20th, the 2022 Chinese Super League’s 16th round of supplementary matches is about to begin. Among these 5 supplementary matches, Sanzhen’s match against Yatai and Haigang’s match against Henan are particularly interesting, and Dalian people are at home It is also very important to play against the Hebei team, the direct opponent of relegation.

After a half-month rest, Changchun Yatai finally ushered in the first supplementary game. Due to the impact of the epidemic, the 16th, 17th and 18th rounds of the Yatai team were postponed. They participated in the last game. It can be traced back to the 12th round of supplementary games half a month ago. In that game, Yatai lost 0-1 to Chengdu Rongcheng. The team has only played 15 games in the standings, with 4 wins, 7 draws and 4 losses. Ranked 11th with 19 points, if Yatai plays these three make-up games well, then they are likely to rush to the upper middle and upper parts of the standings.

However, their first opponent in the make-up match is not easy to deal with. The leader Wuhan Sanzhen is eager to win three points. After all, they lead Shandong Taishan team by 4 points in one less game. If they win Yatai, then their lead It will be expanded to 7 points, which is definitely beneficial to them who are aiming to win the championship, and it is not even ruled out that they will lead all the way to the final round. However, the disadvantage is that the foreign aid in Sanzhen is seriously injured, the top scorer Malkang has not recovered from the injury, and Stanciu not only has a calf strain, he has also been called up by the national team and will also miss several rounds of the Chinese Super League. There was a head injury in the round of the game, and there is a question mark on whether he can play in this game. However, the three towns have a strong lineup. Even if many people are injured, there are still many strong players on the bench who can stand up. Therefore, against Yatai on the road, 3 points Willing to win.

Both teams also had postponed games. Shenhua played in the 16th and 18th rounds, and Meizhou Hakka played in the 16th round. Coincidentally, the last time the two teams participated in the competition, their opponents were the Zhejiang team. Shenhua drew 1-1 with Zhejiang in the 17th round, while Meizhou drew 0-0 with Zhejiang in the 18th round. Shenhua has a certain advantage in terms of physical fitness due to the schedule arrangement, and the other good news is that the team’s injury situation has improved. Basogo, Jiang Shenglong and others all came to Dalian’s home court with the team. Whether they can play is to be determined, it is very likely They will be on the bench first.

As the biggest dark horse this season, the Meizhou Hakka team currently ranks fourth in the standings with 30 points, while Shanghai Shenhua also has 30 points, but ranks fifth in goal difference, so this game is for both teams. , is also a battle of 6 points about ranking. There is a high probability that Shenhua will still focus on defense and look for opportunities to counterattack. In the previous games against Sanzhen and Taishan, it can be seen that the team is very tough, so if Meizhou wants to win the game, I am afraid it will experience a game uphill battle.

Wuhan Yangtze River has also been postponed for 3 rounds. They have experienced a rest period of more than 20 days. They have not played for such a long time. I don’t know if it is a blessing or a curse for the team. The last time Yangtze River participated, it was against Taishan at the end of August. In that game, they lost 1-2 to their opponents, and then they started the rest mode. At present, the team ranks 12th with 17 points. Although there are still some points away from the relegation zone, the team has lost three games and needs to regain the feeling of victory. If they cannot use these three supplementary rounds to score points, Wuhan Changjiang River cannot be ruled out. In the next few rounds, there will also be a fight for relegation.

On the other hand, the Shenzhen team is in a very bad state. After the disastrous defeat of the Dalian natives in the last round, Li Zhangzhu also took the blame and resigned. The former international Zhang Xiaorui led the team temporarily, but it was reported that Shen Xiangfu would become the head of the Shenzhen team’s coaching staff. For the deep foot, will it be transported. In the standings, Shenzhen Football is only 1 point behind Wuhan Yangtze River, ranking 13th. Losing big scores in a row also makes the outside world not optimistic about Shenzhen Football’s relegation situation. If they cannot win Wuhan Yangtze River in this round, Shenzhen Football is not ruled out. Continue to slide down the standings.

The Henan team lost 0-1 to Tianjin Jinmen Tigers in the last round, and has been overtaken by Meizhou Hakka in the standings. If they fail to score points in this game, they are likely to fall out of the top three. The good news is that the team’s foreign aid, Adrian, is recovering from injury and is likely to appear in the starting lineup. Another new aid, Carrillo, who replaced Dorado, has also joined the team. In theory, he can play in the port, but Due to the lack of systematic training for a long time, it is very likely that Javier will not risk playing him, and another foreign aid, Kalanga, has not yet recovered from injury. Therefore, against Haigang, the Henan team will most likely still have a striker composed of local players.

It can be said that there is a lot of good things here at the seaport. In this game, Wu Lei will most likely make his debut after returning to the seaport, and the team’s tactics will definitely revolve around “Nuclear Weapon 7”. On the other hand, the team’s new The aid Vargas also came to Henan with the team. Not surprisingly, he will also appear, but it is a matter of whether it is a substitute or a starter. Haigang has also been postponed for 3 games. If they can play these three games well, it is not ruled out that they will rush to the upper part of the standings. Although there is no hope of winning the championship, it is still necessary to use the league to run the lineup for the FA Cup.

See also  Top influencers on YouTube: in the first place there is an electric bass player 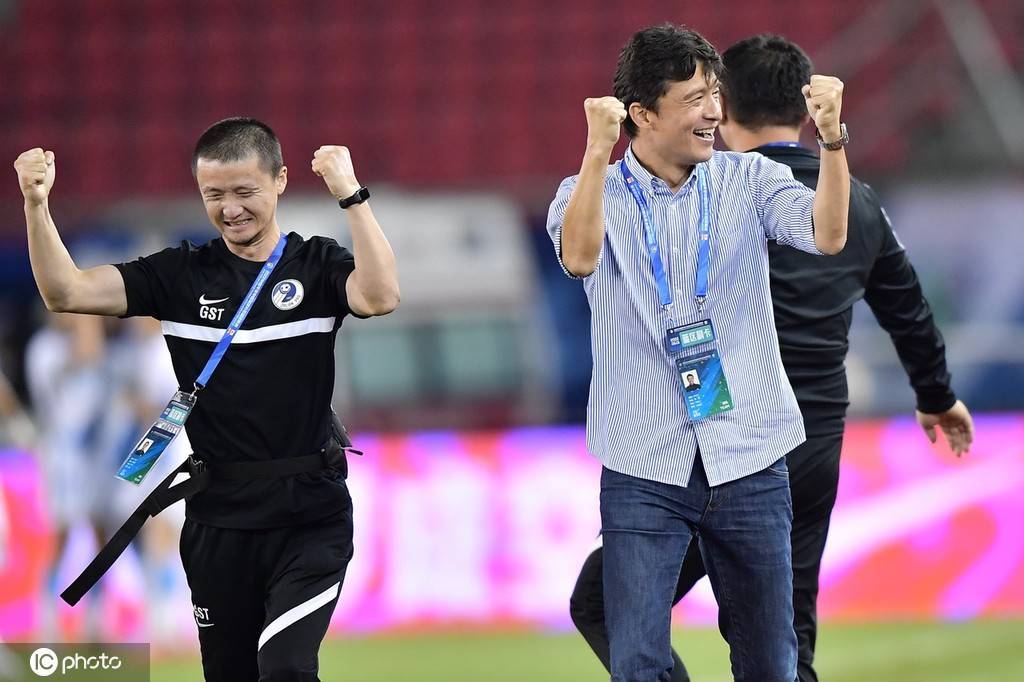 The contest between the Dalian people and the Hebei team is directly related to the relegation situation of the Chinese Super League. At present, the Dalian people have 3 wins, 6 draws and 6 losses, ranking 14th with 15 points. After signing in the summer window, the team’s strength has made a qualitative leap. , the relegation situation is very good, and their 5-1 victory over Shenzhen Football in the last round also gave fans hope. This round at home against the vice squad leader Hebei team, the Dalian people will definitely play offensive football. If they win, the Dalian people are likely to completely escape the relegation zone. However, the more unfavorable factor is that the team’s four players Lin Liangming, Shan Huanhuan, Wu Wei and Tong Lei were suspended from training due to contract issues. I don’t know if it will affect the final result of the game.

As for the Hebei team, they are 6 points behind Guangzhou City at the bottom, and they have basically locked in a relegation spot. The team’s goal in the future can only be to train more young players, so that more young people have the opportunity to play, and they want to avoid relegation. It is a fantasy, and the Korean coach Kim Jong-fu is indeed helpless. (DD)Return to Sohu, see more