At 23:10 on June 25th, the 21st Guiyang Amateur Football Division C League, hosted by Guizhou Sports Online, guided by the Guiyang Olympic Sports Center, and co-organized by the Guiyang Olympic Event Operation Center, will be held at the Linquan Football Park. At the end of the second game of the fifth round, Run Tiexiang 0-3 Yang Laowu Roast Meat.

Run Tiexiang has players outside the list to participate in this game. According to the league competition rules, a single game will be judged as a 0-3 loss, and the goals will not be counted in the scorer list. 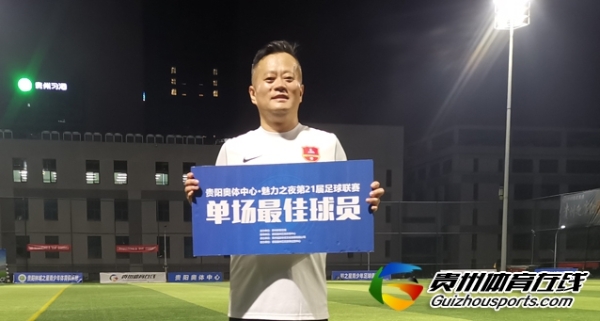 Run Tiexiang No. 40 Feng Ar was awarded the best player of the game

From the satellite lake to the whole country:...

The Academy at work true to itself. Panigati:...

The Chinese version of “Shark Beach” starts with...

Cooke ready for Treviso Basket: “I bring you...

The story of this Asian Games gold medal...

Zhu Rongzhen has received an offer from an...

The new season schedule is difficult to produce...

Mls All Star, 5 tickets for fans with...