China News Service, Liuzhou, October 6th, title: Rural teenagers in Guangxi have had a “foot” addiction at their doorstep to realize their football dreams

This five-a-side football field built in the countryside is paved with artificial turf and equipped with protective nets. Although it is far from the size of a standard football field, it does not prevent children from having a “foot” addiction at home and feeling the joy of football.

“I like football very much and I want to be a professional football player in the future.” The 11-year-old Chen Shiyang’s face is full of sweat. Before that, he wanted to be a chef because of his love for food. After a year of exposure to football, his appetite has increased and his ambitions have also changed. “Before I was very thin and ate at most a bowl of rice, and I was often sick. Now I am not only in a great body, but I have to eat a bowl and a half of rice for each meal.”

Rural children can play football at home. Thanks to the Guangxi Rural Football Revitalization Plan launched by Liuzhou football fans in August 2020, more than 20 charity football coaches from all walks of life walked into the countryside to carry out football at least once a week. System guidance and training. Pingditun became one of the first pilots of the charity football project.

See also  F1 calendar, 2022 is outlined: the Jeddah and Miami GPs in March and early May

Deng Jun, who was engaged in the insurance industry, was a football player. When the Guangxi Rural Football Revitalization Plan recruited charity coaches, she signed up as soon as possible. For more than a year, Jun Deng has been to Pingdi Village every weekend to take the children to train, and he has also witnessed the changes that football has brought to the village. 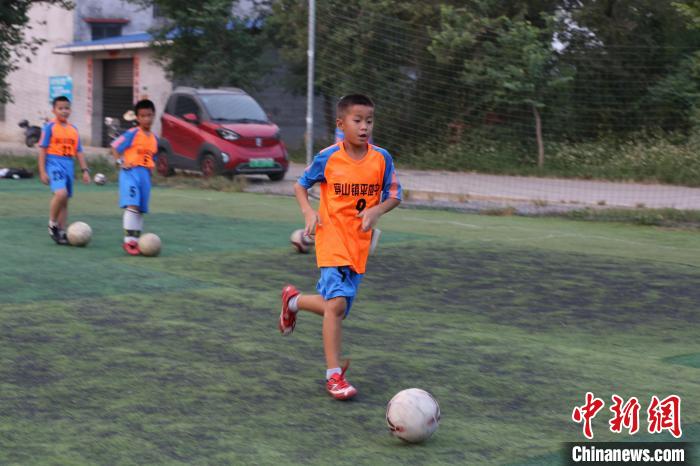 “At the beginning, there were more than ten children participating, the youngest was 6 years old, but there was no venue at the time, so they could only train on the basketball court.” Deng Jun introduced that children who have never been in touch with football, felt the charm of football, and consciously put down their mobile phones. . Seeing the changes in the children, at the end of 2020, the villagers in Pingdi Village raised funds and formed a voluntary labor team to build a football field in the village. Social caring people donated artificial turf, goals, football uniforms, etc.

Today, the number of children joining football in Pingdi Village has increased to 30. Every training session has become a scenic spot in the village, and the periphery of the field is full of parents. It’s not just the children in Pingditun who can enjoy the “foot” addiction at home. According to Zhang Yongjun, the initiator of the Guangxi Rural Football Revitalization Plan, currently 6 villages in Liuzhou have become pilots, and about 240 children have joined them.

See also  Covid: in the gym without Green Pass, four fines in the Bari area - Puglia

One of the focus of football development and improvement is to expand the football population. The “Overall Plan for the Reform and Development of Chinese Football” proposes to continuously expand the scale of social football and lay a solid foundation for the masses and talents for the development of professional football. Therefore, in recent years, people have set their sights on the rural areas to vigorously promote and popularize football.

Zhang Yongjun said that the purpose of launching the project is to stimulate more rural children’s interest in football, to find good seedlings, to improve the physical fitness of rural youths, and to help rural revitalization with the help of football culture.

Wei Yu, a public welfare coach with more than 20 years of experience in leading the team, said that there are many good football seedlings in the countryside, and they are buried because they have no access to football. “I have trained many children from migrant workers, some of them were admitted to college with football skills, and some entered professional clubs.”

Zhang Yongjun said frankly that the development of rural football is inseparable from the support of the government, people from all walks of life and parents. At present, the public welfare project has been selected by Liuzhou Civil Affairs Bureau as a 2021 Liuzhou social organization to participate in the rural revitalization venture philanthropy project, and will receive certain support in terms of policies and funds.

In order to enrich the team of charity coaches, the Guangxi Rural Football Promotion Plan recruited “parent coaches” in rural areas, and nearly 10 people have been trained. Wei Meiqiong, who has never played football, is one of them. Wei Meiqiong rushes to the village immediately after get off work every day. Sometimes, before he can change her skirt and high heels, she starts to complete the training tasks assigned by the charity coach.

See also  A puncture shatters all of Lamonato's plans

According to Zhang Yongjun, their goal is to expand the public welfare project to the entire Guangxi and provide children with a platform for communication and competition through the organization of rural football matches and other forms. Many villages are currently docking to become pilot projects. I believe that more rural children will be able to realize their football dreams. (over)

FIFA issued a statement: FIFA brand should not...

Dancing with the Stars 2021, Morgan surprises everyone....

FIFA issued a statement: FIFA brand should not...

Rolando Bianchi at Sportweek: “I took the respect...

The anti-Treviso Dinamo relies on the former

Riso Scotti, battle at the top This evening...

Carragher: Manchester United proves that rich does not...

It is revealed that Popovich retires within 1-2...