Yesterday was a double happiness for Shenhua Club. In the Chinese Super League, Shenhua defeated Songshan Longmen in Henan, continuing their proud record of 7 rounds of undefeated. In the first Tomorrow Star Champions Cup, the Shanghai U15 blue team, which is composed of Shenhua’s 07-age echelon, also won the championship.

After leading the team to win the Rising Star Championship, the Shanghai U15 Blue Team coach and former Shenhua defender Tao Jin revealed that the players were very excited, “I hope that through this experience, the players can truly have a ‘heart of a champion’. , dare to attack more and higher championship goals. If they can keep this in mind in the future of football, it will be their biggest gain in this game.” 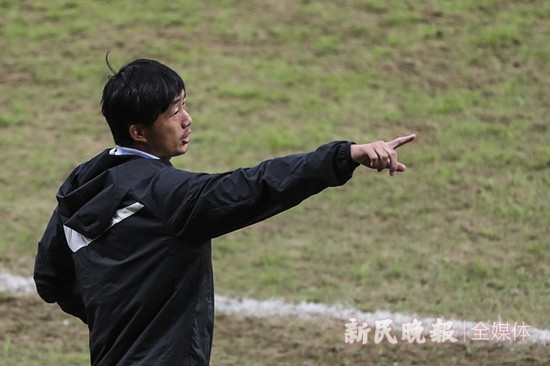 Tao Jin conducts on the sidelines

After retiring from Shenhua, with the support of the club, Tao Jin served as the coach of the echelon. The Shanghai U15 blue team won the championship by tomorrow’s star is composed of the Shenhua 07-age echelon coached by Tao Jin. “I would also like to thank the Shenhua Club, including the Brothers Club, Lucky Star and Jiading for their support, and especially my club for not giving up the youth training under such difficult circumstances.” Tao Jin himself is a successful product of the Shenhua youth training, and now he chooses to work hard Shenhua youth training, “Mr. Wu (Wu Xiaohui) gave me a lot of encouragement, so that I can always lead the youth training with confidence. This team has been with the team for three years, and I hope that through hard work, I will first improve myself, and then improve the ability of the players, so as to serve Shanghai , to send more players to the country.”

See also  The Mogliano against the Lyons to regain success

Since 2014, when Greenland Group started to operate Shenhua Club, it has tried a variety of plans for echelon construction. After that, Shenhua Club set up the youth training center in Jiangzhen Middle School. Through the operation in recent years, Shenhua echelon players have become an important part of the national team of all ages. For example, the U21 national youth team that is training in Croatia has five Shenhua players including He Longhai and Zhu Yue; there are also two Shenhua echelon players in the national youth team that is about to go to the U17 Asian Cup.

Tao Jin was thrown high by the players after the game

Shenhua’s big brothers who are in the Chinese Super League are also very happy to learn that the U15 echelon members have won the championship. Shenhua coach Wu Jingui said, “Before the game, I learned that our team in 2007 won the championship in the Shanghai Rising Star game, which is also very encouraging to the team, so we must play this game well today.”

Tao Jin revealed that the Star Champions Cup is the highest-level youth football competition in China, but his players did not carry burdens but learned to enjoy football, “I have always told my players that reaching the finals has proved that you are the best. Okay, the weather is good, and the final is held in the venue where the Chinese Super League is held. I hope you can enjoy the game and enjoy football. No matter what the final result is, as long as you do your best and show some of the things you usually practiced in the final, You have already succeeded.” In the final yesterday afternoon, Wang Ziheng from the U15 team of Shenhua Jiangzhen Middle School scored twice and was finally elected as the “Rising Star” of this Champions Cup. (Xinmin Evening News reporter Jin Lei)

See also  Milan, Tomori not called up by England: the reason | PM News

Respect for the franchise and a good multiplayer system: Ghostbusters: Spirits Unleashed