Home Sports Special Commentary: China’s track races are not in succession + field races are suddenly emerging, and there is no successor to the golden generation of race walking? _Paris Olympic Games_Su Bingtian_Feng Bin
Sports

Special Commentary: China’s track races are not in succession + field races are suddenly emerging, and there is no successor to the golden generation of race walking? _Paris Olympic Games_Su Bingtian_Feng Bin

Original title: Special Comment: The Chinese team track race is not in succession + the field race is suddenly emerging, and there is no successor to the golden generation of race walking?

On July 25, Beijing time, the 2022 World Track and Field Championships came to an end at Hayward Stadium. The Chinese team finally won 2 golds, 1 silver and 3 bronzes. From the downturn in sprinting and race walking events to the sudden emergence of Wang Jianan and Feng Bin, will this World Championships become the “mock test” result of the Chinese team before the Paris Olympics?

In the last two Olympic cycles, sprinting has become a new breakthrough in Chinese track and field. In the 2015 Beijing World Championships, the Chinese team led by Zhang Peimeng won the silver medal, becoming the first and only Asian team to reach the podium of the World Championships. At the Tokyo Olympics last year, the Chinese team won a precious bronze medal, and Su Bingtian set an Asian record in the 100-meter semi-final and entered the final, making history one after another.

But after the Tokyo Olympics, Su Bingtian said that he had retired and was “just a teacher at the moment.” In addition, due to the epidemic, the Chinese team was unable to participate in the competition in foreign systems, and the inability to feel the atmosphere of the competition for a long time was not conducive to mobilizing the state of the competition. In this World Championships, Su Bingtian ranked bottom in the 100-meter semi-finals, Ge Manqi ranked 15th in the 100-meter semi-finals, both missed the finals, and the state was very average. In the post-Su Bingtian era, it is worth paying attention to whether the Chinese sprint team led by Xie Zhenye can continue the glory of the two cycles.

Race walking is unexpectedly sluggish, and there is no successor in China after the golden generation?

See also  Share | A selection of the four most popular albums of Yangyang Philharmonic, and another fever storm! _recording_original_extreme

Race walking has always been the dominant sport of the Chinese women’s team. China has won 7 of the 18 medals in the 6 Olympic Games, including the historic gold, silver and bronze medals in the 2012 London Olympics. In the past three World Championships, China has achieved three consecutive championships. But in this World Championships, only the London Olympic champion Qiyang Shi has won two bronze medals in the women’s team. In Paris two years later, Liu Hong will be turning 37 years old, and Sister Cheyang Shi will be 34 years old. Can such an “aging” walking group bring us surprises?

For men, it was not until 2012 that Chen Ding achieved a historic breakthrough, winning the first Olympic gold for Asian athletes, and Wang Zhen winning the bronze medal; four years later in Rio, Wang Zhen was crowned champion and Cai Zelin won the silver medal. In the World Championships, the Chinese team has won four consecutive silver medals since Berlin in 2009, but the best result in this World Championships is only He Xianghong (5th place) of 35 kilometers, which is completely in line with the overall performance before the Rio Olympic cycle. can’t be compared.

Although the coach is very optimistic about Wang Jianan’s prospects, Wang Jianan is already 28 years old in the 2024 Paris Olympics, and Tentogello, born in 1998, is still in his prime. Can Jia Nan still maintain his peak state and continue to keep the honor of No. 1 in Asia and even No. 1 in the world in China? 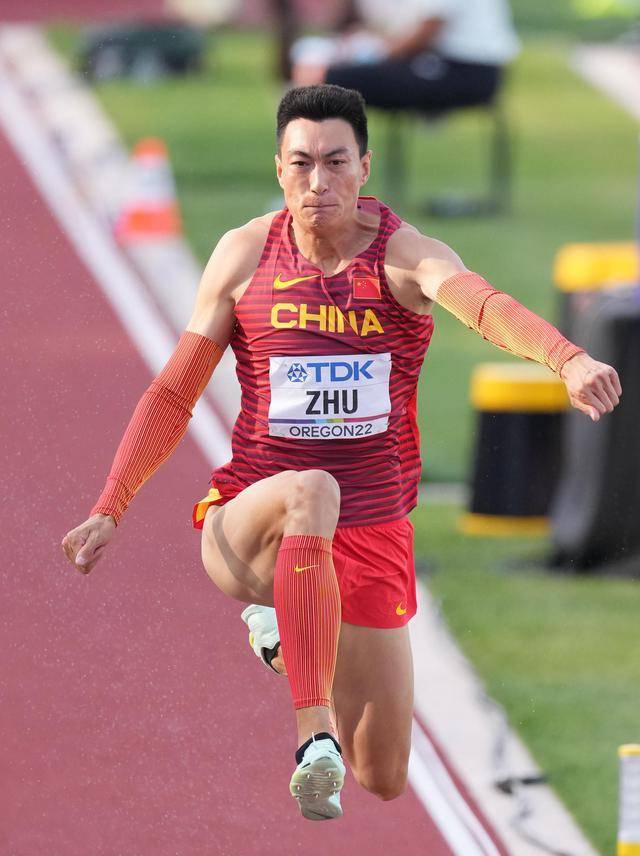 At thirty, can Zhu Yaming still stand on top of the triple jump world?

The men’s triple jump was once the dominant event for Asian players. From 1928 to 1936, Japan achieved three consecutive Olympic championships in this event. But since then, the next Asian player to reach the Olympic podium is Dong Bin, the bronze medalist at the 2016 Rio Olympics, and Zhu Yaming, who won the silver medal at the Tokyo Olympics five years later.

Dong Bin and Zhu Yaming are both late bloomers. The former was 28 when he won the Olympic bronze medal, and the latter was 27 when he won the runner-up in Tokyo. The current world king is Pedro Picardo, who was born in 1993, and Zango, who occupied the podium of the World Championships this cycle, was also born in 1993. Although they are one year older than Zhu Yaming, they are from Eugene. From the perspective of the World Championships, there is no sign of a decline in ability. In Paris in 2024, will these three “veterans” who have reached the age of 30 still be able to withstand the impact of their juniors and continue their peak duel?

From obscurity to a final decision, is the Paris Olympics Feng Bin’s battle for kingship?

Feng Bin, who was born in 1994, has participated in two Olympic Games, ranking eighth in 2016 and only 17th in 2020. This year’s Eugene World Championships, Feng Bin, who was only ranked 8th in the qualifying round, relied on the first shot of 69 meters and 12 meters, which greatly refreshed his career best results and won the championship in one stop. After Li Yanfeng, the second Asian/Chinese athlete in history to win the women’s discus at the World Championships.

In the Paris Olympics two years later, the 30-year-old Feng Bin’s most important competitor is the Tokyo Olympic champion, Valerie Arman, born in 1995. She is the only athlete to break the 70-meter mark this season. This will also be a perfect opportunity for Feng Bin to prove that he won the gold at the World Championships because of his strength, not just a flash in the pan.

(As e)Return to Sohu, see more

what does EOE mean

Sassuolo, Dionisi: “We didn’t deserve this result against...

Naples, Ndombele ever closer. But there is the...

Serie A, no match at the debut after...

Cecchetto, second medal comes the silver in the...

The first leg of the National Taekwondo Championships...