According to the plan, the new Chinese men’s football team will be concentrated in Shanghai on January 10, and then prepare for two top 12 away games against Japan and Vietnam on January 27 and February 1. With the coming of the new year, coach Li Xiaopeng’s “building” work on the coaching team has basically been completed. If there are no accidents, including Zheng Zhi, Li Jinyu, Zhao Junzhe, Li Leilei, Shao Jiayi, Sun Xiang, a number of former outstanding national football players currently in the first-line coaching or industry management positions in the Super League will join the new national football coaching team. And because the team’s original British physical coach Adrian Lamb suddenly resigned due to family reasons, the Chinese Football Association specially invited the Brazilian physical coach Owen Wilk from the Shanghai Shenhua Club to join the national football team. An unprecedentedly large coaching team will join hands to help the National Football Team participate in the final 4 rounds of preparations and competitions in the top 12 matches. It can be seen that, while supporting the team to play well in the World Cup preliminaries, the National Football Leadership Working Group also prepares for a rainy day, injecting new vitality into the team and exploring new ways through the use of potential local coaches. 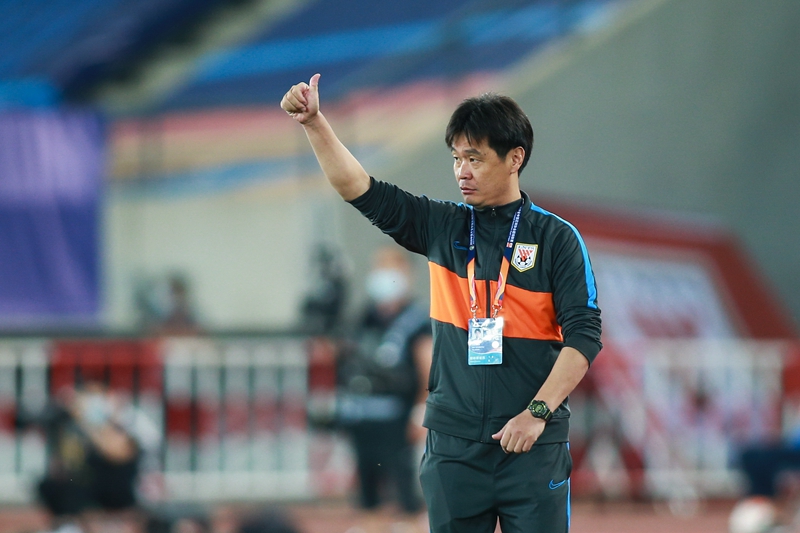 This Friday, which is the last day of 2021. Li Xiaopeng appeared in the Guangzhou Division of the Chinese Super League. As the new coach of the national football team, it is normal for Li Xiaopeng to go to the competition area to inspect players. But on this day, he has a more important task, which is to spare no effort to retain Jiang Guangtai, a naturalized player currently playing for the Guangzhou team. Affected by factors such as the financial crisis of the Guangzhou Football Club and the unclear share reform plan of the club, among the four current nationals, Alan, Exxon, and Luo Guofu have returned to Brazil at different times. Affected by the epidemic and restrictions on international travel conditions, these three people are no longer able to participate in the new national football training session that will start on January 10. It is difficult for the group to make a clear grasp. 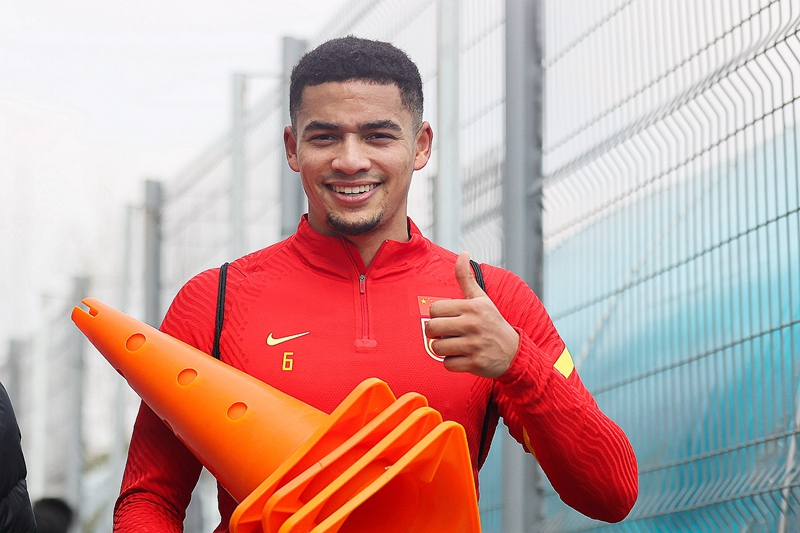 Jiang Guangtai is in a different situation from them. Jiang Guangtai has been in Guangzhou since he returned to China with the National Football Team on November 18 last year and was lifted from isolation on December 9. As the future of the Guangzhou Club is still full of variables, it is difficult to determine the answer to the question of where Jiang Guangtai will go. Under this circumstance, Li Xiaopeng finally decided to go to Guangzhou to communicate with him in person. Although the specific content of the communication is not known, according to people familiar with the matter, Li Xiaopeng made a sincere retention of him on December 31 last year, and the communication effect was relatively satisfactory. This means that the naturalized Iron Guard has a high probability of participating in a new training session with the national football team and going to Japan and Vietnam to compete in away games.

In fact, since the official announcement of the National Football Team’s coaching change on December 8th, Li Xiaopeng has been in some domestic cities, especially the cities where the professional league divisions are located. Its purpose is to communicate with relevant clubs (units) about the selection of assistants. A reporter from Beijing Youth Daily learned on January 1 that as of the arrival of the new year, the construction of Li Xiaopeng’s team was basically completed. 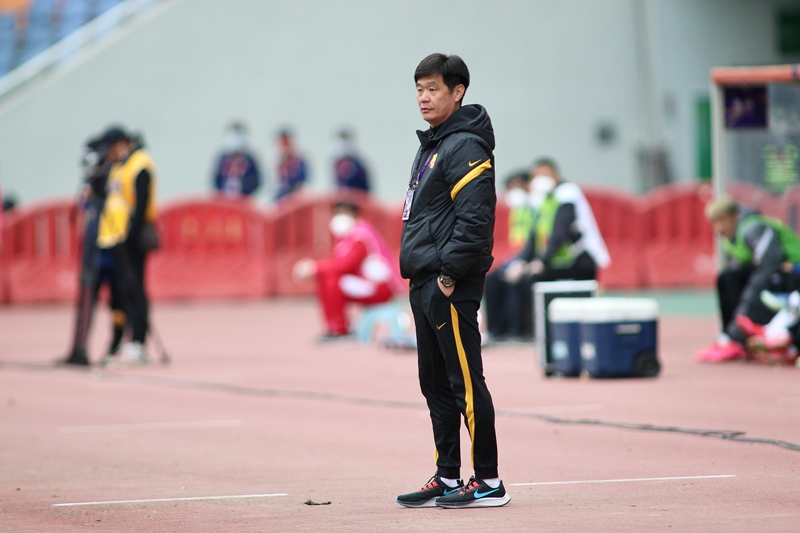 During the meeting of the National Football Preparation Team in Shanghai two weeks ago, Li Xiaopeng had already drawn up a relatively large list of candidate assistants in light of the needs of the team. After several weeks of lobbying and communication, the specific candidates have been finalized. As long as the “leadership working group” approves, the Chinese Football Association will announce the specific candidates.

The Beijing Youth Daily reporter learned that the candidates for the National Football Assistant Team are basically outstanding national representatives of the Chinese team in different periods, and they are currently playing an important role in the coaching or management of the Super League club. These candidates include formerly represented the national football team in the 2002 World Cup, the current executive committee of the Chinese Football Association Shao Jiayi, the 2002 World Cup national football main force, the current Super League Guangzhou City team leader and Chinese coaching team leader Zhao Junzhe, currently serving in the Guangzhou team and the Wuhan team. Executive coaches and coaches Zheng Zhi and Li Jinyu, former national football main goalkeeper Li Leilei who served as goalkeeper coach for the Wuhan team, former international football player who once played for the Dutch club Eindhoven, and Sun Xiang who currently works for the Shanghai Seaport Club of the Super League. 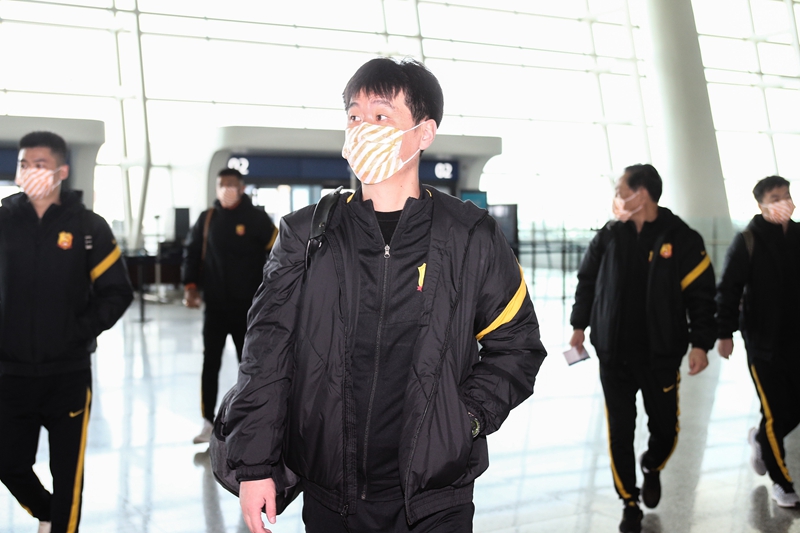 See also  pattern!Buddha hopes that Harland will join Barcelona to recreate the era of Melo's dominance

Judging from the specific candidate list, these candidates not only have relatively rich and excellent international experience, but also have participated in the system of coaching qualification certification training for all levels of coaches before and after retirement. More importantly, in recent years, whether as coaches or club managers, they have accumulated a wealth of experience in their respective positions and have made great progress in absorbing advanced football coaching, management concepts and dealing with others. In addition, in coaching or management positions, most of them have been enlightened by outstanding seniors or well-known foreign teachers in the same field. For example, although Zheng Zhi hasn’t hung up his boots yet, he has benefited a lot from studying with top international coaches such as Lippi and Scolari for many years. Sun Xiang, Zhao Junzhe and others have similar learning experiences. It should be said that having them build a team of national football assistants is tantamount to providing Li Xiaopeng with a large team of think tanks. It should be noted that due to various factors, some candidate coaches do not currently have the qualifications of professional coaches. Their specific roles and titles for entering the national team in the future are yet to be officially confirmed.

When the relevant parties confirmed that Li Xiaopeng would take over the national football team, they had actually confirmed the new cycle of the national football coaching team’s “combination of Chinese and Western” thinking. Affected by practical factors such as the epidemic, Li Xiaopeng’s favorite Spanish assistant Pep will not be able to join the team in the short term. In this case, after communicating with the “leadership group”, Li Xiaopeng decided to retain the original foreign coaches and team members of the national football team, including the Belgian technical director of the Chinese Football Association Kreis and his assistant Roy, and the physical coach Adrian. · Lamb. However, Lamb suddenly resigned to the Chinese Football Association recently. It is understood that the reason for his resignation was that his wife was sick. He has been away from home for a long time and needs to return to the UK to take care of his wife and children. In this case, the Chinese Football Association and Li Xiaopeng had to choose another person to “fill the gap.” It is against this background that the Brazilian physical coach Owen Wilk from the Shenhua Club was invited by the National Football Team. 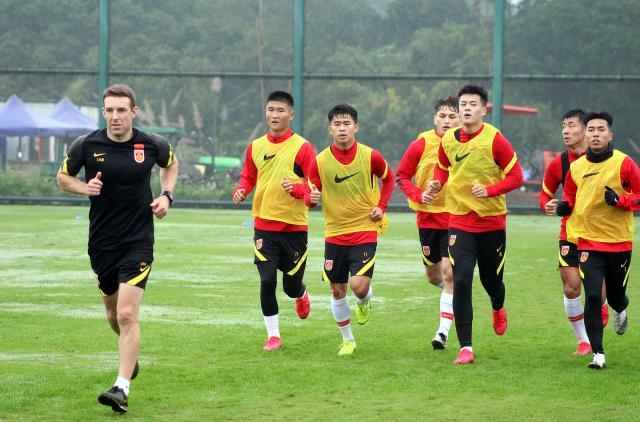 See also  Maserati, history of the Italian manufacturer from F1 to Formula E

Judging from the specific candidates of Li Xiaopeng’s team, this is a completely new combination. Although the candidates for local assistant coaches are all close teammates and partners of Li Xiaopeng’s previous player era or coaching period, the coaching platform of the national team is obviously different from club management or club team coaching positions. In other words, the coaching work of the national team has always been “a long way to go” and has attracted attention from all walks of life. For Li Xiaopeng and his team members, in addition to working hard, perhaps more needs are keen thinking ability and good psychological quality. The work of the national team requires them to be able to remain rational and clear in the complex environment of competition and public opinion, and to effectively manage their emotions. As for the work effect, it needs to be strictly considered through practice and time.

According to the plan, the national football team will be concentrated in Shanghai on January 10, and then is expected to travel to Japan on January 23 to participate in the game against the Japanese team on the 27th.

The performance of the national carbon market in 2021 exceeds expectations. In 2022, we will explore the promotion of carbon finance innovations such as forward transactions

Belgium, Lukaku on the bench against Morocco

Inter, the money needed for the budget from...

Ranieri: “Brazil is super even without Neymar. The...

Cristiano Ronaldo, the man of records points to...

Inter, Scalvini is the dream for the summer....

Passafiume, debut with a medal in the national...