Home Sports Teacher Tavares, and his mark in the Uruguay national team
Sports

Teacher Tavares, and his mark in the Uruguay national team

Since I have already written a column in October “The Legacy of Teacher TavaresNow when he officially leaves the Uruguay national team coach, if he writes again, the content may be more repetitive.

Here are two selected and translated articles by reporters from Uruguay’s important media “Nation”, which will help us understand how Uruguays view this legendary coach.

Tavares era: the vicissitudes of the Uruguay national team

Teacher Tavares, and his mark in the Uruguay national team

For some reason, we Uruguayans are not used to cherishing what we have. However, when we hear foreigners’ evaluation of our small country, our chests will bulge. Our football has had a glorious history and continues to deliver high-level players to elite clubs. Therefore, we are regarded as a model of world football, which is a source of pride. In the past fifteen years, we have added another outstanding fact: the Uruguay national team coached by Oscar Washington Tavares.

Someone might argue that with the quality and quantity of players Uruguay has, we should win more honors. It seems that this is such a simple and easy thing, but in fact, a head coach has been in charge of the national team for 15 years, which means that things have been done very well.

We even looked forward to reaching the finals in the last World Cup? This is true, but immeasurable factors must be taken into account. For example, Cavani’s injury prevented him from participating in the quarter-finals against France, which means an important loss of offensive power.

Uruguay’s peak performance was in the 2011 America’s Cup, and the team’s performance was even better than in South Africa. However, from a football perspective, the Uruguayan national team has never had an overwhelming advantage in world football. In the past 3 World Cups, they have qualified through the play-offs after finishing fifth in the qualifiers twice. This fact is proof.

In the 224 games in the Tavares era, Uruguay won 106 games, tied 58 games, and lost 60 games (56% scoring rate). It is clear that Uruguay is not a football machine. So what is the great contribution of Tavares? It was he who returned the serious attitude to the Uruguay team and successfully instilled the pride of being a member of the national team in the players.

See also  Among giraffes, buffaloes and wings of a crowd in celebration: "Our Safari Rally that we will not forget" 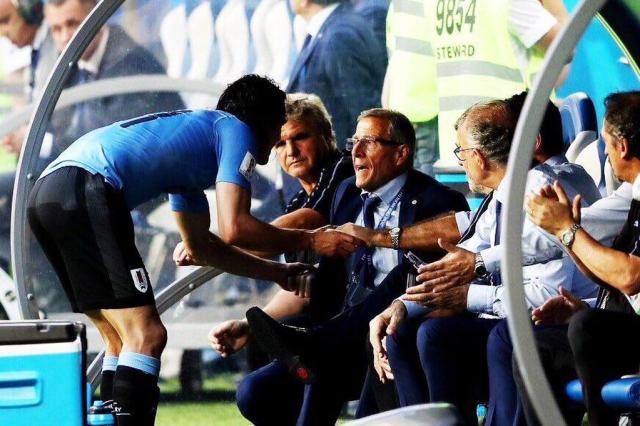 There is no doubt that football is a sport measured by results, but to achieve good results, there are many seemingly intangible values ​​that are extremely important. When Tavares took charge of the Uruguay team for the second time, he found that the national team’s training base was poorly equipped, and most importantly, the players’ attitude towards the Uruguay team became very indifferent. Players who play in Europe feel that traveling so many hours to defend a small national team that lacks influence is an unnecessary sacrifice. And now everyone can’t wait to wait until the national team game day, wanting to reunite with their teammates and fight for the azure Uruguayan jersey.

The indulgent, drunken, and fishing outings in the Uruguay team in the past-and most importantly-internal gang disputes disappeared. Those who did not adapt to the discipline of Tavares were excluded from the national team.

When Tavares took over Uruguay, he announced that he would adopt the 433 formation, but there was no way to apply it too much. Because the football world continues to evolve and bring forth the new, it requires Tavares himself to continue to adapt. But here you can see another important contribution of Tavares, which is to prepare the players before they enter the adult national team.

When the Uruguayan U15 national youth players are training for the first time in the national team training center, Tavares will welcome them there and give them a lecture to let them understand what privileges it is to have the right to fight for Uruguay. This is the beginning of everything. He tracks each of them and is familiar with all of them, which is why when they enter the adult national team, Tavares is very familiar with each of them, and the players respect him. An obvious example is Darwin Nunez. When he was first recruited for the adult national team, Tavares had had many father-son conversations with him.

In football, the coach’s technical and tactical arrangement is one aspect, but the real difference is always created by the players on the pitch, and their growth is more realized in the club youth team. But in the training base of the Uruguay national team, they are shaped into players who can chase the highest level of honors in the international arena, and important national teams in the world actually do this.

At Christmas, 158 euros each for gifts. Confcommercio:...

Cagliari, in Asseminello in view of the match...

Peng Shuai incident: Who is Simon, the president...

Pavia and the Academy in the fight for...

Rangnick: Will ensure that Manchester United’s DNA is...

Alto Canavese, great test A Chieri against the...