The China Motorboat Open opens in Wanning, Hainan, and many masters meet the challenge

The scene of the game.Photo courtesy of the organizer

China News Service, Beijing, December 18th. The reporter learned from the event organizing committee that the 2021 China Motorboat Open Hainan Wanning Station will start on the morning of the 18th in the Shenzhou Peninsula with more than 100 teams from 22 teams from all over the country. Athletes participate. The national team’s main player Chen Shan, World Cup champion Wu Ronghua, Asian Games player Wang Xiaowei and other podiums remain unshakable. At the same time, new stars such as Yue Dezhi and Liang Yuanfu have risen rapidly and have the ability to challenge the championship.

There are two major events in the Open: a seated motor boat and a stand-up motor boat. The equipment is divided into two levels: open level and restricted level. There are three groups: open group, women’s group, and novice group, with a total of 8 competitions. . In addition to the traditional field race, this competition also set up a rally around the island. The players will start from the Shenzhou Peninsula and circle the island of Chau Tsai. Long-distance and long-term racing in the wind and waves will stabilize the athletes’ physical fitness and equipment. Sex is a huge test, and it is precisely because of this that the island rally has become the most popular event.

After the opening ceremony on the 18th, a water parade was carried out, and the first round of the 7 events was completed that morning. Athletes participating in this competition include national team members, World Cup champions, World Championship players, Asian Games players and many other domestic first-line athletes.

Before the start of this event, most of the participating athletes arrived at the Wanning Shenzhou Peninsula competition waters for training with the national training team two weeks in advance. Due to the lack of opportunities for training and competition at sea before, some athletes have insufficient experience in dealing with waves, and sometimes fall into the water and overturn the boat. After high-intensity training, all athletes have greatly improved their ability to control waves. 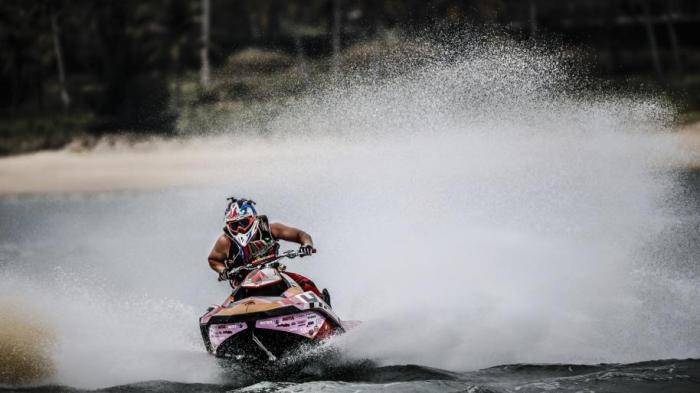 The scene of the game.Photo courtesy of the organizer

As the main player of the national team, Chen Shan has gone abroad to participate in the World Cup of Motorboats and World Motorboat Championships many times before the new crown epidemic. The water environment of Pattaya, Thailand, the permanent venue for the World Cup, is very similar to that of world-class venues. Most international competitions such as the World Cup and World Championships are held at sea. The holding of this event is not only a test for national athletes from static water training to sea competition, but also an effort for Chinese athletes to keep pace with the world level.

Li Ruilin, director of the Water Sports Management Center of the State General Administration of Sports and chairman of the Chinese Water Skiing, Diving and Motorboat Federation, attended the opening ceremony and announced the opening of the competition. (Finish)

from the gym to the player recovery area

Inter, Inzaghi wobbles: the future is decided in...

Juve-Bologna, Allegri: “One step at a time. And...

Inter Crisis: Dimarco, Asllani and Carboni the only...

The trophy in memory of Arianna Scarano Challenge...