Group photo of the National Table Tennis Women’s Team after the match.Photo by Anyuan

Chen Meng in the game.Photo by Anyuan

In the semifinals, the National Table Tennis Women’s Team sent Sun Yingsha, Chen Meng and Wang Manyu to face off. The Tokyo Olympic women’s team champions defeated their opponents 3-0 and won their seven-game winning streak since the start of the competition.

After the game, Guoping “Little Devil King” Sun Yingsha said that no matter who the opponent is tomorrow, he and his teammates will play their best, and every athlete on the field will have something to watch. 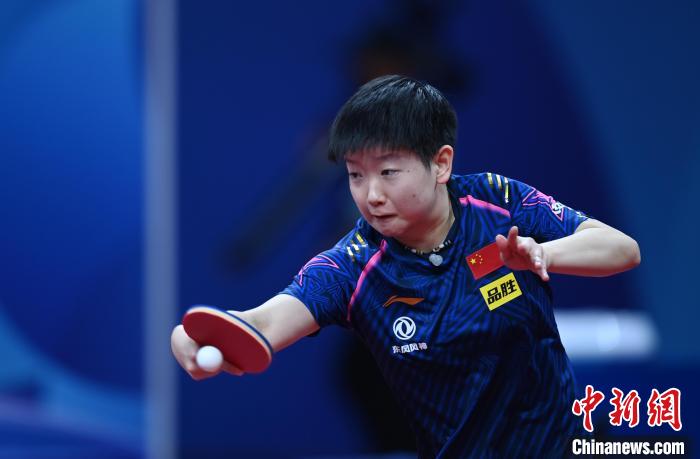 Sun Yingsha in the game.Photo by Anyuan

“I’m very much looking forward to the final, we have been waiting for this game.” Chen Meng said that after the Tokyo Olympics, she, Sun Yingsha and Wang Manyu became more tacit and trusted each other, but even so, they would not rely on each other when they played, but Do your best to be yourself.

See also  ATP Finals: May wins a 2-1 reversal against Hulkach to win the group stage start_Medvedev

The new WCBA season will start at the...

Between Valdobbiadene and Conegliano, the homeland of Prosecco...

Haaland, a trip to Maranello between lasagna, autographs...

Interview with Perisic: “Inter will always be my...

Cordoba: “Inter, four centre-backs are few. You have...