Home Sports There are only three remaining stadiums that allow spectators to enter the stadium. What about the Tokyo Olympics when foreign players are suspected of being positive after arriving in Japan? |Japan_Sina Finance_Sina.com
Sports

There are only three remaining stadiums that allow spectators to enter the stadium. What about the Tokyo Olympics when foreign players are suspected of being positive after arriving in Japan? |Japan_Sina Finance_Sina.com

Original title: There are only 3 venues that allow spectators to enter the stadium. What about the Tokyo Olympics after foreign players arrive in Japan suspected of being positive?Source: CCTV News Client

The Tokyo Olympic Organizing Committee announced on the 10th that the baseball and softball games held in Fukushima and the football games held in Sapporo will be forbidden to enter. In this way, the Olympic games allowed to watch are only two events, track bicycles and football. There are three remaining.

In addition, the Tokyo Olympic Organizing Committee stated that the Olympic football match at the Sapporo Dome Stadium will also be held behind closed doors.

The Tokyo Olympic Organizing Committee also confirmed that the football games held in Miyagi and Ibaraki prefectures, and the track cycling games held in Shizuoka Prefecture, will still allow spectators to enter the stadium. This means that there are only three venues that allow live spectators in the Tokyo Olympics. Among them, only students are allowed to enter the football games in Ibaraki Prefecture.

For races held on public roads, such as marathons and race walking races held in Sapporo, road bike races and mountain bike races held in Shizuoka Prefecture, the Tokyo Olympic Organizing Committee also asked the public not to go to watch.

The authorities of Hiratsuka City, Kanagawa Prefecture, Japan announced on the 9th that a Lithuanian swimmer who arrived in Japan to prepare for the Tokyo Olympics tested positive for the new crown virus and will undergo further testing. The athlete arrived in Japan with the Lithuanian Olympic swimming team on the 7th and was tested for the new crown virus at Tokyo’s Haneda Airport, and the result was negative. He was tested again on the morning of the 8th and then trained in the swimming pool. The test result on the morning of the 9th showed positive. However, the result of the third virus test on the afternoon of the 9th showed negative again. He was quarantined immediately and planned to be tested again on the 10th.

The Lithuanian swimming team took a special vehicle to and from the hotel and training venue. The Japanese side is confirming close contacts of the athlete.

On the 9th, the Tokyo Olympic torch arrived in Tokyo and began the last 14 days of the inner Tokyo relay. However, in order to prevent the spread of the new crown virus, the relay on public roads was cancelled, but the torch welcoming ceremony was held behind closed doors. On the 10th, the Olympic torch handover activities continued to be carried out behind closed doors.

The 10th is the second day of the Tokyo Olympic flame entering the Tokyo area. The lighting ceremony continued behind closed doors in Hachioji City on the 10th. Only torchbearers and related personnel attended the event.

Since the Olympic torch entered the Tokyo area on the 9th, all the torch relay activities on the highway have been cancelled except for the island areas, and only the ignition ceremony held behind closed doors is retained.

The admission policy of Olympic spectators is constantly adjusted

In view of the spread of the epidemic, the Tokyo Olympic Organizing Committee has been constantly adjusting its plan for spectator admission policies. In March of this year, overseas audiences were refused to go to Japan to watch the game. In June, it was announced that domestic spectators in Japan would be allowed to enter the venue, but the number of spectators would not exceed 10,000. On July 8th and 9th, the metropolitan area and Hokkaido respectively announced empty competitions. Today, Fukushima Prefecture also announced that they will be held in empty competitions.

See also  Special Sunday for Madiotto bomber. "With Corbanese it was a great couple"

At present, most of the Tokyo Olympic Games will only be held behind closed doors, except for the venues for a few events that are far away from the metropolitan area. The opening and closing ceremonies of the Olympic Games will not allow spectators to enter. What impact will the empty game have? Let’s take a look at the news observation sent back by the headquarter reporter.

Headquarters reporter Li Dajie:What impact will the empty Olympic Games have? The first thing I thought of was the brand new seats in the stadium. Ariake City Sports Park in Tokyo will mainly undertake skateboarding competitions during the Olympic Games. Compared with those permanent venues, such temporary venues will be completely dismantled after the Olympics, and these seats are useless and useless.

Regarding the Tokyo Olympic Games viewing plan, the organizer can be said to have been revised several times. As early as March of this year, overseas audiences were first excluded. As a result, the Tokyo Olympics was once considered to be the absolute and pure home stadium of Japanese players. However, with the recurrence of the domestic epidemic in Japan and the slow vaccination work, people are increasingly concerned about whether Japan is capable of hosting the games safely. For this reason, the Japanese government has proposed measures including limiting the number of people watching the game, holding a vaccination certificate or a negative test certificate, and other measures. In addition, it has also regulated the etiquette of watching the game. However, as the epidemic situation in Tokyo becomes tight again, it is finally finalized that the games in Tokyo and the surrounding three counties will be held in an empty field. The loss of the cheer of the home audience is undoubtedly a big test for the Japanese delegation that hopes to achieve good results in the Tokyo Olympics. 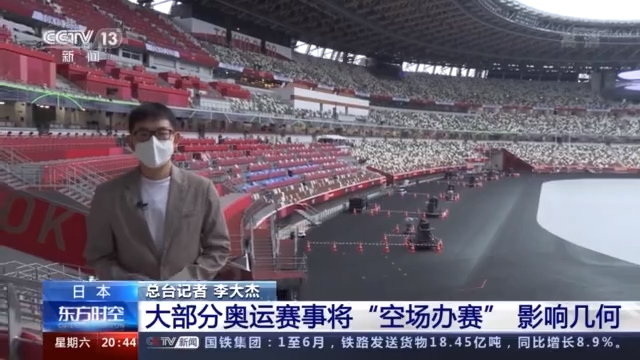 Headquarters reporter Li Dajie:Things in the arena are difficult to predict, but if there are no spectators at the opening ceremony of the Olympic Games, it will have a very significant impact. Since the opening ceremonies of the previous Olympic Games are highly confidential, we do not know whether the main creative team has prepared two versions with and without spectators. 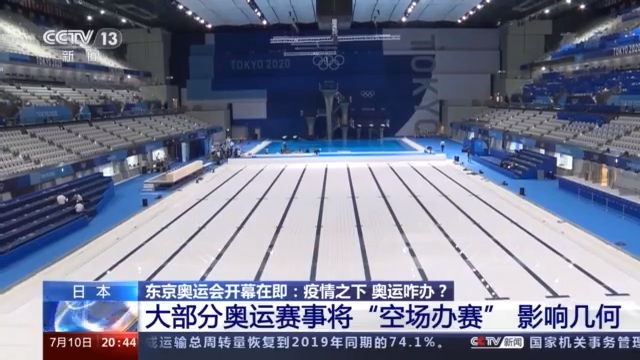 The most direct impact of empty games is the ticket revenue of the Tokyo Olympics. The Tokyo Olympic Organizing Committee announced on the 9th that it will refund the ticket purchases in order after the closing of the Olympic Games, and apologize for not being able to provide the opportunity to watch the games on-site. In addition, watching the games empty has a serious impact on the sales of Olympic peripheral products and the commercial promotion of sponsors.

Snow also in Milan and Turin for the...

Capital gains, in Serie A from exchanges of...

Champions Milan: all the combinations to go to...

Clastidium strengthens on the market Termine and Cucchetti...

Ivrea returns to the field and challenges the...