On the afternoon of the 8th, Wang Hao, governor of the province, chairman of the 19th Asian Games Organizing Committee and the 4th Asian Paralympic Committee, presided over the regular meeting of the provincial leading group for the 19th Asian Games and the 4th Asian Paralympic Games in Hangzhou. He emphasized that the postponement of the Hangzhou Asian Games and the determination of a new time were a major decision made by the Party Central Committee and the State Council. We must thoroughly implement the spirit of General Secretary Xi Jinping’s important instructions, further improve our political position, strengthen our responsibility, and implement the concept of “simplicity, safety, and excitement” and the requirements of “five essences” and “five highs” in every work link. , to ensure that the preparatory work is carried out with high standards and high efficiency.

Liu Jie, Xu Wenguang, Gao Xingfu, Cheng Yuechong, Wang Wenxu, Lu Shan, Wang Chengguo and others were present. At the meeting, Liu Xin, Yang Xubiao, Tang Feifan and the person in charge of the co-organizing city reported on the recent preparations and suggestions for the next stage of work. 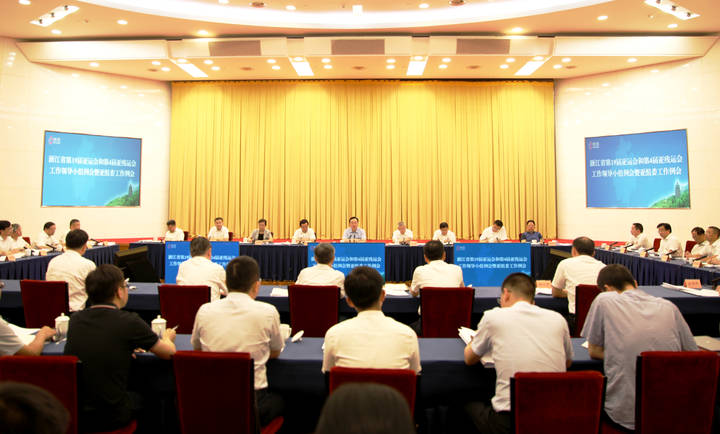 Wang Hao fully affirmed the achievements of various work since the postponement of the Asian Games. He pointed out that the postponement of the Asian Games to next year is particularly special and of great significance. Relevant provincial departments, Hangzhou City and the co-host cities must further tighten their thinking, speed up the pace, further increase their requirements, and further compact their responsibilities. They must seize the precious window period brought by the postponement, pressurize themselves, and raise the bar. With more adequate preparations, more complete facilities, more sophisticated solutions, and better services, we will effectively improve the quality and level of the competition, so that only classics and no regrets are left.

Wang Hao emphasized that it is necessary to anchor the goals and tasks, continue to pressurize and forge ahead, and do a solid job in the preparation of the Asian Games. First, it is necessary to strengthen communication and docking, focus on improving the overall plan and each special plan, refine and sort out various tasks one by one, and make targeted improvements to the opening and closing ceremonies, event operation, traffic guarantee, security and epidemic prevention and control. Second, we must attach equal importance to “soft” and “hard”, speed up the construction of Asian Games roads, subways, viaducts, bridges and other projects, and continue to strengthen the environment around the venues, around the Asian Games Village, and on both sides of the Asian Games roads. The city’s refined and intelligent governance will focus on improving the quality of the urban environment. The third is to highlight the meticulous craftsmanship, further design major events such as the opening and closing ceremonies, the torch relay, and the countdown to the first anniversary, and effectively display the Chinese characteristics, the charm of Zhejiang, and the style of Hangzhou, and strive to plan more highlights of the Asian Games. Fourth, we must focus on promotion by competition, strive to hold more high-quality international test competitions, find problems, solve problems, train teams in a timely manner, and strive to build a famous event city; further promote the development and application of “Asian Games Online”, and strive to improve the level of event organization. Fifth, we must strengthen publicity and promotion, based on the “Asian Games for All”, enhance the enthusiasm of the masses to participate in and serve the Asian Games, promote the opening of the Asian Games venues to the masses, and focus on enhancing the social influence of the Asian Games. 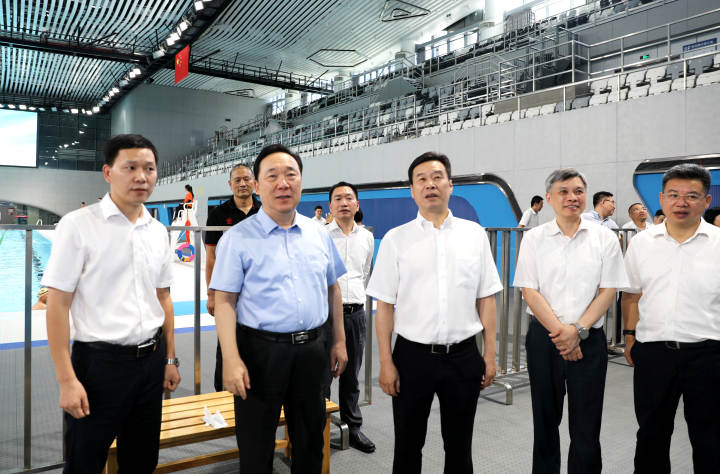 much more than a spice