Why did F1 champion Verstappen almost miss the weekend’s Spanish Grand Prix? – IT and Sports – cnBeta.COM 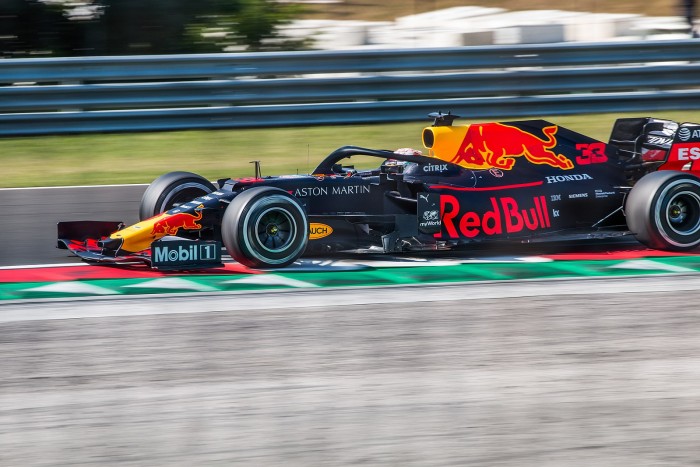 Perez and his Red Bulls passed Russell on lap 31 and Verstappen passed Perez on lap 49 to take the lead. In the end, the two Red Bull drivers took home first and second, while Mercedes-Benz secured some crucial points through Russell.

A report from Autosport states that Verstappen was the last driver in line before the FIA-mandated pit stop closes by 2:30pm local time. He left the Red Bull garage just seconds after coming on for Toro Rosso with driver Pierre Gasly. Red Bull initially said the delay was due to DRS issues on the car, which may have explained Verstappen’s lingering DRS issues early in the race. The DRS is a removable flap on the rear wing of an F1 car. Opening the fenders reduces aerodynamic drag, allowing the vehicle to accelerate faster and have a higher top speed.

Red Bull didn’t mention anything about Gasly’s Toro Rosso and why it also had to leave the garage later than most. Autosport added that this has to do with fuel temperature compliance, specifically the FIA ​​regulations on minimum fuel temperatures. According to Article 6 of the 2022 FIA Technical Regulations, the fuel in a car’s fuel tank should not exceed 10 degrees Celsius of the official ambient temperature during race days.

According to Article 6.4.2 on Refuelling: “Fuel intended for immediate use in a car shall not be more than ten degrees Celsius cooler than the ambient temperature. In assessing compliance, the ambient temperature will be determined by the FIA-appointed meteorological service provider one hour before any practice session. Or two hours before the race. This information will also be shown on the timing display.”

In addition, the rule adds — “The temperature of fuel intended for use in an automobile must be measured by an FIA-approved sealed sensor.”

Planet F1 says the FIA ​​suspects Red Bull is cooling the gas for its RB18 car in hot Barcelona, ​​meaning the team has to warm up the gas before the car leaves the garage. Anything colder is denser and better for performance and range, and cooler fuel gives drivers an unfair advantage over other vehicles that use hotter gas.

It is reported that Verstappen and his team-mate Perez had to leave the pit eight seconds before the pit lane was closed at 2:30 pm. Had Red Bull failed to comply with the FIA’s fuel temperature standards, the Spanish Grand Prix would have ended differently, as Verstappen and Perez would need to start the race in the pits if they couldn’t “heat up” their fuel. The same incident happened at this year’s Miami Grand Prix, when Aston Martin’s Vettel and Lance Stroll started the race in the pits.

Rival teams suspected Verstappen started the race with cooler fuel, but the FIA ​​said on-site monitoring showed the car’s fuel temperature was within specified limits after leaving the garage.

The most alternative ransomware ever! Do three good deeds as required to unlock | XFastest News

World Swimming Championships: bronze for Italy in the...

Mediterranean Games, Brunori bronze in karate: it is...