The World Table Tennis Major League (WTT) Singapore Grand Slam ended on the 20th, and the two singles finals were played between the Chinese team members. Chen Meng and Fan Zhendong both defeated their teammates after 7 rounds of fierce battles to win the championship. The Chinese team swept the tournament. Five project champions.

Olympic champion Chen Meng and World Table Tennis Championship champion Wang Manyu met in the women’s singles final, and the intensity of the competition lived up to expectations. In the first game, Chen Meng took the lead after scoring 2 points in a row after a 9:9 draw. The process of the second game was very similar to the first game. After the two fought all the way to 8 draws, Wang Manyu scored 3 points in a row to tie the game. Since then, Chen Meng has gradually gained the upper hand with rich changes in the ball path, winning two consecutive games with 11:9 and 11:8. Wang Manyu, who had no way to retreat, still made a firm shot. During the stalemate, the quality of his shots was higher, and the score was 3:3 with 11:6 and 11:9. In the decisive game, Chen Meng played more freely and once took a 9:4 lead. Although Wang Manyu chased 4 points in a row, Chen Meng still stabilized his position and secured the championship with 11:8.

“We both tried our best, and everything came out.” Chen Meng said after the game that he was very focused during the game and was not affected by some distractions. Wang Manyu showed a strong ability to chase points when he was behind. At the last moment, both of them were racking their brains to find a way. As the score approached, he would feel more and more pressure in the final game.

Chen Meng did not win a championship in the half year after the Olympic Games, which made her attach great importance to this Grand Slam. “I am more or less anxious psychologically. I re-examined myself during the preparation process for this game. From the pre-match to the result of the game, this period of effort has paid off.”

Wang Manyu said that both sides played their best level. Although the score was close, he was still relatively passive throughout the game and was always in a state of biting his opponent. In her opinion, Chen Meng has made a lot of technical and tactical changes in the recent period, and played very patiently in the game. 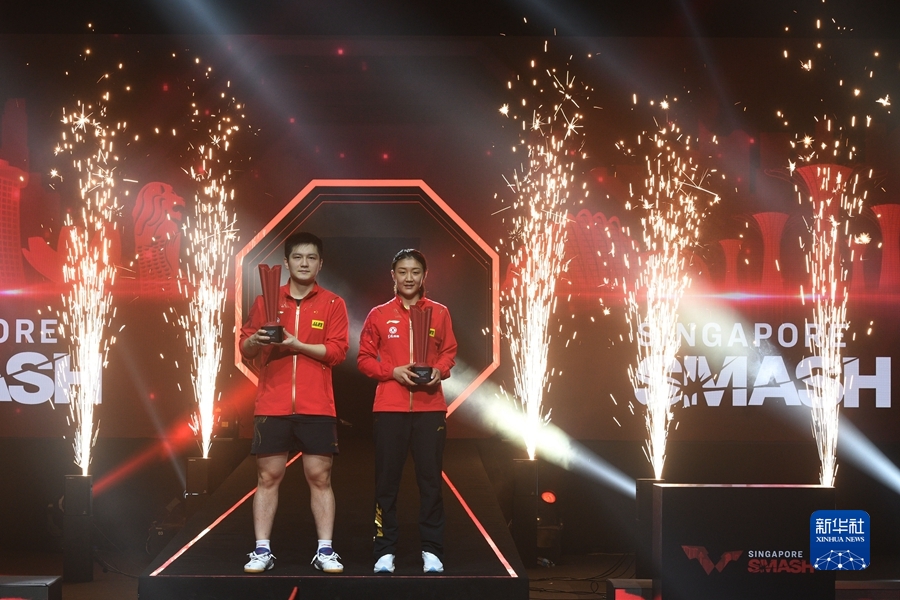 In the men’s singles final, World Table Tennis Championships champion Fan Zhendong and two-time Olympic gold medalist Ma Long staged a direct dialogue. In the opening stage, Fan Zhendong fully demonstrated his strong backhand offensive ability and won the first two rounds with 11:6 and 11:6. From the third inning, Malone got better and better. He strengthened the attack on the first three boards, won three consecutive innings with 11:6, 11:9, and 11:8, and led 6:1 in the first half of the sixth inning. In the face of adversity, Fan Zhendong didn’t mess himself up. He patiently looked for opportunities during the stalemate, kept chasing points, and scored 3 points in a row after the two sides drew 8 draws, dragging the game into a tiebreaker. The current world No. 1 with high morale took the initiative in the tiebreaker, won 11:7, and won the second personal championship of this station. Previously, his partner Wang Chuqin won the men’s doubles event.

In addition, Wang Chuqin/Sun Yingsha won the mixed doubles championship at this site, and the women’s doubles title belongs to Wang Manyu/Sun Yingsha.

Price ceiling (gas and other), Diocletian’s experience and the failed calmiere