In the latest version update of macOS Ventura 13.1 Beta, Apple has further enhanced the FindMy function to support finding AirTag. Previously, users could only find AirTags in the iPhone, iPad and Apple Watch versions of FindMy, and Apple has now introduced this feature for Mac devices.

IT Home learned that in the previous macOS version, users could only find devices such as iPhone and AirPods through the FindMy function, but this Beta update extends the trackable devices to AirTag and other FindMy-supported item tracking devices for the first time. 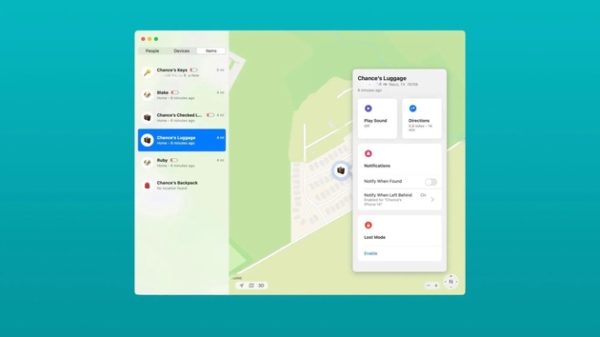 To find this new option, open the FindMy app on your Mac. Then click on the “Items” tab and click on the accessory you want to find. In addition to the normal options for locating items, a new “Play Sound” option has been added to the beta. Trackable accessories such as the AirTag will play a sound after clicking, and the overall operation is the same as on the iPhone, iPad and Apple Watch.