Home Technology Betelgeuse dimmed for no reason and then returned to normal, it may be disturbed by a passing wandering black hole | TechNews Technology New Report
Technology

Betelgeuse dimmed for no reason and then returned to normal, it may be disturbed by a passing wandering black hole | TechNews Technology New Report 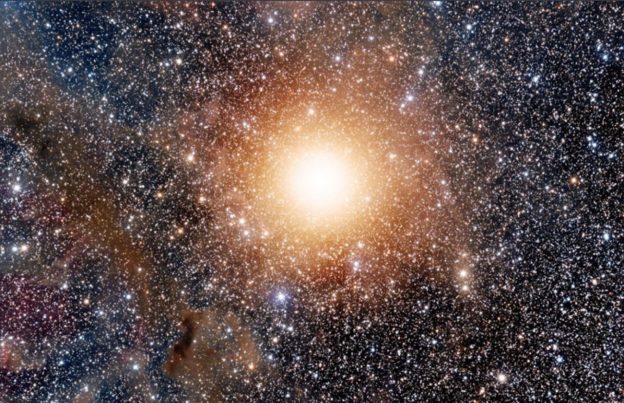 The red supergiant star “Betelgeuse” is one of the top 10 brightest objects in Earth’s night sky, but it was observed to be 60% darker in 2019. At that time, astronomers speculated that the giant star might be about to explode; however, soon after, Betelgeuse looked like Return to normal brightness like a prank. New research recently pointed out that Betelgeuse’s strange behavior may have nothing to do with itself, but is temporarily affected by a wandering black hole passing by.

Betelgeuse is one of the most identifiable objects in the night sky due to its extreme brightness, and the star is almost ready to die because its core stopped fusing hydrogen long ago and switched to helium. Pushing the outer atmosphere away forces the star to expand. If this red supergiant star were to be placed in the solar system, it would engulf all the rocky planets inside, extending all the way to the asteroid belt between Mars and Jupiter.

Therefore, when astronomers discovered at the end of 2019 that Betelgeuse began to dim for no reason, and the lowest brightness was even about 60% lower than usual, they speculated that it was about to explode. However, things turned around again. In February 2020, Betelgeuse stopped dimming and then brightened again. Now it has returned to normal intensity. Astronomers couldn’t figure out what tricks this star was playing for a while.

Some people think that it may be that the material on the surface of the red supergiant star sheds off and condenses into dust to block the light output. In fact, the star is not about to explode; another possibility is that the shape of the outer atmosphere of Betelgeuse changes, which leads to changes in brightness.

But a new study points out that maybe the dimming of the star has nothing to do with the daily life of the star, but a visitor (such as a small wandering black hole) just passing by the star, causing a more powerful stellar explosion to eject a large amount of material, temporarily blocking our view of Betelgeuse. observation line of sight; as the black hole leaves, Betelgeuse returns to normal radiation output.

While astronomers may never properly understand what happened to Betelgeuse in late 2019, as this happened only once in the limited record, perhaps further observations of other red supergiant stars will reveal the answer.

There are 9 rounds left in the league, and the three towns of Wuhan issued a “championship” declaration for the first time, “Win the first Chinese Super League championship trophy for Hubei”