Promotional “Commemorative Special Offer” is now underway
Marvelous Corporation announced that “No More Heroes 3” has been released on PlayStation®5/PlayStation®4/Xbox Series X|S/Xbox One today. ※The Steam® version is scheduled to be released on October 12, 2022 (Wed).

In addition, in line with today’s release, the PlayStation®5/PlayStation®4/Xbox Series X|S/Xbox One platform is holding a limited-time 10% OFF commemorative special offer for the general edition and digital deluxe edition.
Come and enjoy the thrilling story and hack and slash action that expands to a galactic scale!
※The Steam® version is sold by XSEED Games.
※Xbox Series X|S/Xbox One only download version.
※The Nintendo Switch™ version is currently on sale.
※Please check the actual sales price on the purchase page of each store or each platform store.

■10% OFF! The “Release Commemorative Special” event will be held for a limited time only!
PS Store and Microsoft Store are currently holding 10% OFF commemorative specials for the regular and digital deluxe editions.
This sale is a limited-time event, don’t miss out on this great opportunity to buy at a great price!

※Special offers on PS Store are only available for PlayStation Plus members.

■”No More Heroes 3″ product overview
Craziest ever! The stylish killer action game is here!
The 2021 Nintendo Switch™ killer action game “No More Heroes 3” is out today on PlayStation®5/PlayStation®4/Xbox Series X|S/Xbox One!
The PlayStation®5/PlayStation®4/Xbox Series X|S/Xbox One/Steam® version not only adjusts the game screen to Full HD ultra-high resolution, but also upgrades to 60FPS/4K resolution for next-generation game consoles. Not only that, but this work also newly includes Japanese voices recorded by a lineup of 18 luxurious voice actors!
※The Steam® version is scheduled to be released on October 12, 2022 (Wed).
The protagonist of this work is the otaku killer “Travis Touchy”. He will hold his favorite weapon “beam knife” and stand up to the “galactic evil superhero army”! Expanding to more diverse enemies on a galaxy scale, a story with a more aggressive plot development, and an evolved beam knife action battle, please look forward to a brand new paradise in full bloom!

See also  There is a robot at Fiumicino airport: it's called Ottobot and it helps passengers 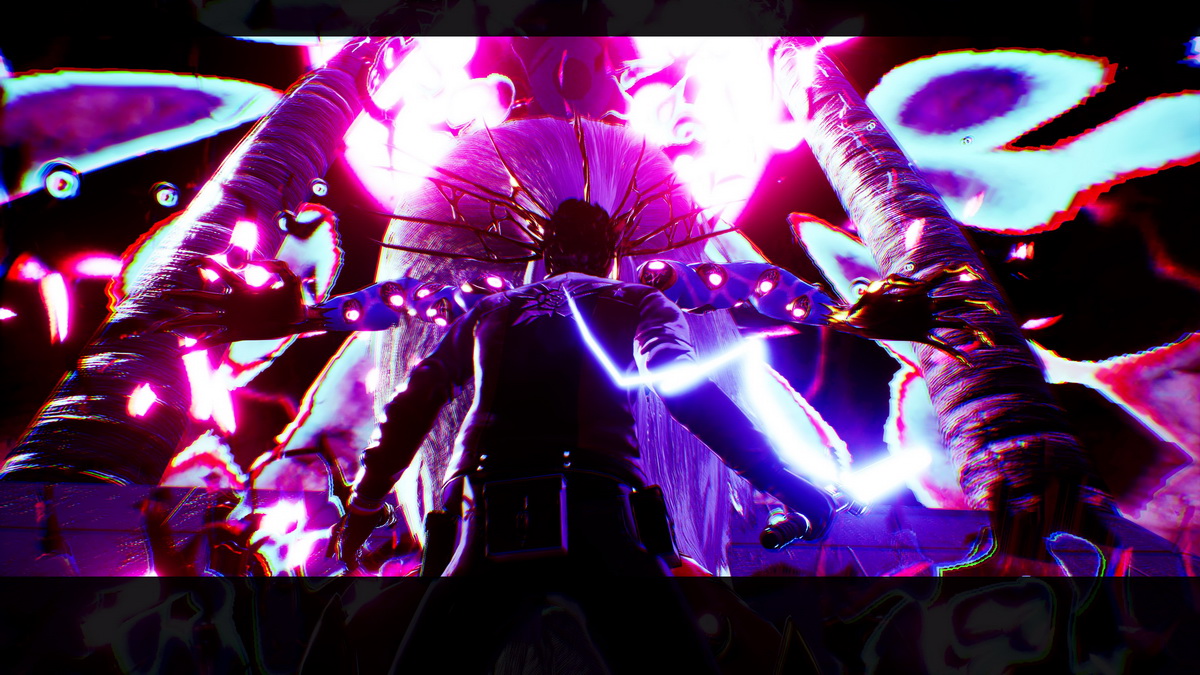 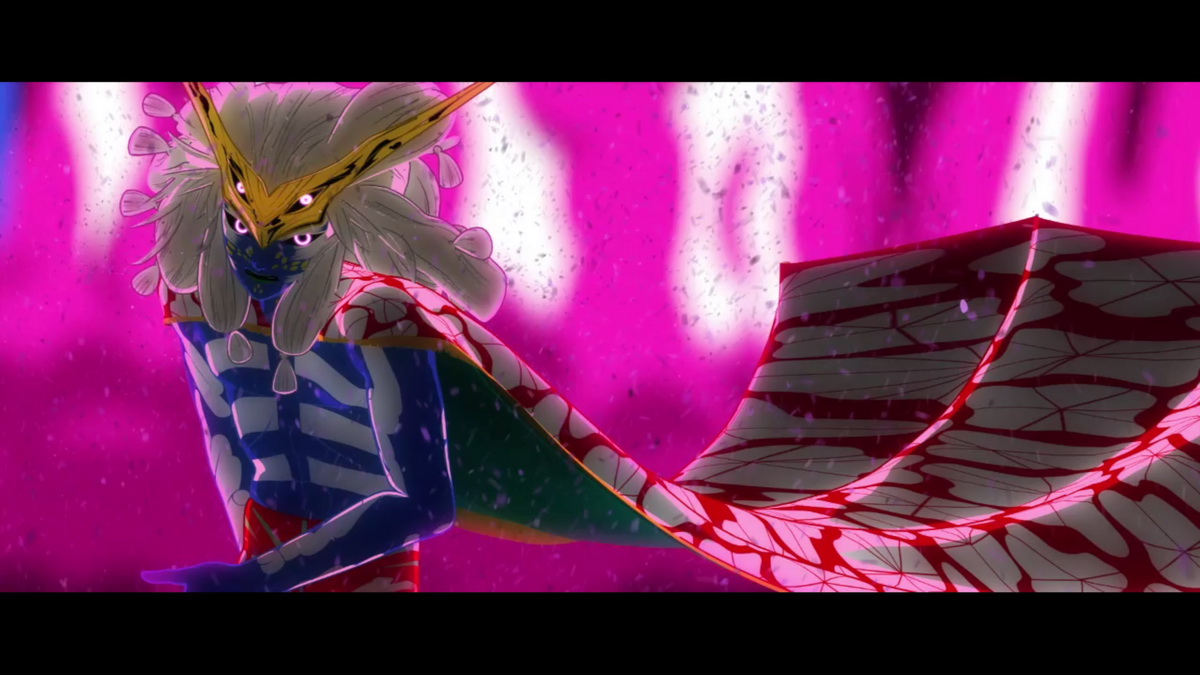 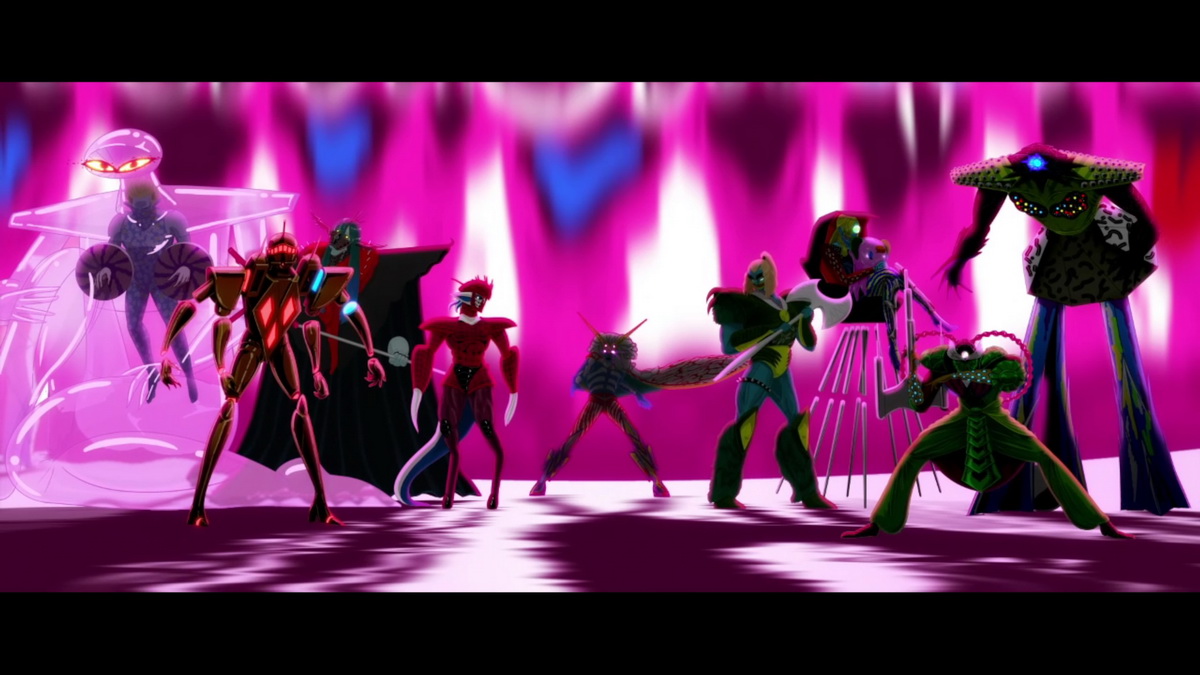 ◆Corresponding to Full HD resolution! It can even be adjusted to 60FP/4K resolution on next-generation game consoles!
In the PlayStation®5/PlayStation®4/Xbox Series X|S/Xbox One/Steam® version, the picture quality corresponding to the Full HD resolution has been greatly improved.
In addition, the next-generation game console PlayStaion®5 and Xbox Series X|S versions not only correspond to 60FPS/4K resolution, but also upgrade the background modeling and other parts to higher-level fine images!

◆Include the Japanese voice of the luxurious voice actor lineup
Led by Kaji Kaji, who dubbed the protagonist Travis, Kaji Yuki, Junya Enoki, etc., this work contains a total of 18 Japanese voices of well-known voice actors!
※The Nintendo Switch™ version is also expected to be included through the update

◆Characters with distinct personalities
In this work, there will be a variety of characters full of personality, including the otaku killer “Travis Touchy”. For example, Sylvia Crystal, the wife of the protagonist Travis but also the secretary of the enemy, the evil prince FU who suddenly declared to “conquer the earth” after visiting the earth for 20 years, and so on. From the protagonist’s partner to a BOSS-level enemy on the list, a variety of unique characters are gathered in the game!

◆Across one deathmatch after another, challenge the ranking battle!
The series’ traditional ranked battles have evolved to a cosmic scale. In this game, players will have a fierce battle with the top 9 people on the list, with the goal of defeating them to become No.1. Before taking on the leaderboard at the boss level, you must defeat vicious aliens or complete volunteer quests in order to pay for participation in the ranking battle. Every name on the rankings represents an evil superhero alien, and they’re all formidable characters. Crazy boss battles await Travis.

See also  Admir, Anna, Roya and the talents we don't know how to welcome

◆Refreshing hack and slash action game!
Use Travis Tucci’s favorite weapon “Beam Knife” to deal with enemies with combos, and use your wrestling skills to deliver fatal blows. !
Players can use skill actions through the death gauntlet equipped on the left hand, or transform into “Travis Armor” under certain conditions, with overwhelming power to start fierce battles that require the use of wisdom! 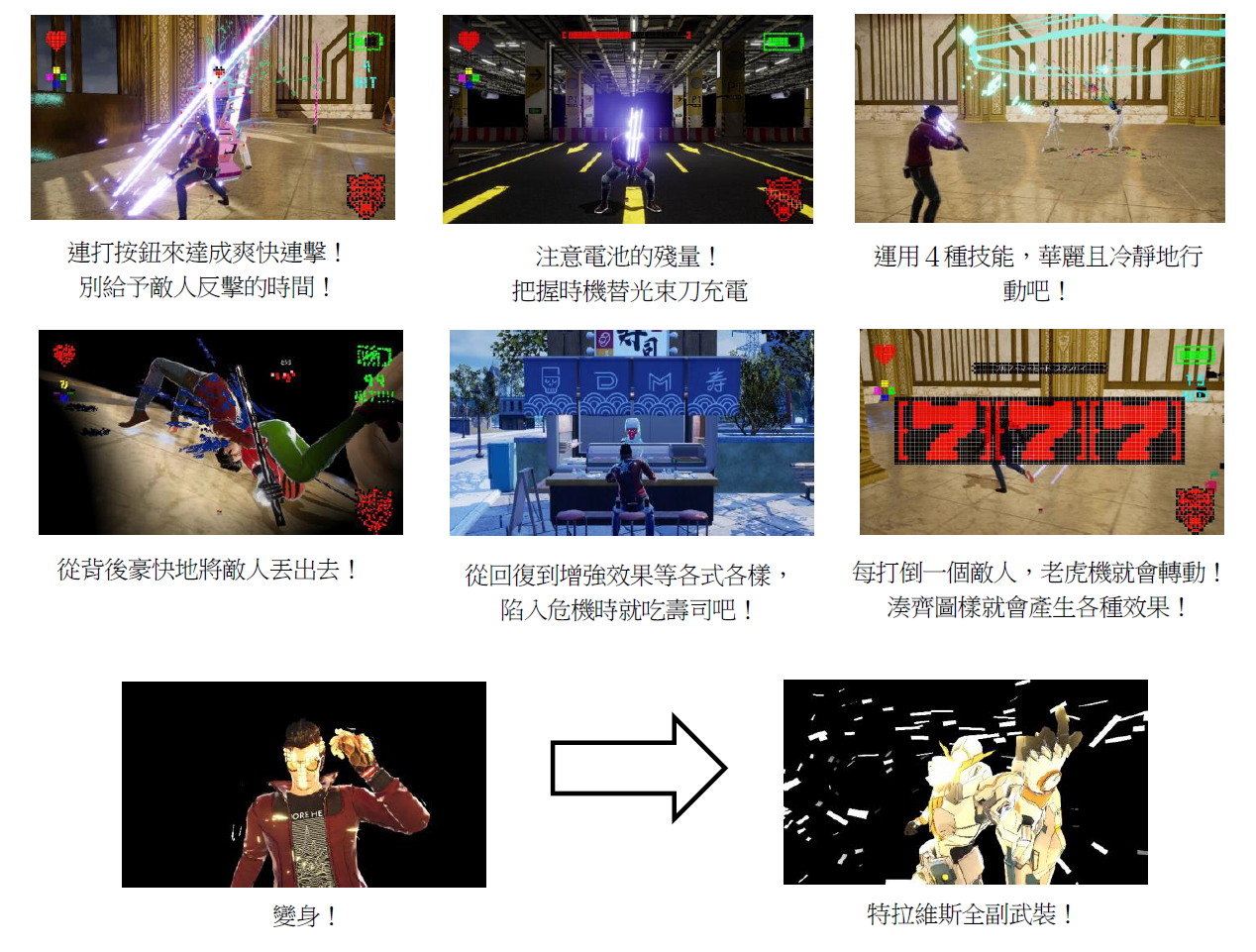 ◆Go to unknown areas and complete volunteer tasks to earn money!
In addition to the “Christmas Dead City” common to the series, this work also adds 4 rich and diverse locations. The protagonist Travis will drive his car “Demzamtiger” to adventure in various fields. In the vast free map, there are various combat missions or humorous volunteer missions scattered in various places. In order to challenge the ranking battle, you must earn money through these missions. To reach Damon Tower, where FU is located at the top of the superhero rankings of the galaxy, it is necessary to start countless death battles. 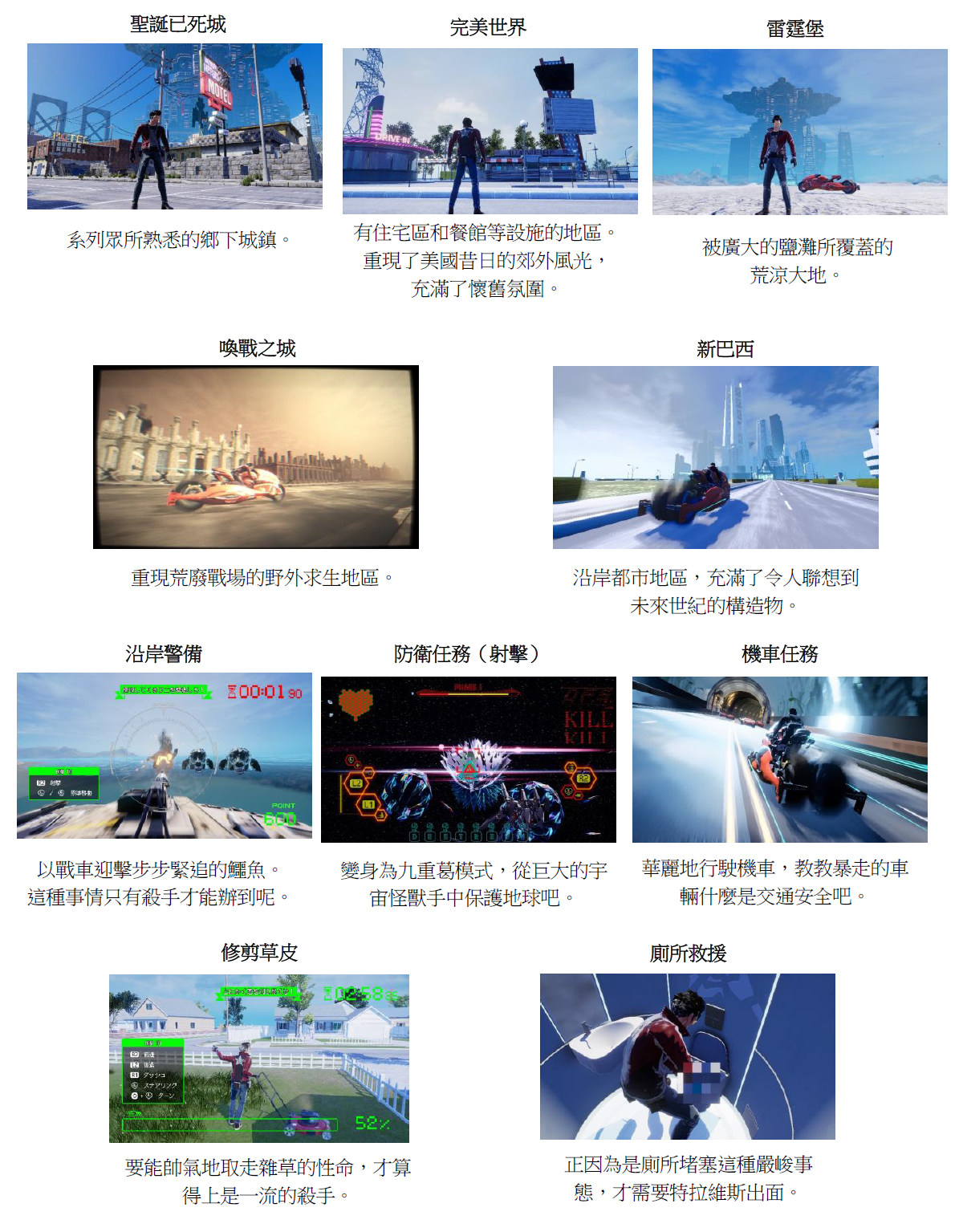 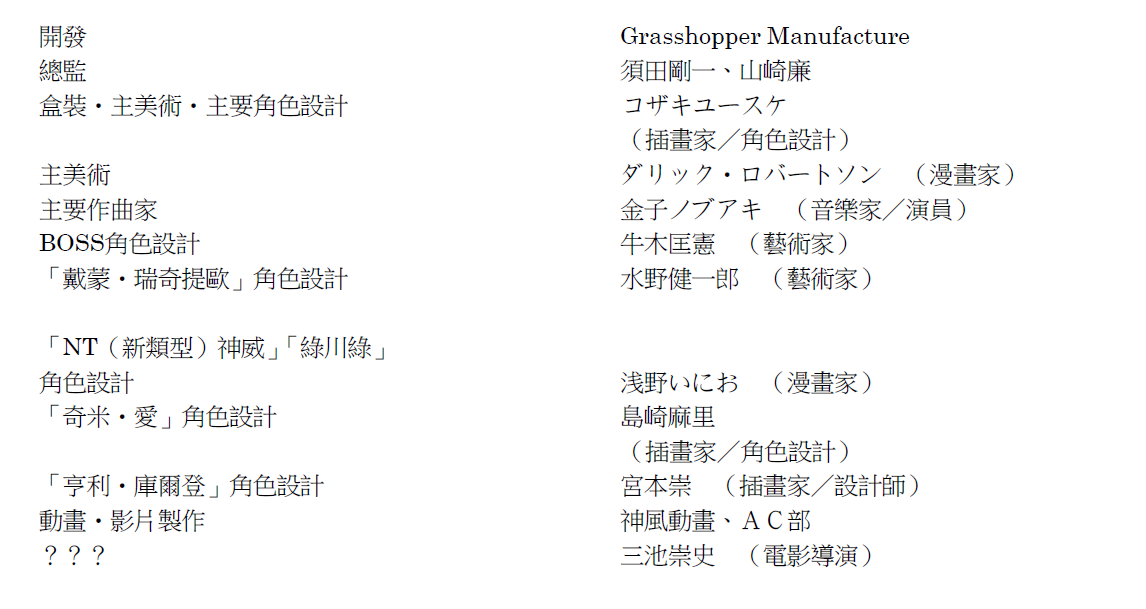 ◆”No More Heroes 3 Digital Deluxe Edition” with a luxurious bonus will also be released!
The Digital Deluxe Edition includes a digital art book and a digital soundtrack.The digital art book includes illustrations by Kokoyutsu, who is in charge of the main character design, as well as shallow
Illustrations by a luxurious lineup composed of guest creators such as Noi Kana and Mizuno Kenichiro; the digital soundtrack includes a total of 22 BGM songs including music by main composer Nanako Kaneko. 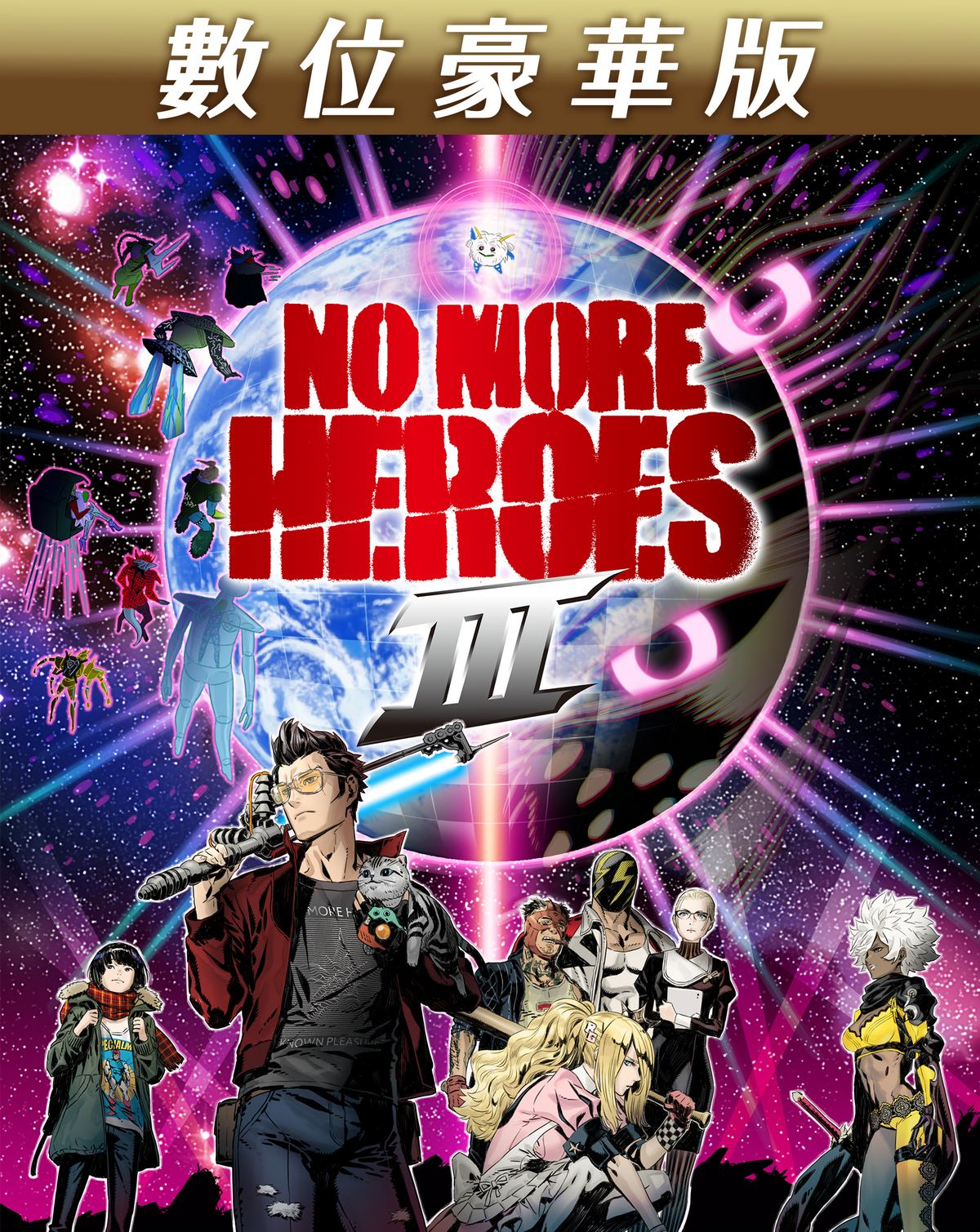 See also  The new frontier for making your cryptocurrencies profitable

・Digital soundtrack
Contains 22 carefully selected BGMs, including those created by the main composer Nanako Kaneko
music.
・Digital art book
Including illustrations by Kosuka, who is responsible for the design of the main characters, and guest creators such as Ika Asano and Kenichiro Mizuno.
Illustrated by the luxurious lineup of over 70 pages.

Then in 2021, the orthodox sequel to the series and the latest title “No More Heroes 3” will be released on Nintendo Switch™. In 2022, it will be released on PlayStation®5/PlayStation®4/Xbox Series X|S/Xbox One/Steam® platforms.
Stay tuned for this popular collection that has been loved for 15 years.
※Nintendo Switch is a trademark of Nintendo.
※”PlayStation” is a registered trademark or trademark of Sony Interactive Entertainment Co., Ltd.
※Xbox Sphere logo, Series X|S logo, Xbox One and Xbox Series X|S are trademarks of Microsoft Group.
※Steam and the Steam logo are trademarks or registered trademarks of Valve Corporation in the United States and other countries.
※The game screen is the PlayStation®5 version under development. The officially released product supports Traditional Chinese.

Record students, the stories of Nicola and Marco

Aloy sets sights on the Burning Shore in...

Diablo IV is set to launch on June...