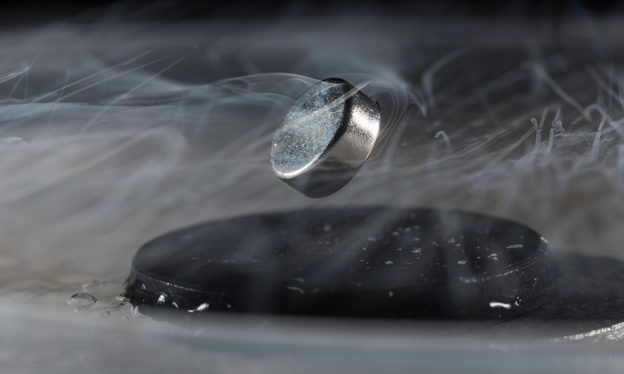 In 2020, the team of physicist Ranga Dias of the University of Rochester published a sensational research in the journal Nature: the discovery of room temperature superconducting materials with superconducting properties at 15°C. However, in the past two years, many scientists have doubts about the experimental results. Recently, the journal “Nature” announced that the paper was withdrawn due to inaccurate data, and some scientists pointed out that the team fabricated the data.

Superconductors can carry large currents without generating any heat energy, which is a coveted feature of many scientific and medical applications, and may also be the key to future energy-saving technologies. However, most superconductivity properties only appear in environments close to absolute zero. In recent years, physics Scientists have managed to create a material that can exhibit superconducting properties at close to 0°C. It is conceivable that a room temperature superconducting material that can completely zero resistance and completely diamagnetic at room temperature will completely change the world. .

In 2020, the University of Rochester team announced the first development of room temperature superconducting materials in a high-pressure environment, and found that carbonaceous sulfur hydride materials can perform superconductivity at a temperature of 15°C and a pressure of 39,000,000 psi (267 GPa) sex.

The research deserves a lot of attention, but as time goes on, more and more scientists find it impossible to replicate the results of Ranga Dias’ team’s experiments. James Hamlin, a condensed matter physicist at the University of Florida, pointed out that there are more and more questions about the experiments in the paper, and Jorge Hirsch, a theoretical physicist at the University of California, San Diego, who has long criticized the research, pointed out that the Ranga Dias team was engaged in scientific misconduct.

In the field of superconductivity, the mere reduction in electrical resistance is not enough. Standard procedures need to provide evidence of another key property of superconductors: when the temperature environment is below the superconducting transition temperature (Tc), the material becomes a superconductor, which can repel an external magnetic field. But measuring this effect in a diamond anvil cell is impractical, so scientists studying hydrides typically measure another related physical quantity called magnetic susceptibility.

However, the threshold for measuring material susceptibility from tiny wires, enormous pressure, and background magnetic signal interference from metal washers and other experimental components is equally as difficult as “trying to see a star when the sun is out,” and the Ranga Dias team’s The magnetic susceptibility data is what led to the retraction of the paper.

Brad Ramshaw, a quantum materials physicist at Cornell University, said that the process of the paper from raw data to final data is very opaque; some scientists have criticized more strongly, pointing out that it is impossible for Ranga Dias’ team to obtain the paper data in a noisy laboratory, which is largely beautiful Data is pathologically fabricated.

Some scientists have tried to replicate the same results at least 6 times, but all failed. Perhaps the journal Nature finally decided to withdraw the paper was the right decision, because the field of superconductivity research can finally get rid of the 2-year-long controversy, allowing others to study Time to invest in the right direction.

In defense of Rome’s Christmas tree

In defense of Rome’s Christmas tree

For a moment Musk was no longer the...

For a moment Musk was no longer the...

Data governance in the bank is strategic: here...

NASA: Astronauts will be able to live and...

The big run is about to be lifted!...