Google previously announced that it will launch the Pixel tablet in 2023, and the tablet will be equipped with the same Google Tensor processor as the phone. Industry insiders have brought some relevant information about the Google Pixel tablet. 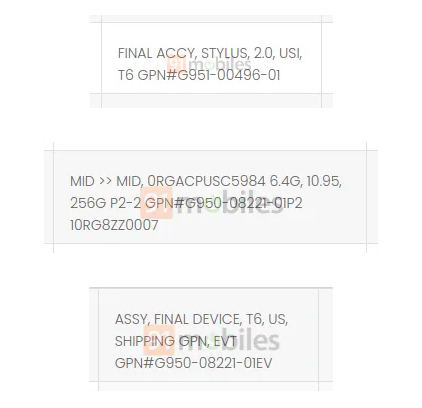 According to developer Kuba Wojciechowski, the Google Pixel tablet will provide two ROM specifications of 128GB and 256GB, will use a 10.95-inch large screen, and support Wi-Fi 6 wireless network. The media also spotted Google’s first USI 2.0 stylus designed for the Pixel tablet, which has already been certified. In fact, USI is an organization that maintains a standard specification for interoperable styluses, ensuring that styluses work on a variety of touchscreen devices, including smartphones, tablets, and PCs. Google has been a member of USI since 2018 and has added support for USI to Chrome OS. It is understood that the Google Pixel tablet will be the first device to only support 64bit Android 13. Not only that, it is equipped with 2 lenses on the back of the fuselage, both of which use 8-megapixel Sony IMX355 CMOS, but do not support 4K recording, slow motion and other functions.

However, the Google Pixel tablet will have several metal contacts on the back, allowing users to place the tablet on a dedicated base for greater convenience.

It is worth mentioning that the application of the tablet may be limited to home use, rather than in the middle of the journey, because the tablet does not have the two important components of a distance sensor and an air pressure sensor.

At present, the tablet will be released next year. If you are interested in the front of the screen, you can pay attention to our future reports.

Microsoft may add a VPN indicator to Windows...

“Marvel’s Spider-Man: Miles Morales” has landed on the...

The traditional Chinese version of “Island of the...