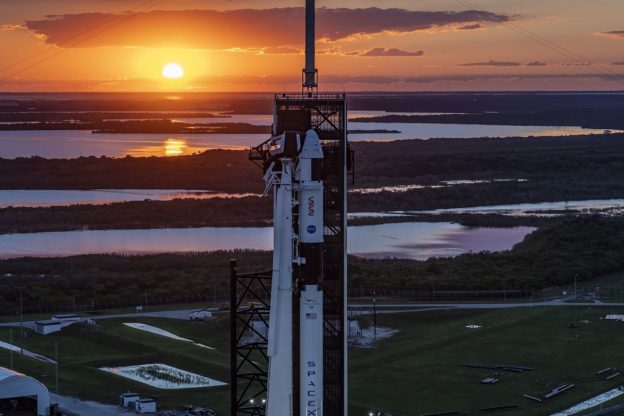 In December 2008, NASA began to establish a partnership with SpaceX, handing the company a $1.5 billion contract to develop the first version of the Dragon spacecraft and Falcon 9 rocket. At that time, this contract helped SpaceX escape bankruptcy to a certain extent. dissolve crisis. 14 years later, SpaceX has beaten Boeing to become NASA’s largest for-profit supplier today.

In 2002, entrepreneur Elon Musk’s pioneering “rocket recycling” idea gave birth to SpaceX, a company that, if successful, would reduce the price of a rocket launch to a tenth of the time. However, the avant-garde design concept has to go through countless levels, and rocket development is particularly expensive, so SpaceX was on the verge of bankruptcy a few years before its establishment.

In 2008, NASA began a partnership with SpaceX, providing a $1.5 billion contract to support SpaceX’s continued development of the Falcon 9 rocket and spacecraft, which Musk has said helped SpaceX escape the dissolution crisis. Thanks to the injection of resources, SpaceX finally successfully launched the Falcon 9 rocket in June 2010, and began to implement the International Space Station Commercial Supply Service (CRS) in October 2012. Except for the engine failure of the CRS-1 mission in 2012 and the catastrophic explosion of the rocket on the CRS-7 mission in 2015, the rest of the CRS missions have been successful.

. @spacex has edged out @BoeingSpace to become NASA’s top vendor after @Caltechwhich operates @NASAJPL. @NASA obligated more than $2B to SpaceX in fiscal ’22, which ended Sept. 30, compared to $1.7B for Boeing, $1.3B for @LMSpace. Caltech’s contract $2.7B. Times are a’changing pic.twitter.com/FEBx8XC0gb

Due to the poor performance of Boeing’s Starliner spacecraft, SpaceX has been responsible for helping launch NASA astronauts to the space station since the end of 2020, and this year NASA has purchased 8 additional Dragon spacecraft launches.

According to reports, SpaceX performs an average of 3 commercial resupply missions for NASA each year, with an annual income of about $700 million. In addition, it also launches various scientific payloads for NASA, such as the previously signed $2.9 billion lunar manned landing system (human landing system). , HLS) contract, plans to convert the starship into a spacecraft that can carry astronauts down to the lunar surface and back in lunar orbit.

As for Boeing’s biggest question right now, it’s not whether they can return to being the No. 1 for-profit supplier to NASA, but whether their decline is likely to continue in the next few years.

See also  Myopia is an epidemic: in 2050 80 percent of Italians will suffer from it
0 comment 0 FacebookTwitterEmail
previous post

she weighed more than the young patient

The Golden Age of Rally: the exhibition on historic racing cars opens in Turin

God of War: Ragnarok, how accessibility is built...