Home Technology The oldest “computer”, the new model reproduces the machinery used by the ancient Greeks to predict the motion of celestial bodies in the solar system | TechNews Technology News
Technology

The oldest “computer”, the new model reproduces the machinery used by the ancient Greeks to predict the motion of celestial bodies in the solar system | TechNews Technology News 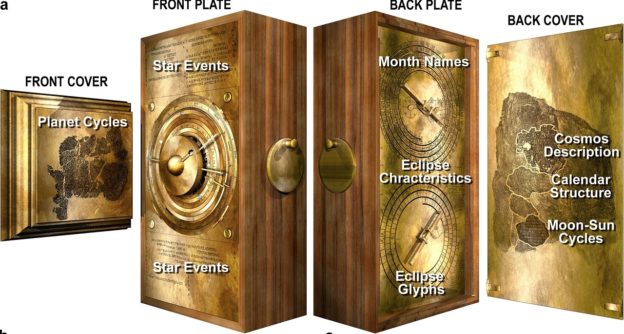 More than 100 years ago, crew members found the oldest known “computer” from a sunken ship near Greece: the Antikythera Mechanism, a manual mechanical device that describes the motion of celestial bodies in the solar system. Countless fragments. Recently, scientists built new models to match the patchwork Antikythera mechanism in an attempt to figure out how the device would function in its intact state.

The Antikythera Mechanism is one of the most mysterious and fascinating inventions of ancient Greece, discovered in 1901 in the shipwreck of Antikythera near the Greek island of Antikythera, initially as a single fragment that fell on Among the remains of a wooden box measuring approximately 34 x 18 x 9 cm. As archaeologists continued to piece together, the Antikythera Mechanism was finally restored from about 82 fragments, possibly only a third of the original device.

It still surrounds many mysteries, such as who built the device? What can it do?

Until now, scientists know that the Antikythera Mechanism is a manual rangefinder with a complex gear system that can predict the positions of solar system celestial bodies and solar eclipses decades in advance, such as simulating the unstable orbit of the moon, but it was popular at the time. The geocentric theory cannot explain the retrograde motion of planets now occasionally observed from Earth.

Over the past few decades, many scientists have tried to unravel the details of how the Antikythera mechanism works, such as when researchers used X-ray computed tomography to decode the back of the machine in 2005, but the exact design of the device has remained a mystery.

Now the Tony Freeth team has built a new model to try to reproduce all the known functions and structures of the Antikythera mechanism. If the new model is accurate, it means that scientists have finally sorted out the context. One of the coolest facts is that the Antikythera mechanism’s gear to track the moon’s motion correctly simulates it traveling at different speeds at different points in its orbit.

The ancient Greeks did not understand the complex orbital dynamics of celestial bodies, but found a way to accurately model the behavior of celestial bodies that they could not (correctly) explain, so long as the new model stood up to long-term scrutiny, it was possible to understand exactly how the Antikythera mechanism worked and how it works.

The new paper was published in the journal Nature.

Chronic back pain, often the first step to heal is to lose weight – breaking latest news

What does the gravitational lensing effect of quasar...