Home Technology There is no hope of debuting next year, and Google is rumored to cancel the next-generation Pixelbook plan and disband the team
Technology

There is no hope of debuting next year, and Google is rumored to cancel the next-generation Pixelbook plan and disband the team 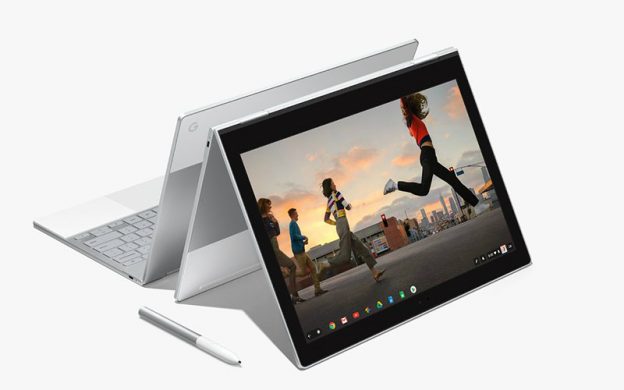 Foreign media The Verge quoted people familiar with the matter as saying that Google has canceled product plans for the next-generation Pixelbook, disbanded the team responsible for developing the Pixelbook, and transferred members to other projects within the company. The Pixelbook, which is still in development, was originally expected to debut next year, but has now been scrapped as part of an internal cost-cutting effort at Google.

Google has its hardware product strategy, especially for Pixel products, both to make a good product and to show other manufacturers how it can be done. So Google started investing in Pixel phones to show their take on Android, and even rumors of a foldable phone. In addition, Google not only acquired Fitbit, but also invested in the development of a new smart watch, the Pixel Watch, which will officially debut in less than a month, and it can be seen that Google is trying to convince developers, manufacturers and customers that they can do well. .

A few months ago, Google still had the idea of ​​launching a Pixelbook. Before the annual Google I/O 2022 developer conference, Rick Osterloh, senior vice president of Google devices and services leading the development of hardware products, revealed to The Verge that “it will be a Pixelbook in the future”. But he also acknowledged that the Chromebook market has changed and matured since the launch of the Pixelbook in 2017, and one can expect Chromebooks to continue for a long time.

In the early days of the COVID-19 outbreak, demand for Chromebooks exploded as students needed to homeschool. Market research firm IDC pointed out that ChromeOS devices outsold Apple Macs for the first time at the time, and Canalys said Chromebooks grew 275% in the first quarter of 2021 compared to the same period in 2020. However, as the epidemic has stabilized and related measures have been lifted, the overall PC market demand has slowed down, and ChromeOS device shipments have fallen faster than other products. Gartner predicts that Chromebook shipments may decline by a full 30% in 2022.

Google CEO Sundar Pichai has been talking about slowing hiring and scaling back some ongoing projects, which means consolidating overlapping investments and redeploying resources to higher priorities. On important plans, the Pixelbook itself and its development team may have fallen victim to this wave of adjustments.

Easier and closer to readers: here is the new Tribuna website