Home Technology Vintage, dirty and bloody analog: the future of gadgets is in their past
Technology

Vintage, dirty and bloody analog: the future of gadgets is in their past

If you go to the Internet Archive you can download 565 apps that turn your smartphone into a PalmPilot. Many of you reading this probably don’t know what a PalmPilot is. It is a device launched in the late nineties where you can mark appointments, write notes, perform calculations and play games. It had a gray touch display and was the size of a GameBoy. If you don’t even know what a GameBoy is, then you should continue reading because we’re talking about retrogaming, nostalgia and gadgets from the good old days.

With the second-hand boom, supply and demand for vintage electronic items is widening. We are near Stranger Things, from the eighties, that is, we are in that moment of transition that conceptually goes from the pocket calculator to the iPhone. With the arrival of the internet, a generation of products disappears but above all a way of conceiving and designing all that is entertainment and free time. The dynamics are to all intents and purposes those of a second-hand market with pre-app-era mobile phones, analog-era accessories and nineties consoles. Hardware and software integrity is sought, end-of-the-century experience is demanded with the attention deserved by what are industrial cultural assets to all intents and purposes.

The perspective is that of the connoisseur of the material who does not accept compromises, buying as if he were at an antiques market. Alongside there is also a new generation of increasingly popular products that connect the two worlds, that is, that seek to modernize and improve the experience and design of the past.

Retogaming is a good place to start. The passion for obsolete games has found expression in a dynamic and articulated market. There is, for example, the second-hand market but also that of objects that have the software but not the original hardware such as the consoles (not just minis) launched last year. We recall the Super Nintendo Entertainment System which has returned in mini format twenty-five years after its launch in Europe. There are also collections of ancient video games that run on modern consoles as in the case of Atari 50: the Anniversary Celebration for PCs and new generation gaming machines that collect and tell the story of the legendary Vcs 2600 with over 100 games. There are also cloud services for retrogamers, as in the case of Antstream Arcade (pc and smartphone) which offer more than a thousand games (Commodore 64, Zx Spectrum, Amiga, etc.) with a subscription formula. Purists will protest that it’s not like playing the original games and they’re right but it’s a good compromise. 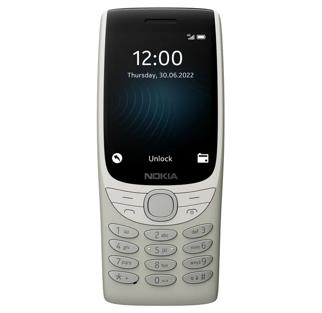 The singularity represented by digital has in fact opened the field to a new generation of creatures straddling two worlds. Like cameras with film but digital, bluetooth turntables that connect to speakers or mobile printers for smartphones. The Nokia 8210 4G is not exactly the same as the original from the late 90s, of course it has the Snake game in a classic nostalgia operation but also Android. The new Razr 2022 is instead a revisited device, which is inspired by the ancient and interprets convincingly the trend of foldable mobile phones. The external display is large (you do almost everything with it), when opened it becomes a normal smartphone with a 6.7-inch screen. Zippers and closure system have improved so much that the crease is no longer visible. We tried it for a few weeks. Reminiscent of Samsung’s Flip 4 and the best Blackberries.

The Chinese factory was bent, but it was...