Home Technology Why does Uranus “lying” orbiting the sun?New theory: pulled down by a distant satellite | TechNews Technology News
Technology

Why does Uranus “lying” orbiting the sun?New theory: pulled down by a distant satellite | TechNews Technology News 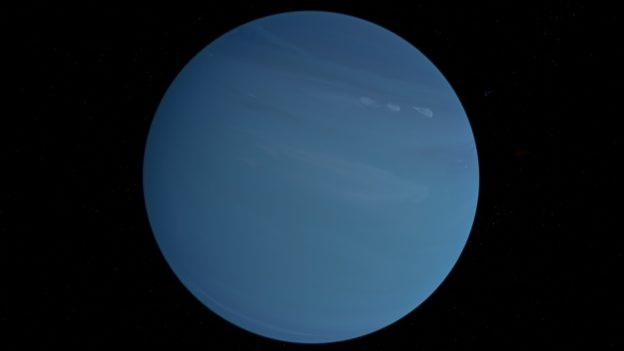 Although Uranus and Neptune are both ice giant planets in the solar system, they have many similarities, but the former still has unique quirks, such as the inclination of its rotation axis and the ecliptic plane is as high as 98 degrees, almost “lying” on the ecliptic plane and revolving around the sun. A new study finds a plausible explanation for Uranus’ strange behavior: A moon once left Uranus, causing Uranus to be pulled over as the celestial body moved away.

Astronomers have long suspected that Uranus experienced a series of giant impacts in the early days of its formation, but this argument also has loopholes, because the early solar system was full of turmoil, and even the earth may have been hit by a protoplanet to form the moon, but the earth was not affected by it. run down.

Neptune and Uranus are also ice giant planets, with similar atmospheres and magnetic fields, and similar size, mass and spin speed, but the orbital inclination of Neptune, the farthest from the sun, is also less than 30 degrees. What exactly makes Uranus so different?

New research points to a less violent cause: A moon that was once intimate with Uranus has drifted away.

A few years ago, the team of astronomer Melaine Saillenfest at CNRS discovered something interesting about Jupiter. As the number of Jupiter’s moons increases, the inclination of the gas giant’s orbit may change from its current position in billions of years due to moon migration. Saturn’s current orbital inclination of 26.7 degrees may be the result of the rapid outward migration of the largest moon, Titan.

The early solar system planets were very close to the sun when they were formed, and gradually migrated to the outer periphery over time. During the migration process, some planetary satellites were reshuffled. Uranus may have a satellite revolving around it very early. According to the team used The simulation results of a series of parameters found that if a moon with a mass about half the moon orbited Uranus and moved away from Uranus by more than 10 times the radius of Uranus at a speed of more than 6 cm per year, Uranus could be tilted by 90 degrees.

This single mechanism could tilt Uranus without causing a huge impact, although it’s unclear whether Uranus ever had a large enough moon, and more observations will be needed to prove this.

The new paper is published in the journal Astronomy & Astrophysics.

(Source of the first image: pixabay)

See also  "Diablo IV" late-game Beta closed test begins to be selected, players will be invited to the closed test before November 19 at the earliest (182739)
0 comment 0 FacebookTwitterEmail
previous post

We’re checking out The Callisto Protocol on GR...

From beer to mini-car racing this is how...

Apologizing for the performance of “Pokémon Zhu /...

Vintage, dirty and bloody analog: the future of...