Home Technology Windows 11 can’t shake the market share of Win 10, and Windows 7 is still rising against the market?
Technology

Windows 11 can’t shake the market share of Win 10, and Windows 7 is still rising against the market?

According to relevant media news on December 2, according to the November 2022 report released by the market research organization Statcounter, although Microsoft Windows 10 is still the most used system in Windows, its market share in Windows has dropped to 70%. the following. The data in the report shows that the current market share of Windows 10 in Windows systems is 69.77%, a decrease of 1.49% from the previous month. 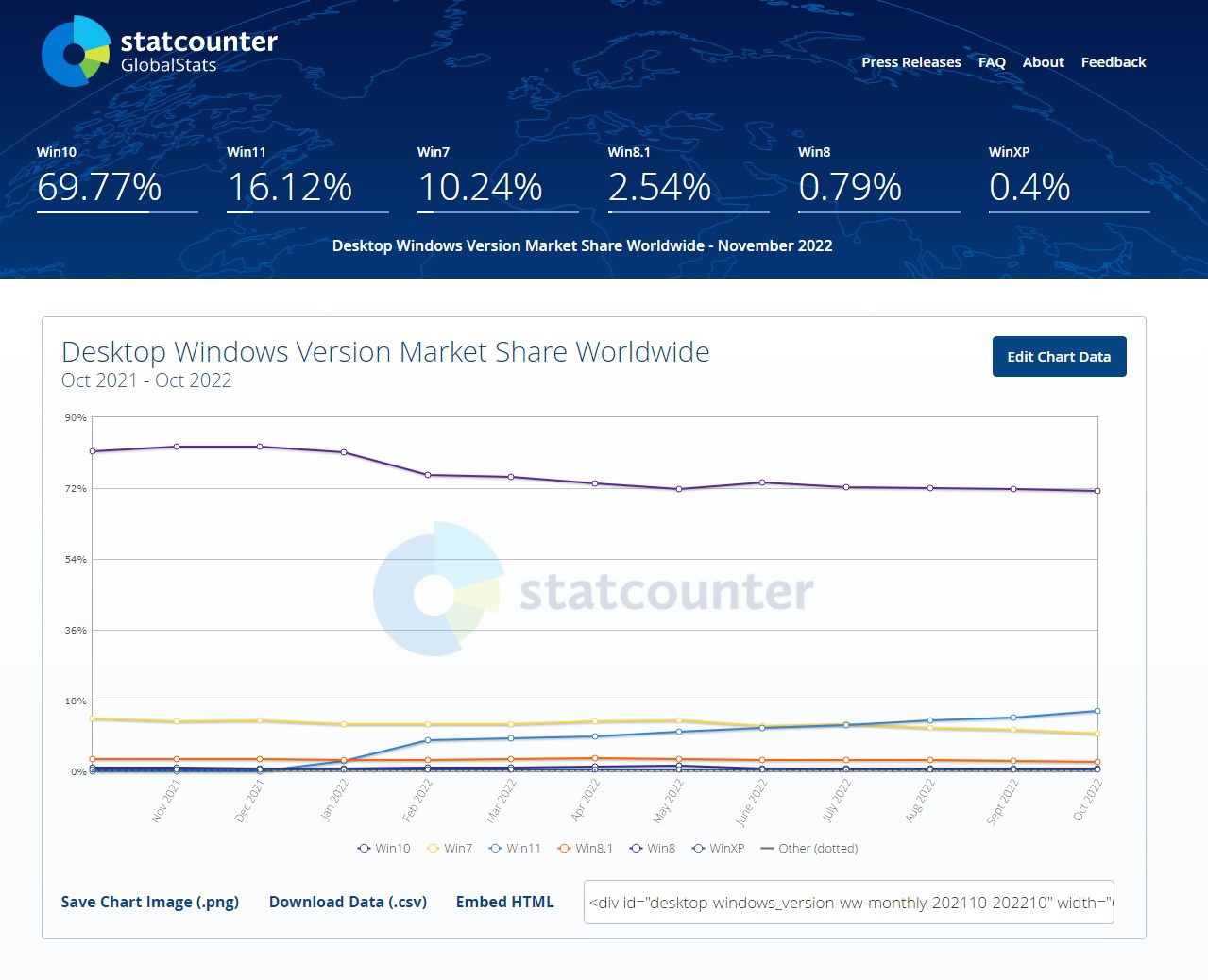 The two operating systems, Windows 8.1 and 8, accounted for smaller shares, 2.54% and 0.79% respectively (increased by 0.09% and 0.1%). Windows XP is still going strong, with the operating system, which has been out of support for eight years, still holding 0.4 percent of the market.

The protest of three sports clubs: “We die of cold in the gym and the electricity keeps going out” :: Report in Forlì

The bureaucracy slows down the flows decree: already trained workers are left without permission

Is your phone listening to you? Does the...

Phil Spencer said that Microsoft will continue to...