Xinhua News Agency, Los Angeles, October 3rd A serious crude oil spill occurred on the coast of Orange County in Southern California. As of noon on the 3rd, a pollution zone of nearly 35 square kilometers had been formed on the sea. The environment poses a serious threat.

According to the Orange County Government, the source of the leak was a crude oil transportation facility in waters under the jurisdiction of the US federal government, about 5 kilometers from the coast. The local government department received a report of a crude oil spill for the first time on the 2nd. As of noon on the 3rd, the problem has not been resolved. A pollution zone of nearly 35 square kilometers has been formed on the sea, and the amount of crude oil leakage has reached 126,000 gallons.

Affected by the accident, the approximately 8 kilometers long coast between Huntington Beach and Newport Beach in Orange County has been closed to the public. The flight show on the last day of the Fifth Pacific Airshow, originally scheduled to be held in Huntington Beach on the 3rd, was cancelled. Huntington Beach Mayor King Carr warned that the crude oil spill was “a potential ecological disaster.” 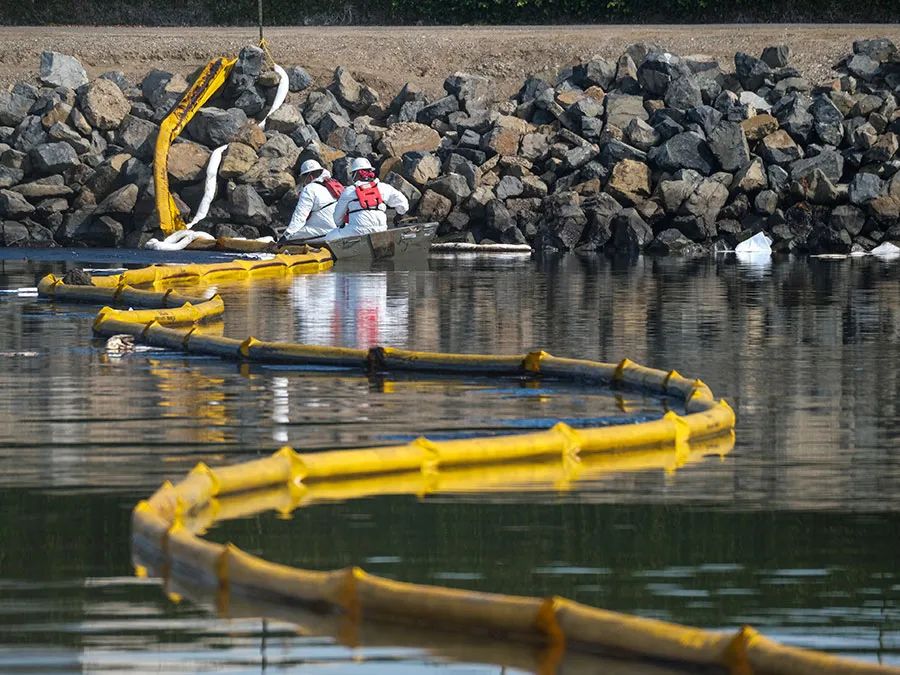 The Orange County government warned people to stay away from the contaminated area on the 3rd and said that wildlife treatment has already begun. According to reports, the dead birds and marine life corpses caused by the oil spill were washed to the shore on the morning of the 3rd, and the first batch of injured birds were sent to the local ecological and animal protection agency at noon on the same day.

The US Coast Guard said in a statement that a unified command composed of the Coast Guard and the California Fish and Wildlife Conservation Service has been established. The situation is under evaluation and professionals are working hard to clean up the contaminated area. 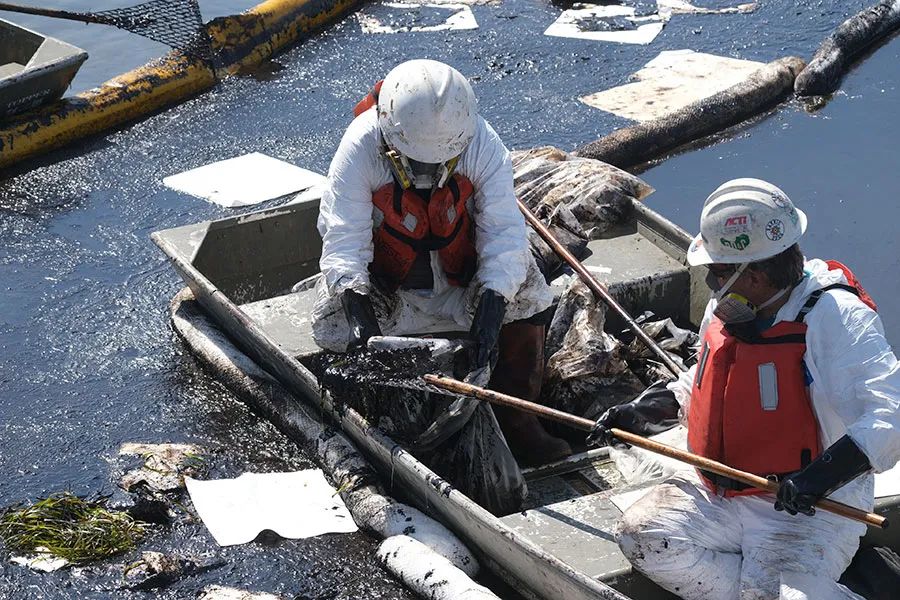 An oil tanker spill occurred on the southern coast of California in 1990. 417,000 gallons (about 1.578 million liters) of crude oil flowed into the sea, causing the deaths of a large number of fish and about 3,400 seabirds along the coast of Orange County. Since then, California strongly opposed the US federal government’s exploitation of oil and gas resources along the Pacific coast of the state.

California passed a bill in 1994 to prohibit the exploitation of oil and natural gas in coastal areas of the state. In 2017, the state once again legislated to oppose the federal government’s construction of new oil and gas projects in federally administered waters off the coast of California. In 2019, California banned the construction of supporting facilities for oil and gas facilities in federally administered waters on state land.

Market risk, the investment need to be cautious. This article does not constitute personal investment advice, nor does it take into account the specific investment objectives, financial situation or needs of individual users. Users should consider whether any opinions, opinions or conclusions in this article are in accordance with their specific conditions. Invest accordingly at your own risk.

See also  The terrorism alert at Kabul airport does not stop the crowd: thousands at the airport. London: "It's a matter of hours for the attack"
0 comment
0
FacebookTwitterEmail
previous post

Switzerland, the deer in love lowers the speed...

The Pentagon warns: ISIS-K may launch a terrorist...

Biden announces the framework of a $1.75 trillion...

United States, thanks to some hair identified the...

Center-right, the summit lunch between Lega and Forza...