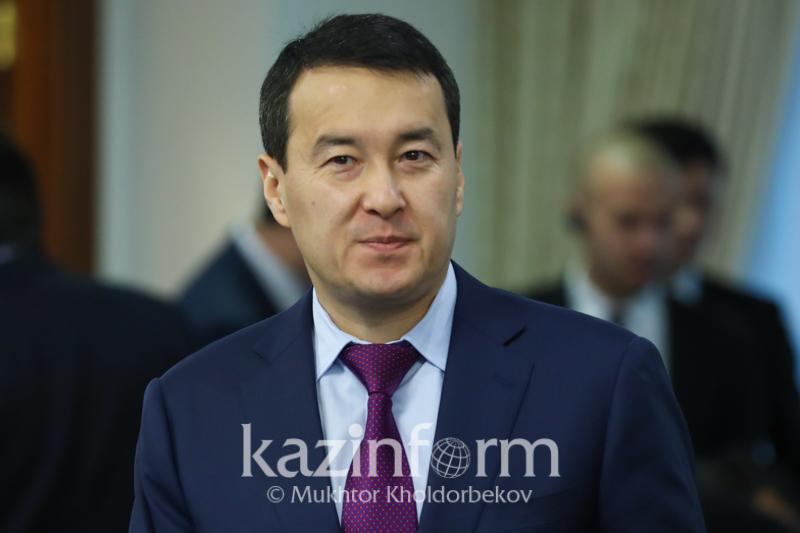 KHA/Nur-Sultan/January 11 — Ali Khan Smayilov was elected as the new Prime Minister of Kazakhstan.

Kazakh President Hasmu-Dolmart Tokayev attended the plenary meeting of Magilis (lower house of parliament) in the form of video on the 11th and nominated Alihan Smailov as the new prime minister of the government.

At the plenary meeting, MPs vote to elect the new Prime Minister.

According to the voting results, Ali Khan Smayilov’s nomination was unanimously approved and elected as the new Prime Minister of the government.

Ali Khan Smayilov was born in Almaty in 1972.

From 2003 to 2006, he served as Deputy Minister of Foreign Affairs of Kazakhstan and Chairman of the National Export Credit and Investment Insurance Insurance Company;

From 2006 to 2009, he served as Deputy Minister of Finance of Kazakhstan and President of the National Agricultural Holding Company (Kazagro);

From 2014 to 2015, he was the Chairman of the Statistics Committee of the Ministry of Economy of Kazakhstan;

From September 2018 to February 2019, he was the Minister of Finance of Kazakhstan;

From February 25, 2019 to 2021, served as First Deputy Prime Minister and Minister of Finance;

From January 18, 2021 until the latest appointment, he was the first deputy prime minister of the government of Kazakhstan.

The annual reports of Yunnan chemical companies such as Yuntianhua are eye-catching in the new energy track or bring new growth momentum.

Pedophilia, the CEI split on the investigation in...

Japan-France “2+2” meeting claims to have reached an...

Ghana, explosion on a truck carrying dynamite to...

Who Betrayed the Author of “Annie Diary”? The...

From the detection to the treatment of the...