On the evening of June 22, President Xi Jinping attended the opening ceremony of the BRICS Business Forum by video and delivered a keynote speech, answering the questions of the times, gaining insight into the historical trend, and anchoring the way forward. President Xi Jinping’s keynote speech aroused enthusiastic responses in the international community. In an interview with a reporter from Xinhua News Agency, people from many countries said that China‘s wisdom to solve the problems of the times has brought profound enlightenment to the world. 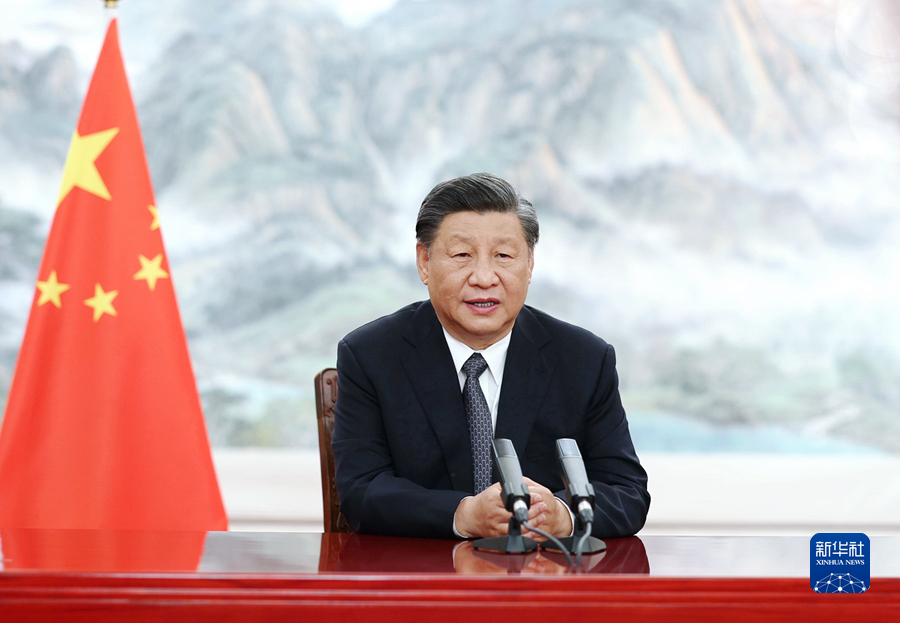 On the evening of June 22, President Xi Jinping attended the opening ceremony of the BRICS Business Forum by video and delivered a keynote speech entitled “Grasp the Trend of the Times and Create a Bright Future”.Photo by Xinhua News Agency reporter Ju Peng

Depicting a roadmap for mankind

“Although the international situation is changing, the historical trend of opening up and development will not change, nor will the desire to work together to meet challenges.” President Xi Jinping took a long view and pointed out profoundly: “We must not be afraid of floating clouds and cover our eyes. Accurately understand the laws of historical development, do not be confused by temporary events, not be afraid of risks, face challenges bravely, and move forward bravely towards the goal of building a community with a shared future for mankind.”

In the forum’s main venue in Fanghua Garden of Diaoyutai State Guesthouse, Algerian Ambassador to China Hassan Rabehi listened carefully to President Xi Jinping’s speech. In his view, President Xi Jinping’s keynote speech focused on the common well-being of mankind, displayed lofty ideals, and “drawn a roadmap for mankind to move forward”. Rabeshi said that in order to maintain world peace and stability and for the common interests of mankind, the international community needs to face challenges and work together in this way.

Stephen Perry, chairman of the 48 Group Club in the United Kingdom, believes that in the face of the current crisis, the world is calling for a new direction and guidance. President Xi Jinping reiterated his important proposition on the best way to maintain world peace, providing a principled guide for cracking the peace deficit. 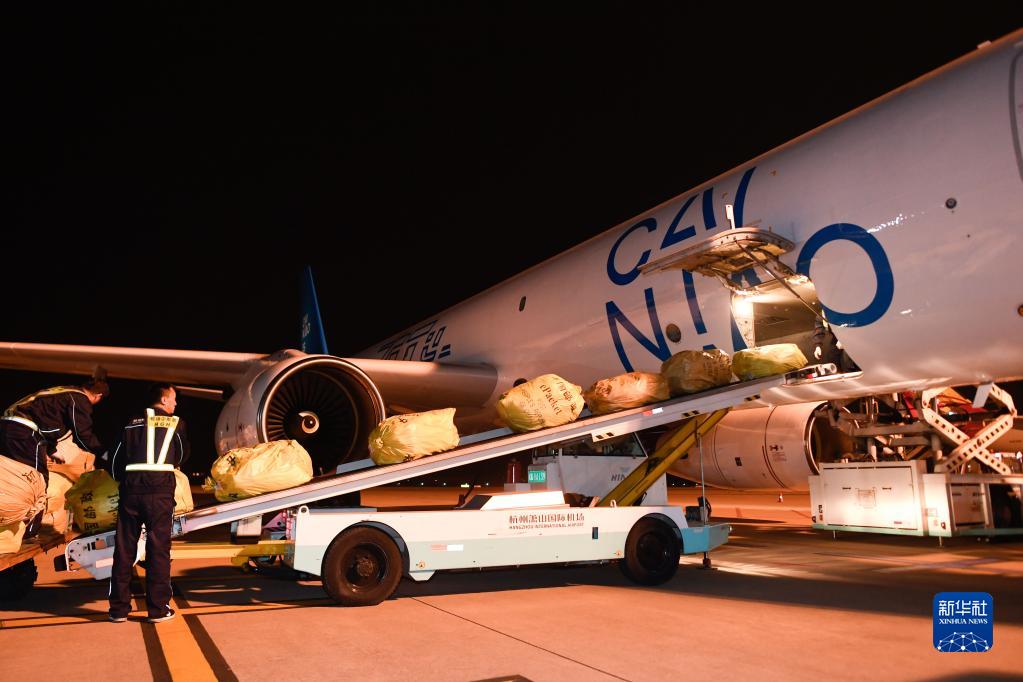 In the early morning of October 30, 2019, the first direct e-commerce cargo route “Cainiao” from Hangzhou, Zhejiang to Moscow, the capital of Russia, made its maiden flight from Xiaoshan International Airport.Photo by Xinhua News Agency reporter Huang Zongzhi

See also  Biden warns Putin: "If he attacks in Ukraine he will receive sanctions like he has never seen before"

The powerful words made the world feel the responsibility of a responsible power once again. “This shows China‘s position, and it also represents the position of more and more countries.” John Ross, former director of the London Economic and Business Policy Office, said with emotion. 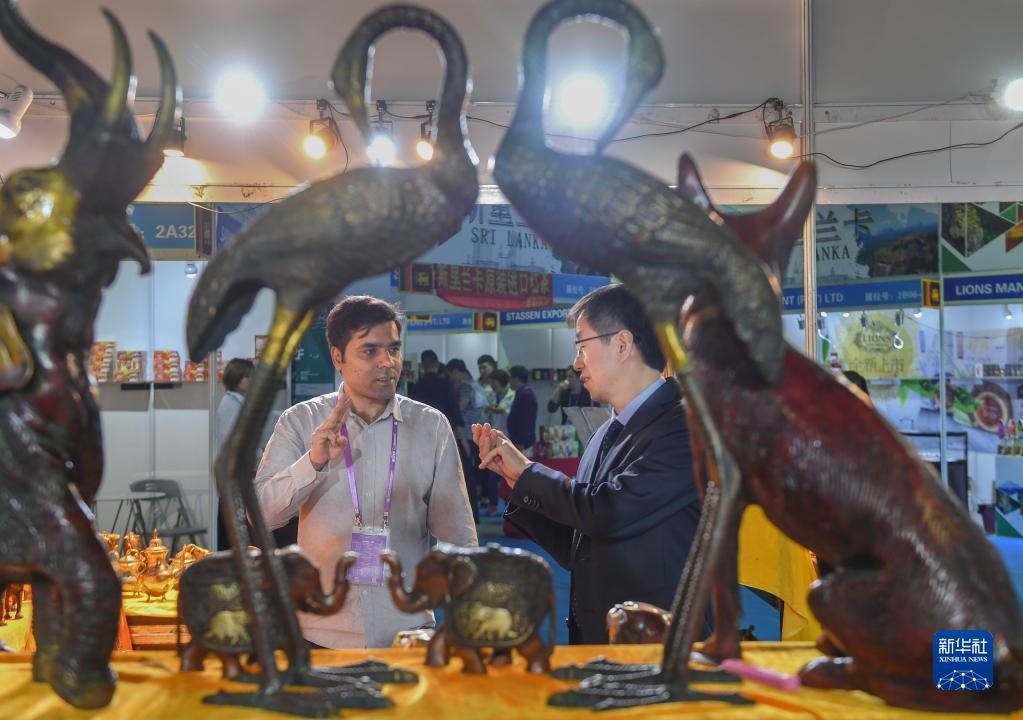 Peng Runnian, a senior researcher at Bard College in the United States, was deeply impressed by President Xi Jinping’s proposal to ensure “equal rights, equal rules, and equal opportunities” for all countries. In his view, the “Three Equals” clarifies how to achieve equality, democracy and fairness among countries. “This call represents the position of the developing countries, which account for the majority of the world, and what it calls for is a fair and multi-polar system. world order”.

At a critical juncture when the world needs to get out of the development predicament, President Xi Jinping focused on the common well-being of all mankind and called for “We must adhere to the heart of the people and the interests of the world, and promote global development into a new era for the benefit of the people of all countries.” Widely echoed by the international community. Taking this forum as an opportunity, the BRICS countries issued a “BRICS harmony” focusing on development.

Speaking of President Xi Jinping’s keynote speech, Sherik Korzumbayev, editor-in-chief of Kazakh Industrial News, said, “The global development initiative places development in a prominent position, with inclusive, innovative and sustainable thinking, With the attitude of adhering to openness and cooperation to achieve mutual benefit and win-win results, we will build a global development community.” 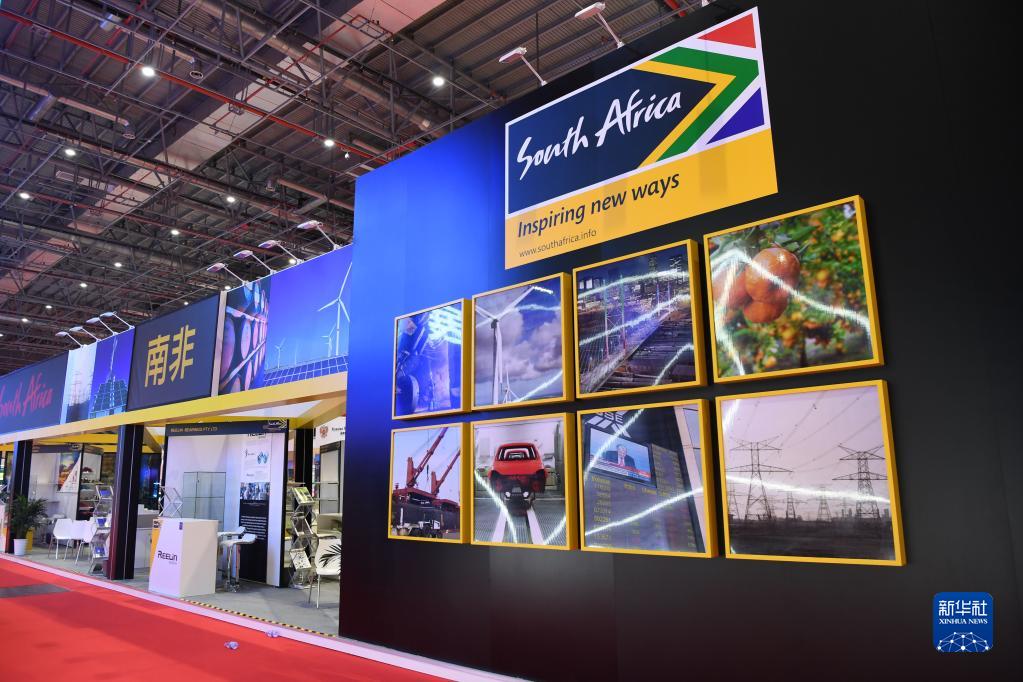 This is the South African pavilion at the China International Import Expo in Shanghai, China, on November 5, 2018.Photo by Xinhua News Agency reporter Shadati

China has always kept in mind its background as the largest developing country, and strives to draw concentric circles of common development. Cavens Adhill, a scholar of international studies in Kenya, noted that President Xi Jinping emphasized in his speech “to help developing countries accelerate digital economic development and green transformation”, which is of great significance to African countries. “The Garissa photovoltaic power station and other projects undertaken by Chinese companies have greatly promoted the development of local industry and commerce and created a large number of employment opportunities. On the road of low-carbon and sustainable development, China has always moved forward side by side with African countries, and Africa has achieved green transformation. The process is accelerating.”

See also  The children of the Holocaust now have a name

According to Kim Jin-ho, a professor at the Department of Political and Diplomacy at Dankook University in South Korea, the “people’s heart” and “the interests of the world” advocated by President Xi Jinping are the embodiment of China‘s people-centered governance philosophy. This is the correct development direction for all countries in the world, so that people of all countries can get real well-being.”

Point out the right path of inclusiveness, mutual benefit and win-win

“Economic globalization is an objective requirement for the development of productive forces and an irresistible historical trend.” “Reversing history and trying to block other people’s roads will only block your own road”… At a critical moment when the world economy is facing major risks and challenges, President Xi Jinping takes the pulse of the world economy at a crossroads. 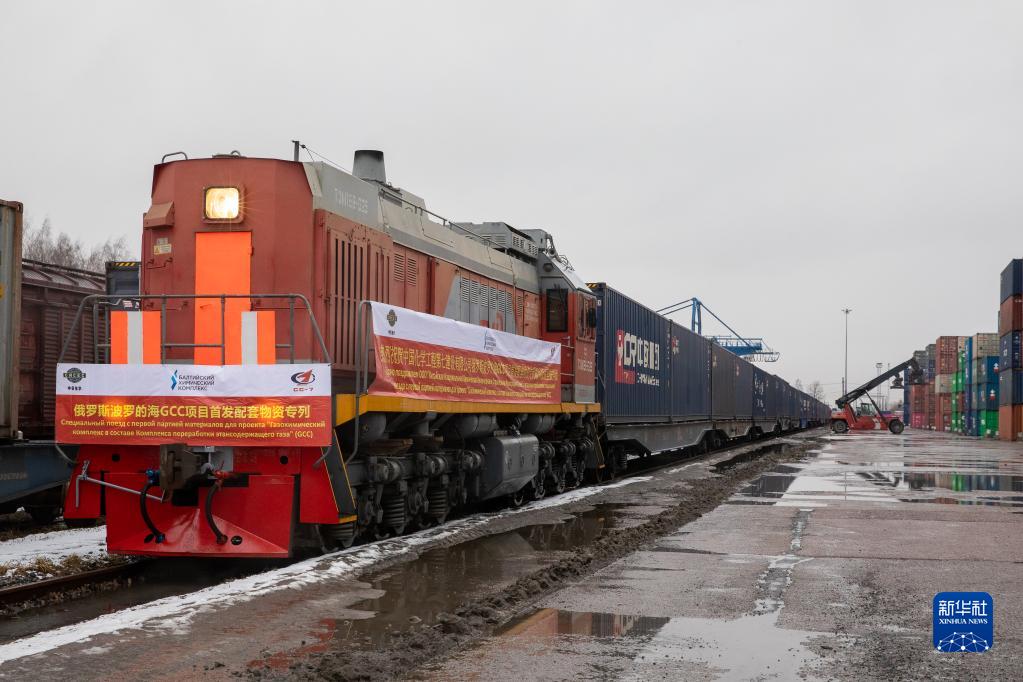 The wisdom of China, which can see the sun through the clouds, has resonated widely in the international community. Liang Guoyong, a senior economist at the United Nations Conference on Trade and Development, believes that President Xi Jinping’s scientific assertion vividly and profoundly explains that openness, inclusiveness, mutual benefit and mutual benefit are the basic characteristics of international economic and trade relations under the background of globalization, and that international economic and trade relations should be based on cooperation. , engaging in “decoupling” and “broken chain” will only harm others. 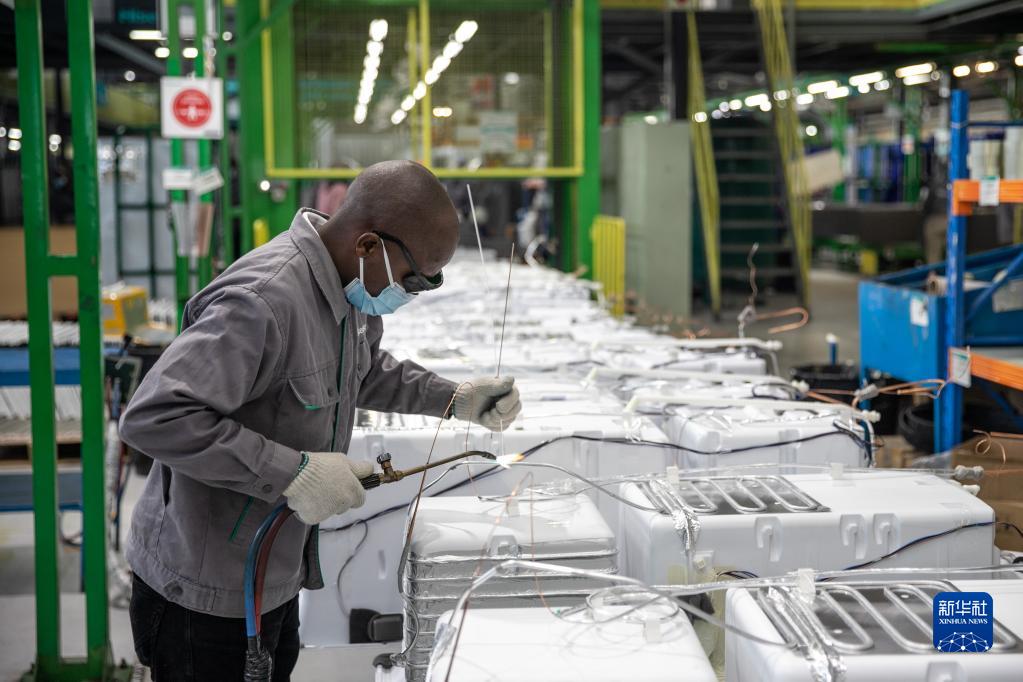 “At this critical moment, we can only overcome the economic crisis by sticking to solidarity and cooperation.” “We must adhere to openness and inclusiveness, remove all barriers that hinder the development of productive forces, guide and promote the healthy development of globalization, allow free flow of capital and technology, and allow innovation and wisdom. Fully emerging, bringing together the synergy of world economic growth”, President Xi Jinping’s words encouraged the world to raise the sails of mutual benefit and win-win results. 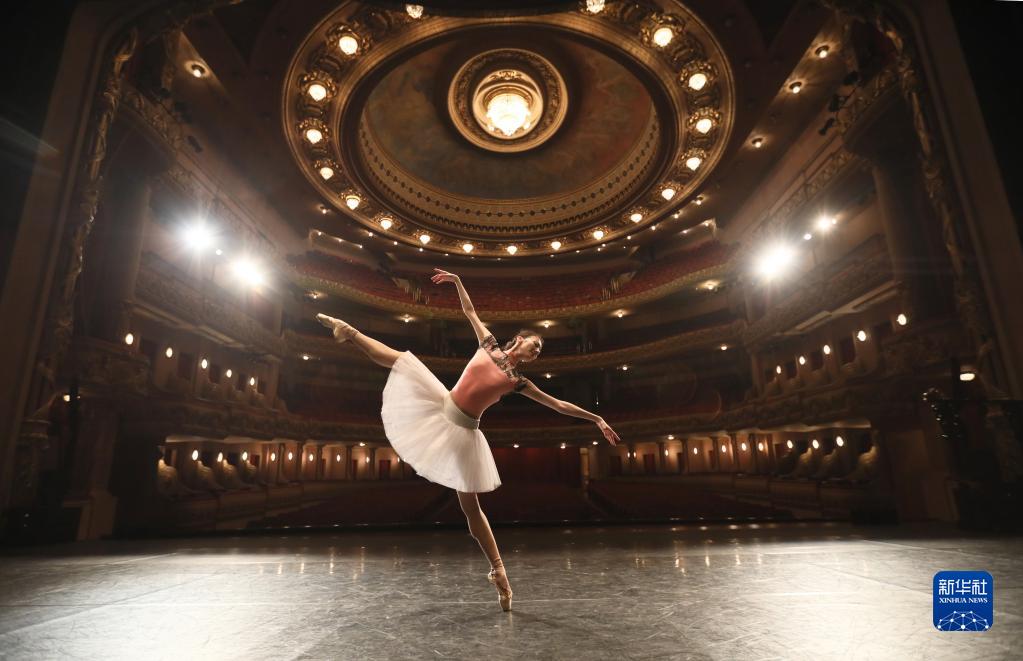 Lim Heng, vice president of the Cambodian Chamber of Commerce, said that the important proposition put forward by President Xi Jinping “points to the world the right path of inclusiveness, mutual benefit and win-win”, which reflects China‘s firm determination to promote the building of a community with a shared future for mankind.

President Xi Jinping pointed out that China will continue to improve the level of opening up, build a new system of higher-level open economy, and continue to create a market-oriented, rule-of-law, and international business environment. We warmly welcome everyone to invest in China, strengthen economic and trade cooperation, and share development opportunities. 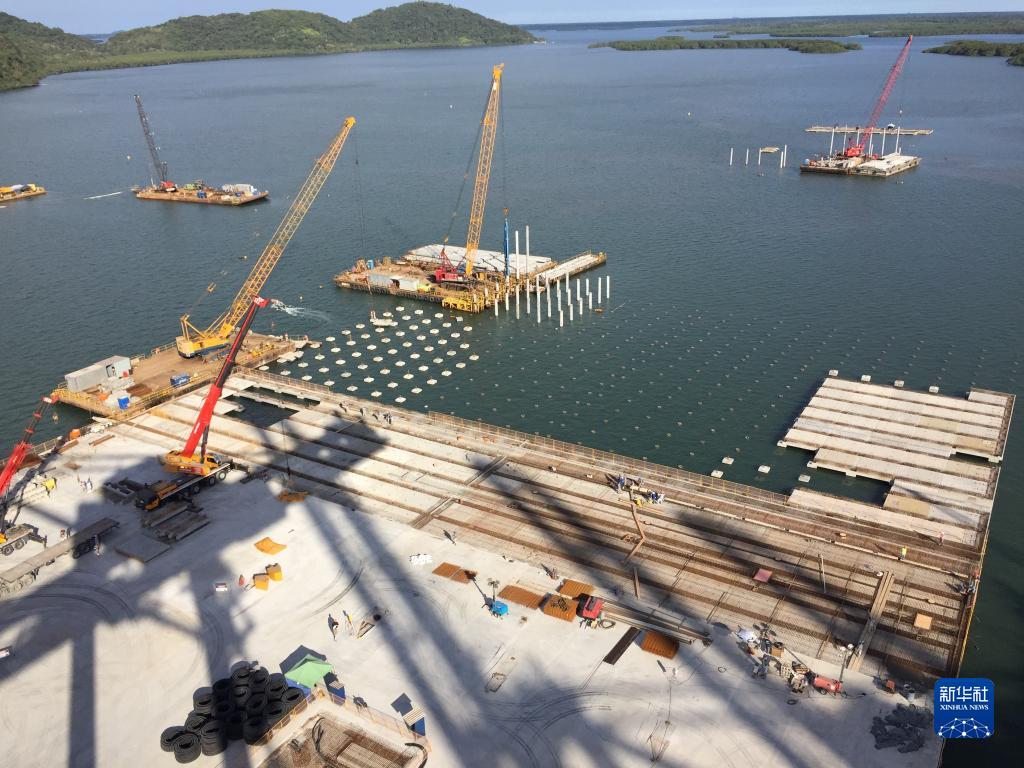 This is the scene of the expansion project of the TCP terminal yard in the Port of Paranagua, Brazil, taken on August 27, 2018.Photo by Xinhua News Agency reporter Peng Hua

Mohammad al-Ajlan, vice chairman of Saudi Arabian Ajlan Brothers Holding Group, said that Ajlan Brothers Group has always been confident in the Chinese market, and adheres to openness, inclusiveness, pragmatic innovation, mutual benefit and win-win results, not only under the BRICS mechanism This initiative is also the real feeling of Saudi companies developing in China. As a Saudi company that has been cultivating in China for 20 years, Aguilan Brothers Group looks forward to becoming an “important participant” in this global cooperation mechanism with the help of the “BRICS+” cooperation model in the context of the increasing influence of the BRICS countries. 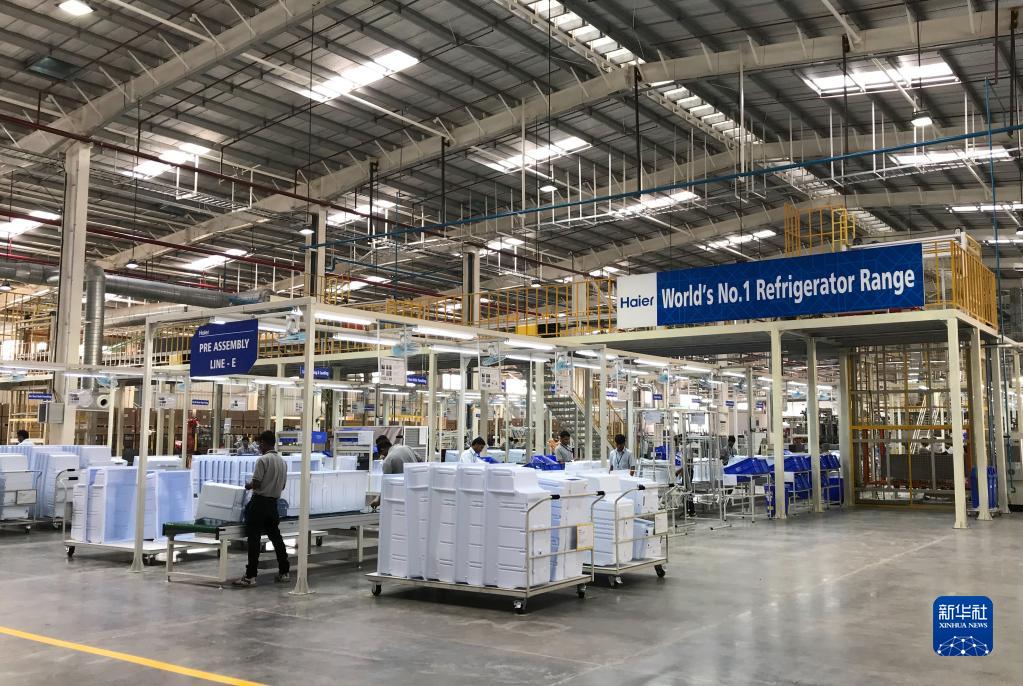 “It is difficult for those who stand alone to rise, and those who do it all tend to follow.” China‘s wisdom and China‘s plan have been widely responded to around the world, and they have continuously gathered forces for development and progress. China will always closely link its own destiny with that of other countries in the world, follow the general trend, follow the right path, and shoulder great justice, so as to push the giant wheel of human civilization to chop waves and sail toward a bright future. (Participating reporters: Shi Xiaomeng, Su Liang, Mu Xuyao, Ding Ying, Wang Xiaomei, Yang Hairuo, Zhao Xiuzhi, Liu Yanan, Zhang Mocheng, Lu Tianran, Jing Jing, Liu Kai, Yan Jie, Liu Kai, Mao Pengfei, Zhang Jiye, Luo Jingjing , Bian Zhuodan, Hu Guan, Hu Xiaoming, Jiang Lei, Wu Changwei, Lu Rui, Bai Lin, Yu Qianliang, Wei Mengjia, Chen Shan, Zheng Shibo)

The escape of Ukrainian soldiers by swimming across the river: “Severodonetsk has fallen”

Shoot at Canberra airport, one stop. The airport...

Thus Mali is becoming Russia’s outpost in the...

The Russian-Ukrainian conflict has not yet eased, will...

Salman Rushdie unplugged from the respirator, manages to...

Salman Rushdie disconnected from the fan, can now...

up to date! Russian Ministry of Defense: Destroy...

Ukraine latest news. Zelensky: The struggle in the...

Wang He: Military exercise around Taiwan is a...