According to statistics from the Brazilian Ministry of Health, as of the 8th local time, Brazil has accumulated more than 600,000 new coronary pneumonia deaths.On the same day, 600 white handkerchiefs were hung from the mast and stood on the famous Copacabana Beach in Rio de Janeiro, Brazil, to commemorate the 600,000 people who died of COVID-19 in Brazil.

In order to commemorate the 600,000 Brazilians who died of the new crown pneumonia, the Rio civil organization erected a mast on the Copacabana Beach in the early morning of the 8th local time and hung 600 white handkerchiefs on it. The organizer of the event said that the 600 white handkerchiefs commemorated the 600,000 compatriots who died of illness, but also protested the various mistakes made by the Brazilian government in responding to the new crown epidemic in the past two years. 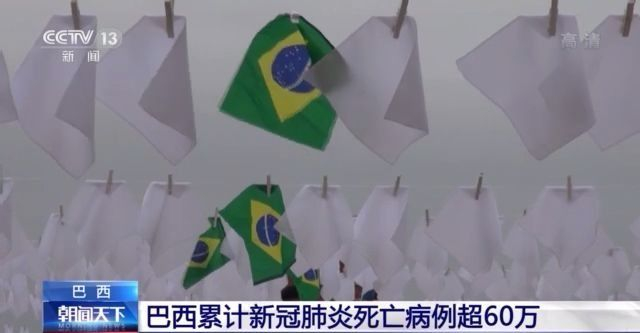 See also  The chief scientist of the World Health Organization may face death penalty charges for not approving the use of ivermectin to treat the new crown|India_Sina Finance_Sina.com

Center-right, the summit lunch between Lega and Forza...

Affected by the new crown epidemic, the number...

The Anglo-French “fishing war” is about to start...

Turning in the USA, the first passport with...

The fishing war in the Channel, the French...

Caritas International: always stand on the side of...