On August 27, 2018, the expansion project of the TCP terminal yard in the Port of Paranagua, Brazil.Photo by Xinhua News Agency reporter Peng Hua 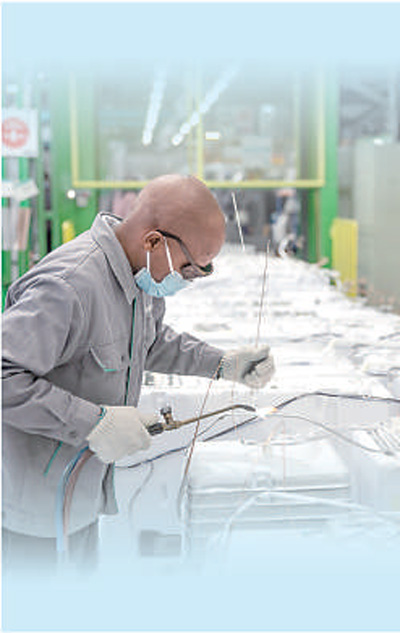 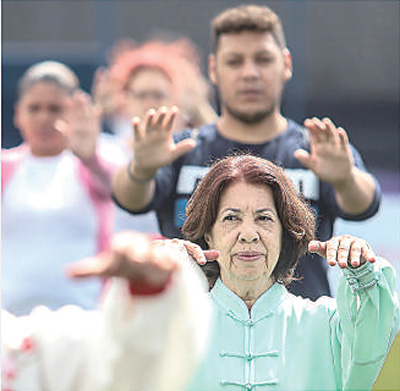 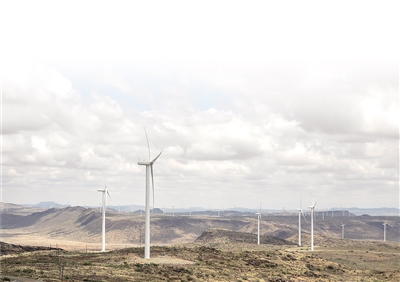 The 14th BRICS Leaders’ Meeting and the Global Development High-level Dialogue were successfully held a few days ago and achieved a series of pioneering, leading and institutional results. Global Security Initiative, Global Development Initiative, BRICS Partnership for New Industrial Revolution, “BRICS+” model… As this year’s BRICS presidency, China is leading the BRICS cooperation to a high-quality development stage, in order to be in a new stage of development. Injecting stability and positive energy into the world in the turbulent and changing period, and contributing Chinese wisdom and Chinese solutions to solving global development problems.

“An important force that cannot be ignored on the international stage”

Russian Ambassador to China Andrei Denisov said in an interview with this reporter recently that 2022 is the “Year of China” for the BRICS. Thanks to China‘s efforts, more than 70 events of various types have been held. The current international situation is complex and volatile. The BRICS countries strengthen cooperation based on the spirit of mutual respect, justice and equality, practice multilateralism, and the BRICS leaders with the theme of “building high-quality partnerships and jointly creating a new era of global development”. The 14th meeting has received extensive attention from the international community.

Denisov said that the BRICS countries have engaged in dialogues on hot issues such as peace and security within relevant mechanisms, and held meaningful discussions on counter-terrorism, safe use of information and communication technologies, global and regional and national security threats. The joint efforts of the countries will effectively promote the resolution of global security issues.”

“The total economic volume of the BRICS countries has accounted for 25% of the world‘s total, and has developed into an important force that cannot be ignored on the international stage.” Denisov said that in 2021, the BRICS foreign ministers passed the “BRICS on Strengthening and Reforming Multilateralism”. System Joint Statement, arguing that global governance should be made more inclusive, representative and participatory in order to promote deeper and more meaningful participation by developing countries and LDCs, especially African countries in global decision-making processes and structures , and make global governance more in line with contemporary realities.

“A model of true multilateralism”

“The BRICS countries are an important force leading the growth of regional and even global economic and trade.” Alessandro Teixeira, former special economic adviser to the Brazilian president, said in an interview with this reporter recently that the BRICS countries have a momentum of cooperation in the economic and trade field. Good, it has made important contributions to promoting global economic recovery and high-quality development.

At the 12th BRICS Economic and Trade Ministers’ Meeting held not long ago, the BRICS countries agreed to strengthen cooperation in the fields of digital economy, trade, investment and sustainable development, supply chain, and the multilateral trading system. Teixeira said that the current international situation is complex and changeable, and risks and challenges have increased significantly. BRICS countries continue to expand practical cooperation in the field of economy and trade, and maintain the security and stability of the global industrial chain and supply chain.

The just-concluded 14th BRICS Summit was themed “Building High-Quality Partnerships to Create a New Era of Global Development”. Teixeira said that the cooperation goals of the BRICS countries are highly compatible with the global development initiative proposed by China, and the cooperation prospects are very broad. “The Global Development Initiative has provided China‘s solution to the global development dilemma, which has been widely responded by the international community. More than 100 countries and international organizations have expressed positive support attitudes, which is of great significance.” He said that he expects China to lead the international community to focus on development issues , to contribute more Chinese wisdom and strength to the promotion of global development.

In recent years, the practical cooperation in the field of infrastructure construction among BRICS countries has been deepening. The second-phase power transmission project of Brazil’s Meilishan Hydropower Station built by a Chinese company is building Brazil’s “electric highway”, which will benefit 10% of the Brazilian population. Teixeira said: “China‘s UHV transmission technology has greatly improved Brazil’s transmission capacity and reduced transmission losses. It is a microcosm of the BRICS cooperation mechanism to promote interconnectivity and enhance cohesion.”

At present, the global economic and social development and security situation are facing complex and severe challenges. Teixeira believes: “BRICS cooperation is a model for practicing true multilateralism, which will promote better participation of emerging market countries and developing countries in global governance.”

“Contribute an important force to the recovery of the world economy”

See also  Germany, explosion at the chemical plant in Leverkusen

Troyo believes that China, as the world‘s second largest economy, has had a more optimized economic structure and stronger technological innovation capabilities in recent years. All parties in the international community have continued to deepen their economic exchanges with China and continue to benefit from China‘s development. China is one of the most attractive investment destinations in the world. China‘s development has provided huge opportunities for countries in the world, including emerging market countries and developing countries.

“The BRICS cooperation mechanism conforms to the expectations of people of all countries for common development, and will help promote the global development process.” Anil Sukral, Deputy Director-General of the South African Ministry of Foreign Affairs, said in an interview with this reporter a few days ago, I am glad to see that in the BRICS “China Year”, China adheres to multilateralism and actively calls on the international community to pay attention to development issues. “This is a re-clarification of how to deal with complex global challenges and highlights that China is leading the BRICS cooperation mechanism. important role in the development and improvement of global governance.”

This year, China holds the BRICS presidency and innovatively held the “BRICS+” dialogue event at the foreign minister level. The BRICS foreign ministers and ministers from nine emerging markets and developing countries gathered together. “The ‘BRICS+’ model is an important step in the development and growth of the BRICS countries, which will promote the development of global governance in a more inclusive direction.” In Suklar’s view, the BRICS countries will further strengthen their relationship with emerging market countries and development The solidarity and cooperation of China will help to hedge against the adverse effects of unilateralism and protectionism on the world. “BRICS countries have set up the banner of upholding genuine multilateralism, which will promote the steady recovery of the world economy and help achieve the UN 2030 Sustainable Development Goals. sustainable development goals.”

Sukral said that due to the COVID-19 epidemic and the complex and volatile international situation, many countries are facing a wave of unemployment and poverty. On the one hand, some countries have invested huge sums of money to fuel the development of conflicts, but on the other hand, they are dealing with global challenges. Little action. “China has continuously appealed to the international community that ‘development is the last word’ on bilateral and multilateral occasions. The global development initiative proposed by President Xi Jinping has been warmly welcomed by the international community, which shows that China‘s proposition has responded to the aspirations of the majority of the world‘s people.”

Next year, South Africa will assume the BRICS chair. “We will continue to work hard on the basis of China‘s achievements this year, and we also look forward to the series of activities to celebrate the 25th anniversary of the establishment of diplomatic relations between the two countries next year, which will promote the deepening and solidity of the relationship between the two countries.” Sukral said.

Das Das, Secretary General of the Pondicherry Branch of the India-China Friendship Association——

“Strengthening BRICS cooperation is in line with the needs of the development of the times.” Bikash Kali Das, secretary general of the Pondicherry branch of the India-China Friendship Association, said in an interview with this reporter recently: “BRICS cooperation is a response to global challenges. Provides an important platform with impressive results.”

At present, the century-old changes and the epidemic of the century are intertwined, and the factors of instability, uncertainty and insecurity in the international situation are increasingly prominent. The BRICS countries have made important contributions to the global fight against the epidemic. Das believes that the BRICS countries can expand digital and technology-related cooperation, especially in the fields of digital health and traditional medicine. High-quality public goods provided by BRICS countries to promote cooperation in global public health governance”.

Das said that pragmatic cooperation is the endogenous driving force of BRICS cooperation. At present, the realization of the UN’s 2030 Sustainable Development Goals faces new challenges. As representatives of emerging markets and developing countries, the BRICS countries have deepened mutually beneficial cooperation in various fields and set an example for the practice of genuine multilateralism.

In 2019, Das went to China to participate in a short-term visiting class for experts from the “Belt and Road” international think tank, and had further research and thinking on China‘s state governance. Das said: “Adhering to the people-centered development philosophy, comprehensively advancing the United Nations’ 2030 Agenda for Sustainable Development, actively addressing climate change, and promoting green and low-carbon transformation… China has always focused on the world‘s development needs and joined hands with other countries to address the global This challenge reflects the responsibility of a major country to promote the common development and progress of mankind.”

Zhong Xuegao’s response to the failure of the ice cream to burn is that many ice creams produced in compliance with the regulations fail to burn? – Viewpoint · Observation – cnBeta.COM

Covid, peak of infections in China: recorded the...

Shoot at Canberra airport, one stop. The airport...

Thus Mali is becoming Russia’s outpost in the...

The Russian-Ukrainian conflict has not yet eased, will...

Salman Rushdie unplugged from the respirator, manages to...

Salman Rushdie disconnected from the fan, can now...

up to date! Russian Ministry of Defense: Destroy...

Ukraine latest news. Zelensky: The struggle in the...