Original title: Djokovic was forced to leave the “Nine Crowns” and finally missed the Australian Open

World tennis men’s singles “one brother”, Serbian tennis star Novak Djokovic’s Australian visa incident settled on the 16th. The Federal Court of Australia ruled on the same day that it supported the Australian government’s revocation of Djokovic’s entry visa, which means that the Australian Open “nine-time champion” and defending champion cannot participate in the 2022 Australian Open, which starts the next day.

Some media reporters saw that Djokovic appeared at Melbourne Tullamarine Airport on the evening of the 16th, and the Emirates flight he took flew to Dubai at around 23:00 local time.

The dispute escalated into a diplomatic rift between Serbia and Australia, drawing widespread attention. Many people accused the Australian government of mishandling, including former Australian Prime Minister Kevin Rudd.

The Federal Court of Australia held a hearing on the case on the 16th, which lasted for several hours. The court then announced its ruling, and the three judges unanimously ruled that Djokovic lost the case. Chief Justice James Allsop did not elaborate on his reasons when he read out the ruling, but said a detailed explanation would be issued in the next few days.

About 70 tennis fans gathered outside the court that day to wait for the verdict, singing in solidarity with Djokovic. After learning of the ruling, the two female fans burst into tears. 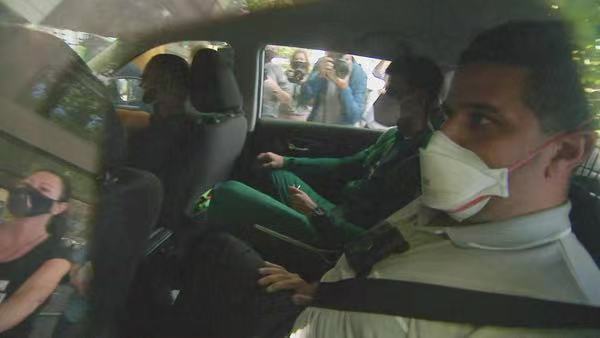 Djokovic said on the 16th that he was “extremely disappointed” by the ruling, but would respect the court’s decision and “cooperate with the (Australian) relevant authorities” on the matter of departure. He also said he intends to “take some time to rest and recover”.

Canadian tennis player Vasek Pospihir posted comments on social media Twitter after the ruling was announced, saying the incident was politicized. He wrote: “The political element is so obvious because (Australia) is going to hold an election… It’s not his (Djokovic) fault, he didn’t want to force his way into the country, and he didn’t ignore it. rule.”

The International Professional Tennis Federation (ATP) said in a statement on the 16th that the ruling brought an end to “a series of deeply regrettable events” and that it will take time to learn its lessons. The statement also said Djokovic’s absence was a loss for the Australian Open.

The ATP also “continues to strongly recommend that all players get vaccinated”.

Serbian President Aleksandar Vucic told the media: “I spoke to Djokovic. I told him we can’t wait to see him. I told him that Serbia will always welcome him (home).”

Another new crown test kit is listed in the United States, and the stock price of Jiu’an Medical has reached the limit again: investors should be rational | Daily Economic News

North Korea, Omicron is rampant and the regime...

In the US, Starbucks will pay travel expenses...

To Steinmann and Micalizzi the Premiolino for the...